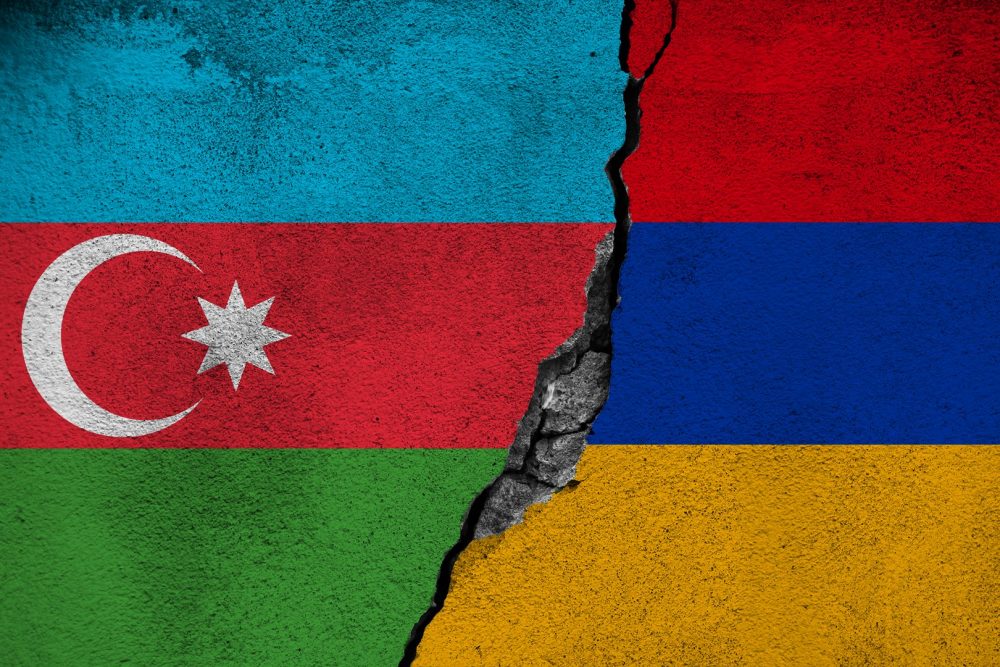 The end result saw Baku liberating much of its land previously occupied by Armenia, the establishment of a small Russian peacekeeping force in the region, and a fragile situation along the Azerbaijani-Armenian border.

Since the ceasefire, much of this border has not been demarcated. So, it is not surprising that, earlier this week, renewed fighting broke out along the border. Although official details are scarce, media reports suggest that several soldiers from each side were killed, with many more wounded, in intense clashes.

It is not clear who instigated this most recent round of fighting. Renewed fighting would probably mean a bigger Russian peacekeeping presence in the region. As one of its client states, a bigger Russian presence would benefit Armenia.

Ever since last year’s war, Armenia has wanted to drag Russia into the fighting on its behalf. Many Armenians were left disappointed during the Second Karabakh War when the Collective Security Treaty Organization failed to intervene on their behalf. The CSTO is an intergovernmental security organization led by Russia. Armenia is a member and Azerbaijan is not. Despite Armenian pressure, the CSTO remained out of last year’s war. Since the fighting was taking place inside the internationally recognized borders of Azerbaijan, the organization said it had no obligation to assist Armenia. Now that Armenia claims its territory has been attacked during the recent clashes, it has requested CSTO assistance once again.

It is equally unclear what motivation Azerbaijan would have for a resumption of hostilities with Armenia right now. It is not in Baku’s interest to have the Russian peacekeeping force on its territory any longer than needed. More clashes along the undefined border give Moscow further justification to maintain its peacekeeping force in Azerbaijan.

Also, most of Baku’s military objectives, namely the return of occupied regions to its control, was achieved during the war last year. Since the end of hostilities, Azerbaijan has focused on rebuilding and repopulating its newly liberated territory. It is also trying to attract international investors to the region. Obviously, any breakout of hostilities could complicate, if not derail, these efforts.

Azerbaijan also has a significant security dilemma on its southern border with Iran, which makes it unlikely to want to increase military tensions with Armenia right now. The relationship between Azerbaijan and Iran has become fraught in recent years. Tehran has criticized Baku’s good relations with Israel. Meanwhile, Iran’s cozy relationship with Armenia is a constant source of concern for Azerbaijan. Last month, Iran conducted large-scale and provocative military exercises along its border with Azerbaijan, in a section that was under Armenian occupation until last year.

These maneuvers rattled policymakers in Baku.

In addition to properly delineating the Azerbaijani-Armenian border, there are two other areas of contention from the agreement that need to be addressed urgently if there is ever going to be an enduring peace.

The first issue is the establishment of the Zangezur corridor. For years, Baku has been desperate to have a direct land connection with its Nakhchivan enclave. Due to the frozen conflict over Nagorno-Karabakh, Armenia prevented Azerbaijan from using its land or airspace to reach Nakhchivan. However, according to Article 9 of last year’s ceasefire agreement: “All economic and transport connections in the region shall be unblocked. The Republic of Armenia shall guarantee the security of transport connections between the western regions of the Republic of Azerbaijan and the Nakhchivan Autonomous Republic.”

A year later, no progress has been made on this issue and this has irked Baku.

Another issue that continues to be a big problem pertains to Article 4 of the ceasefire agreement. This states that Russian peacekeeping forces will be deployed to a rump section of Nagorno-Karabakh where a small Armenian minority resides, “concurrently with the withdrawal of the Armenian troops.” While Russian peacekeepers have arrived in the region, not all Armenian and Armenian-backed forces have withdrawn. Baku is reasonably frustrated with the lack of progress to implement this aspect of the peace agreement.

This border flare-up between Azerbaijan and Armenia is one more geopolitical challenge the broader European region is currently facing. There is a crippling political crisis in Georgia over the ongoing detention and treatment of former President Mikheil Saakashvili. Belarus has created a migrant crisis on the border with Poland, Lithuania and Latvia. Eastern Europe is facing a major energy crisis as winter approaches. Last week, Europe reported almost 2 million COVID-19 cases. Unbelievably, this is the most cases in a single week in Europe since the pandemic started. The last thing that the region needs is a new breakout of major fighting between Armenia and Azerbaijan.

The warning lights are flashing. The South Caucasus is on the brink of even more blood being shed. But with renewed diplomatic energy, conflict can be avoided. In the past, Armenians and Azeris traded with each other and lived peacefully together. Now is the time for the international community to build an enduring peace between Armenia and Azerbaijan.

Luke Coffey is Director of the Douglas and Sarah Allison Center for Foreign Policy at the Heritage Foundation.