Serbia will be able to buy electricity from Azerbaijan on favorable terms, the office of the Serbian head of state Aleksandar Vučić announced following the latter's phone call to President of Azerbaijan Ilham Aliyev on Sunday. 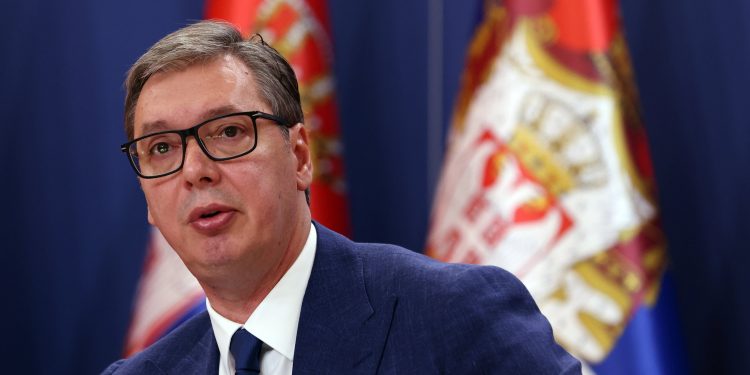 Vučić asked Aliyev to help secure sufficient supplies of electricity to Serbia, and the Azerbaijani head of state acceded to the request, telling him about the approval of an interstate deal, under which Serbia would buy electricity from Azerbaijan on favorable terms.

According to the statement, during the conversation initiated by the Serbian president on the occasion of the 25th anniversary of the establishment of diplomatic relations between Serbia and Azerbaijan, concrete proposals for continued cooperation and issues of mutual interest were discussed.

The heads of state agreed that Serbia and Azerbaijan had established a good partnership over a quarter of a century, and that relations between Belgrade and Baku had reached the level of strategic partnership.

Vučić stressed that Belgrade intends to continue developing relations with Baku, based on friendship and mutual understanding.

He urged his Azerbaijani counterpart to visit Serbia as soon as possible in order to “give an impetus to cooperation, especially in such areas as energy and agriculture”.

Vučić thanked Azerbaijan for respecting Serbia’s territorial integrity and sovereignty and pointed out that Belgrade is strongly committed to respecting international law and the inviolability of the borders of all UN members.