Overview of relations between Azerbaijan and Israel

Our readers are aware of the position of Aze.Media platform: we support the strengthening of all-round ties with Israel, we stand for the secular course of development for Azerbaijan and express our absolute negative attitude towards Iran's fundamentalist influence and expansionist plans with regard to Azerbaijan. 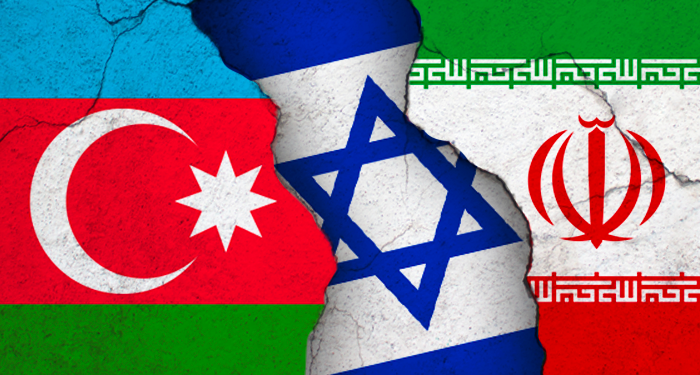 However, in keeping with the principles of objectivity and pluralism, our editorial board decided to repost the IRNA article, so that readers of our digest could get acquainted with the arguments of the opposing side.

Overview of relations between Azerbaijan and Israel

The strategic policy of the Zionist regime before the victory of the Islamic Revolution was to establish relations with non-Arab Islamic countries in order to present the issue of the dispute with Palestine as an issue only between the Arabs and Israel.

For this reason, the Arab-Israeli differences were discussed in political circles, and Islam had no place in it. At that time, Ben-Gurion, the theoretician of the Zionist regime, believed that the countries of Turkey, Iran, and Ethiopia could become part of the axes and main partners of Israel. After the victory of the Islamic Revolution, the situation changed and the Islamic Republic of Iran emerged as the newest opponent and enemy of Israel, it did not recognize this regime and foiled the theories of the Zionist regime. From then on, Israel’s differences with the Muslim world over the issue of Palestine and the freedom of the first Muslim Qibla became prominent.

The collapse of the Soviet Union in 1991 created a new and more suitable environment for the Zionist regime. The countries that separated from the former Soviet Union, although they mainly had secular systems and were considered non-religious countries based on the provisions of their constitutions, had a majority Muslim population. For this reason, there was an opportunity for Israel to establish relations with these countries to insinuate that it has increased its relations with Muslim countries and has no problem with the Islamic world. Based on this, Israel was one of the first to recognize the independence of Central Asia and the Caucasus and established its relationship with Kazakhstan and the Republic of Azerbaijan in the first stage. In fact, in order to obtain non-Arab allies in the Caucasus and Central Asia, Israel intends to show the world that it has friends among Muslim countries.

The occupation regime of Palestine entered this region from the path of agriculture and creation of model farms and transfer of experience to the newly independent countries, and with the same motive, it entered the Republic of Azerbaijan. Subsequently, this regime gained influence in various fields, including commercial, security, and IT issues in Azerbaijan.

Israel is trying to magnify its influence in the countries of Central Asia and the Caucasus, including the Republic of Azerbaijan, by publishing unreal statistics. For example, this regime says that it has 6 billion dollars in military relations with Azerbaijan, while according to official statistics, the volume of economic relations between Azerbaijan and Israel, including oil sales and other exchanges, is 6 billion, which also does not seem real. Some military officials of Azerbaijan have admitted in private meetings that the weapons that Israel gives them are not first-class and in particular equipping the Iron Dome in the Republic of Azerbaijan was just an unenforceable promise to the Azeris.

It was also important for the Republic of Azerbaijan to use the Jewish lobby at the international level to isolate the Armenian lobby in the position of the Karabakh war. For this reason, the authorities of Azerbaijan, who were aware of the influence of Jews in America and their lobby from a long time ago, in order to counter the Armenian lobby and put one of the foundations of their foreign policy on the basis of being as close as possible to the Jews. Of course, Israel’s hypocritical approach towards Azerbaijan and Armenia gradually made Baku suspicious of Zionist motives. At a time when the war between the two countries had escalated, Israel established intelligence and security cooperation with Armenia, and Yerevan opened its embassy in Tel Aviv to distance Israel and Azerbaijan. This was while Azerbaijan still did not have an embassy in Israel. In the current solution, Pashinyan’s government’s communications with Israel continued secretly, which was not hidden from Baku’s eyes either.

Another goal of the presence of the Zionist regime in Iran’s neighboring countries, especially the Republic of Azerbaijan, was to destroy Iran’s friendly relations with these countries. In this regard, Israel’s propaganda machine became active in the media spheres, repeatedly faked news, and activated its public diplomacy in the direction of Islamophobia, Iranophobia, and Shiaphobia. Of course, the officials of Iran and Azerbaijan, who have a strategic view of relations between them, are aware of Israel’s tricks and take necessary precautions. Baku officials are aware of Iran’s sensitivity and have repeatedly announced that they will not allow the Zionist regime to make any moves against Iran, but in some cases, Israeli agents bypassed Azerbaijan’s security officials and made moves that received an appropriate response from Iran. It is natural that the Islamic Republic of Iran has fully monitored all the movements of Israel in its surroundings and has shown many times in practice that it is closely monitoring the activities of this regime in the neighboring countries.

The final point is that Israel usually advertises that the relationship between Tel Aviv and Baku will become a strategic relationship. But the reality is that no Muslim country can establish strategic relations with Israel because this regime is the biggest security threat in the Islamic world, occupies the first Qibla of Muslims, and commits new crimes against Muslims every day. Therefore, relations between Baku and Tel Aviv are not on the way to becoming strategic, and strengthening Iran’s friendship with its neighbors, including the Republic of Azerbaijan, will isolate the Zionist regime.