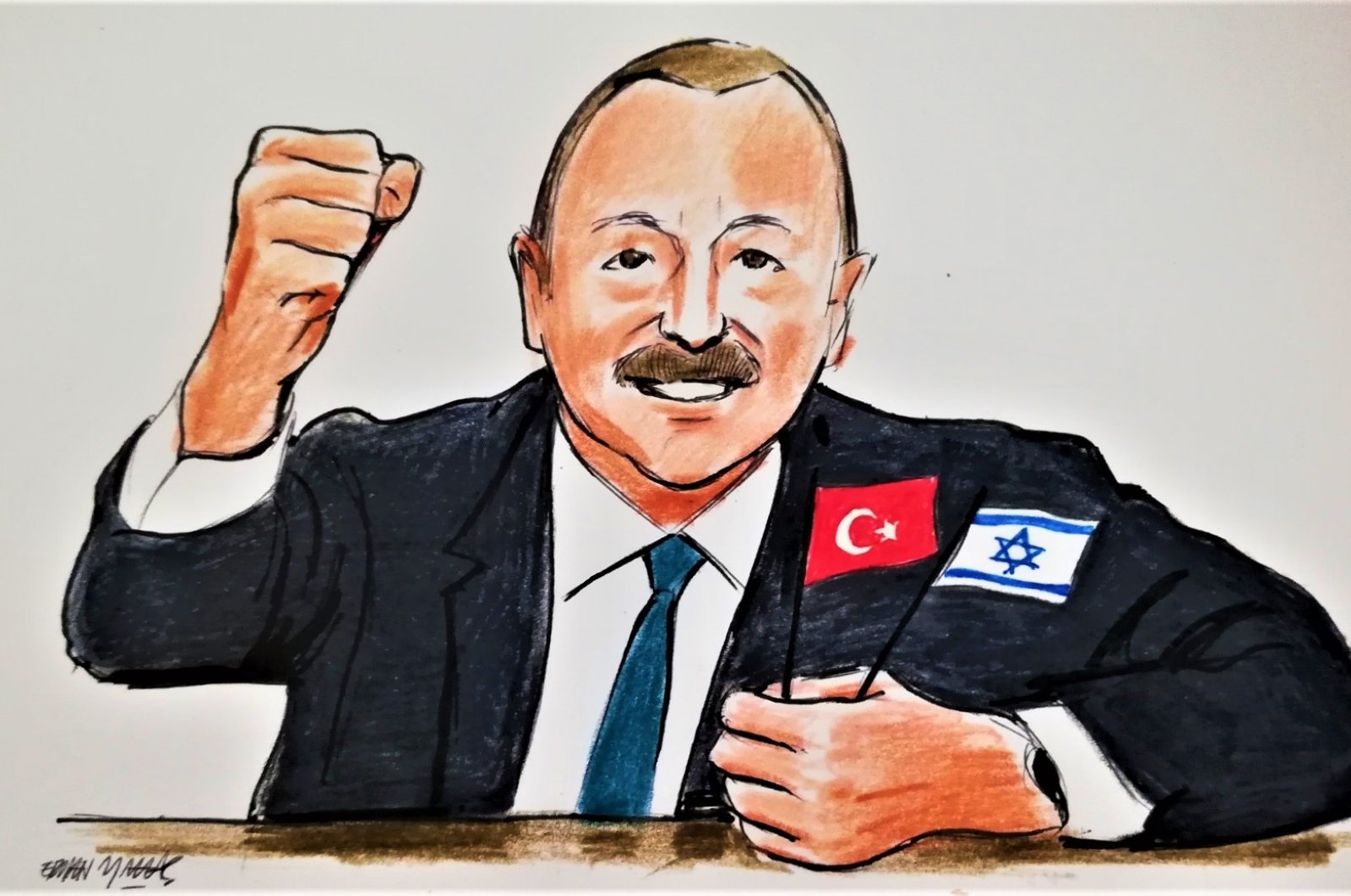 According to the Turkish media, the invitation extended to Israeli Energy Minister Yuval Steinitz to attend the Antalya Diplomacy Forum to be held in June was seen as a new chance to improve relations. It can be said that this invitation was expected after Arab countries normalized their relations with Israel.

In fact, the signing of the agreement between Israel and Turkey in June 2016 and the paying of a $20 million (TL 167.06 million) compensation to the victims of the Mavi Marmara incident could have been a new beginning for the relations, but regional power projections prevented this. The two former allies engaging in a new geopolitical struggle in the Eastern Mediterranean had undesirable consequences for both.

The Azerbaijan-Turkey-Israel trilateral relations established in the 90s should be considered exemplary as the earliest trilateral cooperation established in the South Caucasus region. Cooperation at that time had several important dimensions: to have a more powerful position in regional balance, to expand military and energy cooperation and to ensure inter-diaspora cooperation in the West. When we look back at the cooperation between diasporas, a successful struggle was carried out against the aggressive attacks of the Armenian diaspora, especially in the U.S. Congress.

Turkey and Israel made important contributions to “Operation Iron Fist.” Turkey’s unmanned combat aerial vehicle (UCAV) Bayraktar TB2 and Israel’s drones Harop contributed to the breaking of the defense line of the Armenian army, which occupied Azerbaijan’s territories, and to the Azerbaijani army’s successful liberation operation. Azerbaijan effectively used a combination of both countries’ modern technologies. Israel did not heed the objections of Armenia against selling weapons to Azerbaijan and, after a short time, Armenia recalled its ambassador, which it appointed with the hope of increasing support for Yerevan. On the other hand, Azerbaijani Jews living in Israel carried flags of Turkey, Azerbaijan and Israel together while celebrating the outcome of the Second Karabakh War.

Turkish and Israeli companies are working together to rebuild areas liberated from the Armenian occupation in Azerbaijan. Intergovernmental economic commissions’ meetings between Turkey-Azerbaijan and Israel-Azerbaijan were held nearly at the same time. Planning to expand its preferential trade agreement with Turkey, Azerbaijan decided to open a diplomatic trade and tourism representation office in Israel. Israel’s Foreign Minister Gabi Ashkenazi welcomed Azerbaijan’s plan to open a center in Israel to promote tourism and commerce, calling it an important step toward opening an embassy in Israel.

In fact, Azerbaijan has successfully maintained relations with disputing parties in the past. In some instances, the country even managed to mediate between the disputing parties. Azerbaijan also contributed to the normalization of relations between Turkey and Russia in 2016. Chiefs of general staff of the U.S. and Russian Federation, as well as the NATO secretary-general, met in Baku several times in order to negotiate international and regional disputes. In this sense, Baku, as a city of successful negotiations, can be the first location of a meeting between the foreign ministers of Israel and Turkey.

Based on past experience, tripartite cooperation in diaspora activities is a necessity and can achieve successful results. This is necessary at a time when multiple lobby and diaspora organizations in Washington, along with enemies of Turkey, are brutally attacking Turkey in the U.S. Congress. It is not a coincidence that U.S. President Joe Biden for the first time used the term “genocide” regarding the 1915 events. In this sense, it is necessary to increase the number of friends and reduce the number of enemies in order to counteract new moves. This definition is valid both in interstate relations and in relations between diasporas.

Likewise, this issue is important in terms of regional power balances from the Eastern Mediterranean to the Caucasus. For a long time, some states have benefited from the tensions in Turkey-Israel relations, an occurrence that both countries should not allow. Both Turkey and Israel will benefit from cooperating in the Eastern Mediterranean. A delimitation agreement will be greatly beneficial for the two countries. Besides, Turkey is the shortest and cheapest route for delivering Israeli natural gas to Europe.

The basic principle of international relations is based on the existence of permanent interests, not constant friendships and enmities. When we act on this logic, countries, as per their interests, can be friends and enemies. Today, it may be in the interest of all three states to revive the trilateral cooperation of Azerbaijan, Turkey and Israel. Only the right time and place need to be determined to normalize relations.