What Armenian lobbyists ask for money for

American congressmen, lobbying for the interests of Armenia, dumbfounded American taxpayers with another initiative coming from the Armenian lobby. The bill presented by Congressmen Frank Pallone, Jackie Speyer and Adam Schiff contains a proposal to allocate more than $ 100 million to Armenia for reforms in the economy and security, as well as for the reconstruction of the "NKR" which ceased to exist after the Second Karabakh war. 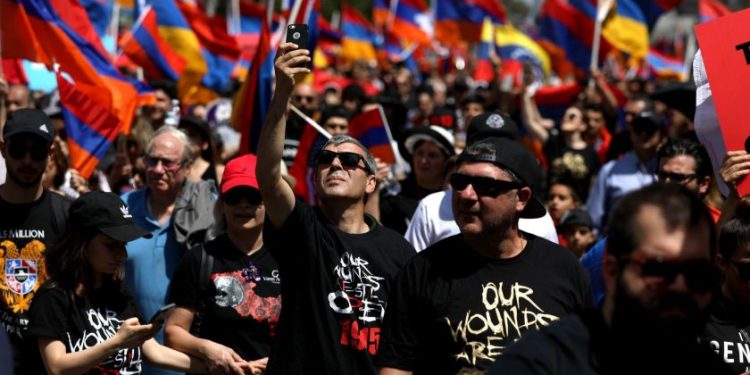 The lobbyists propose to “unfasten” the money through the State Department and the US Agency for International Development, the highest federal agency in the field of foreign aid.

This is not the first “request” of this kind for Armenia’s assistance. Over the past decades, money entered the country through various channels, and it was planned to spend it on good goals, but the “good goals” were not achieved. Funds from abroad were allegedly attracted to maintain a dignified life for the Armenian people both in Armenia itself and in the occupied Azerbaijani territories, which for decades remained a gray zone where drug trafficking, arms smuggling and other illegal activities flourished.

Vestnik Kavkaza has already written about the misappropriation of the funds of the Hayastan All-Armenian Fund (See Where did the money of the Armenian diaspora go “). Clannishness, corruption, nepotism that reigned in Armenia made it possible to build a scheme in which the financial assistance of the diaspora, intended for the people,” You don’t have to go far to find evidence: during the Second Karabakh war, photographs and video frames were constantly coming from the conflict zone, demonstrating how poor people lived there.

Meanwhile, on the net you can find many photographs of mansions and palaces, a large part of which was just built with “sawn” money.

In fact, the attracted funds go in two directions: to ensure a comfortable life for the top of the Armenian diaspora and those in power in Yerevan, as well as the process of lobbying the interests of these people, which, as you know, is not cheap. Lobbyists do not work for the idea, especially since they have to work a lot. The above bill of American congressmen, as mentioned above, is far from the first. Last year, after the July provocation of Armenia on the border in Azerbaijan, the same three senators and Tej Cox and Brad Sherman, who joined them, came up with a draft amendment to the law “On State Defense” for the 2021 fiscal year, which would limit military aid to Azerbaijan, and immediately after the end of the Second Karabakh War, Schiff, Pellon, Speyer sent a letter to Joe Biden with an appeal after the inauguration to “reorient” the country’s policy on Nagorno-Karabakh.

Help from the Western states is extremely necessary today for those who are at this trough, because the Hayastan Foundation manages to collect less and less money during its telethons. Donations are declining year after year, but the five senators listed above have remained “supporters of the foundation” and guests of the telethon for many years.

Be that as it may, the leaders of the Armenian diaspora do not cease on behalf of ordinary citizens of Armenia to beg from the United States and other countries for money for territories belonging to another state. Against the background of the impoverishment and emigration of the population from Armenia itself, the question of where and to whom exactly the millions already received from Western sponsors during the 28 years of the occupation of Karabakh went, remains open.