What did Bayramov and Mirzoyan discuss in Tbilisi?

The Foreign Ministers of Azerbaijan and Armenia held a bilateral meeting in Tbilisi, Georgia, on July 16, 2022. 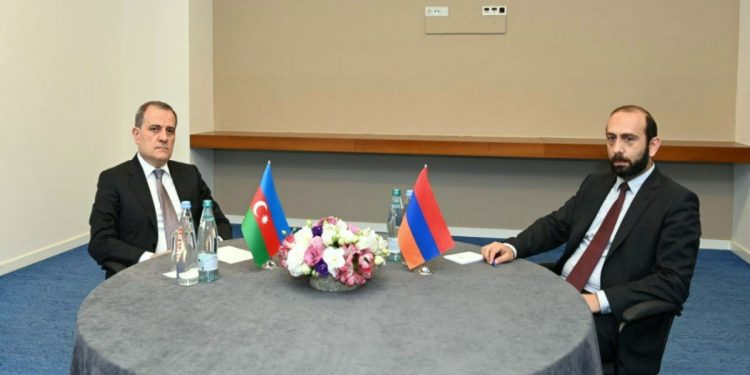 According to the Ministry of Foreign Affairs press release, the two ministers touched upon a range of issues pertaining to the normalization of relations between Azerbaijan and Armenia and discussed the implementation of the commitments made by the two countries, exchanging views on possible further steps.

Minister Jeyhun Bayramov said that all efforts should be aimed at achieving progress in the regulation of inter-state relations between Azerbaijan and Armenia based on the post-conflict realities that had emerged after the resolution of the armed conflict between the two countries.

In this context, he highlighted the need to fulfill all clauses of the trilateral statements signed by the leaders of Azerbaijan, Armenia and Russia, in particular the withdrawal of Armenian armed forces from the territory of Azerbaijan.

Trending
Out of his tree: Medvedev questioned sovereignty of Georgia and Kazakhstan

Talking about humanitarian issues, Minister Jeyhun Bayramov stressed the importance of finding out the fate of nearly 4,000 missing Azerbaijanis.

The two ministers also emphasized the importance of continuing the direct dialogue between Azerbaijan and Armenia and thanked the Georgian side for hosting the meeting.