What does CIA chief’s arrival in Armenia mean?

On his Telegram channel, Azerbaijani political analyst Farhad Mammadov reasons about the purpose of the CIA director's arrival in Armenia. 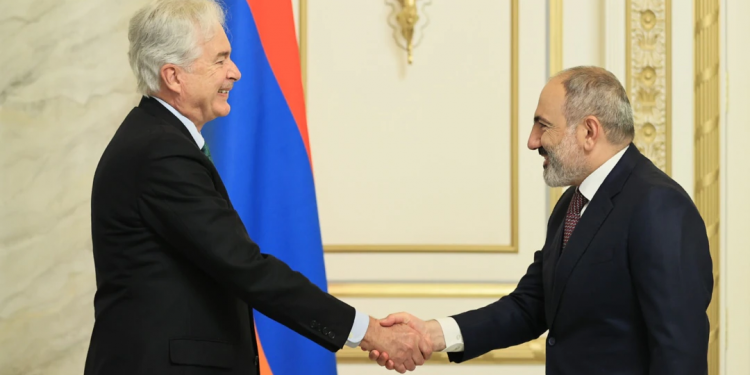 “The CIA director has arrived in Armenia. This is an interesting event, as the heads of US special services rarely visit our region. Traditionally the State Department and to some extent the Pentagon deal with our region.

By the way, I wonder about the route of the visit: will it be a regional visit to all South Caucasus countries or only to Armenia?

For the US in the South Caucasus region, Armenia is of interest in four ways, three of which are objective, one subjective.

– After Pashinyan came to power there is an opportunity to turn Armenia facing the West and back on Russia… or sideways, depending on one’s preference;

– Armenia has the largest US embassy in the region and one of the largest in the world. With closed borders with Türkiye and Azerbaijan, as well as with US-friendly Georgia, this embassy carries out activities toward Iran. In this context, the CIA may even have more staff at the embassy in Armenia than the State Department. The Armenian diaspora in Iran, truck drivers, and Iranian tourists are informants for the American secret services. They, including the local cleaners, drivers, cooks etc., also look after the Russian base;

– Armenia has become a leader in receiving dissidents and various firms in the IT sphere who fled Russia, which may be of interest to US intelligence services in the direction of anti-Russian activities.

– The Armenian diaspora in the US and its lobbying organizations are creating a myth that support for Armenia is part of US national interests.

So, the CIA chief’s visit to Russia’s ally country is a kick in the guts. If we take into account that the pro-Russian media were the first to cover this visit, then it seems that yesterday’s visit of the Russian ambassador to Azerbaijan to Shusha is a response to today’s visit.

And in conclusion for some reason, I remembered the process of signing the Zurich protocols when Lavrov sent a note to Nalbandian: “Edik, sign it!” I wonder what note Burns brought with him… We will understand it by the behavior of the Armenian Prime Minister.