What Greek community of Azerbaijan said about Archbishop Alexander

The Greek community of Azerbaijan laid a wreath at the funeral of the Archbishop of Baku and Azerbaijan (Moscow Patriarchate), Alexander (Issen), as a token of honor for a hierarch whom they loved. 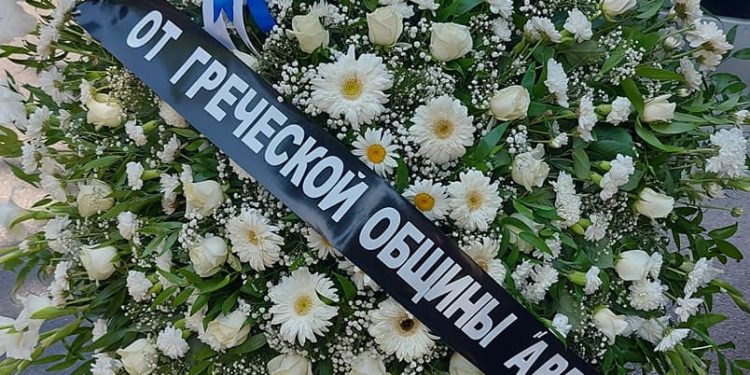 The funeral took place today, the day the Archbishop would have been 69 years old.

“As there are no Greek churches in Azerbaijan, the Greek community uses Russian churches to perform its religious services. This is one of the reasons why Archbishop Alexander was not a stranger to us.

He was a man of humor, who loved Greece very much and we were often told about the pilgrimages he had made in Greece,” Saida Mehdiyeva, President of the Greek community of Azerbaijan “Argo,” told OrthodoxTimes.

She said the hierarch was very dear to the people of Azerbaijan as he did his best to improve the relations between the representatives of different religions and denominations.

According to reports, he also helped prevent the conflict between Azerbaijan and Armenia from becoming a religious conflict.

Archbishop Alexander reposed in the Lord last Thursday after a long-term illness.