Why Iran threatens Azerbaijan together with Israel

In recent days, Iran has threatened to destroy Azerbaijan alongside Israel in a video clip: “Israel don’t stray too far from your path. 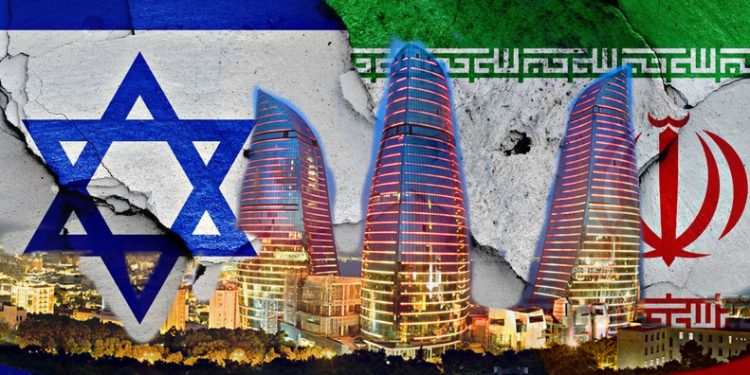 Don’t dig your own grave with your own hands. Iran declares this so that Azerbaijan knows and understands that anyone who looks the wrong way at Iran must be destroyed.”

Iran made these declarations after holding military exercises near the Azerbaijani borde around the same time that Iran opened up a consulate in the Armenian city of Kapan close to the Azerbaijani border. Iran’s new consul general in Kapan threatened Azerbaijan’s establishment of the proposed Zangezur Corridor, which would connect Azerbaijan’s autonomous Nakhichevan region with the rest of the country.

Iran is threatened by the establishment of this corridor, as it would cut off Iranian supply routes. The question many may ponder, why is Iran busy threatening Azerbaijan at a time when massive protests are threatening its own regime?

Indeed, as we speak, despite the heavy repression by the Iranian regime, the protests rage on. In fact, prominent Middle East scholar Dr. Mordechai Kedar earlier on initially reported that even the Iranian Army is not listening to the Iranian Revolutionary Guards according to reports he got from a source inside of Iran:

“The situation in Iran is not so good. It is a revolution of the people against the regime. The minorities demand their freedom. The regime suspects that the Azerbaijanis in Azerbaijan take part in it and allow Israel to use their soil as a bridge to bring support to the rebels. So, this is what is going on now.” He speculates this is why Iran is now threatening Azerbaijan together with Israel.

Ahmad Obali, the founder of the Azerbaijani language Gunaz TV, believes that it is much deeper than that. He noted that Iran’s repression of Azerbaijanis is comprehensive inside of Iran and it exists because the Iranians feel threatened by a strong Azerbaijan:

“There is a whole setup of an assimilation process that the government has taken against non-Persians. Azerbaijanis are facing the harshest for we are the highest among the ethnic groups and we have been in power for hundreds of years, so we have a chance to take the power back. Furthermore, Azerbaijan is an independent country and we are part of the Turkic world, and the Turkic Council is becoming a reality. With all of this combined, Iran has taken a harsh stance against Azerbaijanis.”

“They also bar Azerbaijanis from moving to other parts of the country for their economic betterment. The other thing is that the government systematically destroys our historic monuments and changes geographic names, thus Persianizing them.”

According to him, “Over time, they can claim we are newcomers, as the names are in Persian, not Azerbaijani. The discrimination includes language, culture, education and even economics. If there is an investor in Azerbaijan and Isfahan, the net income from Azerbaijan has over 15 percent tax and less than 3 percent in Isfahan. This encourages people to invest in Persian and non-Azerbaijani areas.”

According to him, “The discrimination is systematic. They mock us in the media and movies. They gave us terrible roles on TV and in films. They do this to make Azerbaijani kids ashamed of themselves. It is a systematic government sponsored policy. That is one of the reasons we are protesting against the government. We are not repeating slogans. The main slogan in Azerbaijani cities is ‘freedom, justice and national government.’ It means we want a local Azerbaijani national government that we witnessed in 1945, with either autonomy or independence. This is the main slogan.”

While Azerbaijanis are protesting alongside Persians, Ahwaz, Kurds, Baloch and members of other nationalities, this does not mean that Azerbaijani protesters have the same goals as Persian protesters.

As Obali noted, “More and more, we Azerbaijanis in Iran believe that the best and perhaps easiest thing is to have an independent South Azerbaijan, as everything else is vague promises, like we have seen in the last 100 years. Right now, they do not even promise us education in our mother tongue, neither the opposition nor the government. Therefore, Azerbaijanis are more independent minded than anything else. The blame for separatist sentiments is on the shoulders of the mainstream opposition figures and the government, as no one recognizes that Iran is a multinational country that should have education in each sector’s mother tongue.”

Rachel Avraham is the CEO of the Dona Gracia Center for Diplomacy and an Israel-based journalist. She is the author of “Women and Jihad: Debating Palestinian Female Suicide Bombings in the American, Israeli and Arab Media.”