Nikol Pashinyan pointed out that the Azerbaijani Armed Forces had blocked a segment of the road saying that some people from the Armenian side had stabbed Azerbaijani board guards. 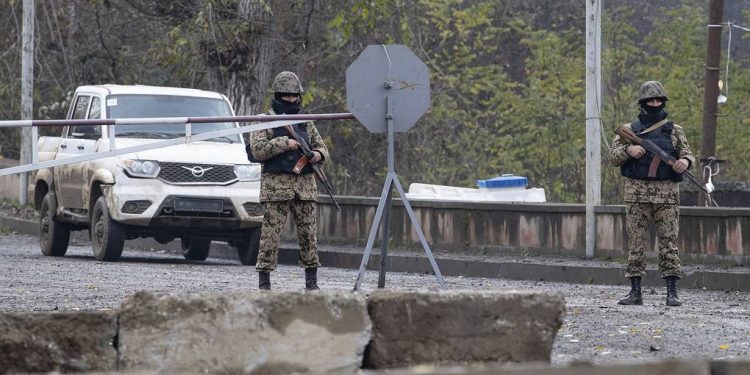 “The Azerbaijanis have blocked a segment of the road saying that some people from the Armenian side <…> stabbed Azerbaijani board guards. We officially declare that nothing of the kind happened. However, if there are any facts, we call on Azerbaijan to provide them to Armenia so that an investigation can be conducted. At the same time, these developments violate the agreement that Azerbaijan reached with Armenia and Russia, reflected in the Defense Ministry’s statement from December 2020,” Pashinyan pointed out.

Armenia’s National Security Service said earlier on Thursday that on Wednesday night, Azerbaijani troops had blocked a segment of the Goris-Kapan interstate highway that connects Armenia with Iran.

In accordance with a statement adopted by the leaders of Russia, Armenia and Azerbaijan on November 9, 2020, seven districts adjacent to the disputed Nagorno-Karabakh region were handed over to Baku with the exception of the Lachin Corridor connecting Armenia and Nagorno-Karabakh. The Karmrakar-Shurnukh segment of the highway connecting Armenia with Iran was also handed over to Azerbaijan but a Russian border post was set up there to ensure the free movement of people and vehicles.