“Island of bad luck”, not “island of democracy”

Another Armenian myth is crumbling before our eyes. The most economically backward state in the South Caucasus, which has isolated itself from all major economic projects successfully implemented in the region. Armenia. A country heading towards a financial crisis and living on credit. Again, Armenia. The size of its external debt has already approached 70% of its GDP. 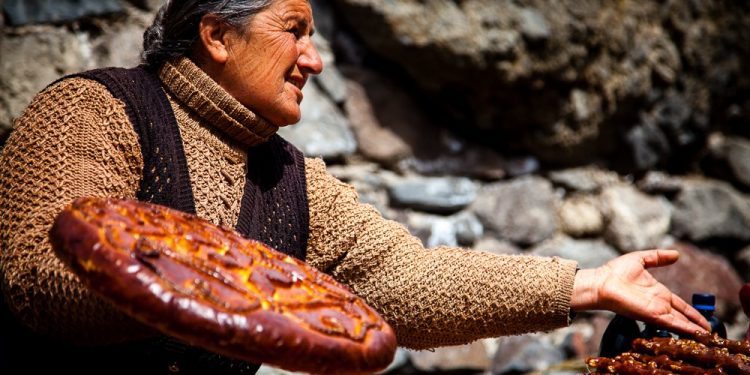 Armenia, a state that is unable to secure its borders with its own resources.

In fact, thirty years after gaining independence, Armenia has practically no attributes of sovereignty.

These are indisputable facts. But the citizens of Armenia found at least some consolation—or justification, whichever you prefer—in a new myth of their own invention.

Immediately after the so-called “velvet revolution”, a new myth was born in Armenia. The country, which had occupied 20% of the territory of its neighbor and made over a million Azerbaijanis refugees and internally displaced persons, ignoring international law and UN resolutions, announced itself to be the “island of democracy” in the South Caucasus.

“What a monumental nonsense!” any sane person will say. But that’s the thing: this is Armenia we are talking about, the country that has traditionally invented delusional myths, believed in them, and watched their collapse with horror. It happened with the myths of the “invincible” Armenian army and the “impenetrable” lines of defense named after one of the “heroes” of the Khojaly Genocide, Seyran Ohanyan. It is happening right now with the myth of the “island of democracy in the South Caucasus.” The “patient” expired when the report of the US Department of State overviewing the current human rights situation in Armenia for the period from 2019 to 2021 was made public. It was compiled from the reports published by a number of international non-governmental organizations, including Human Rights Watch (HRW), Amnesty International, Freedom House, International Federation of Human Rights (FIDH), and contains references to the US Department of State, Human Rights Report 2020, 2020 EU Annual Report on Human Rights and Democracy, World Economic Forum and the United Nations Entity for Gender Equality and the Empowerment of Women (UN Women). The report covers the period of the rule of Nikol Pashinyan and his team, who came to power on the waves of the velvet revolution.

The conclusions are unambiguous: Armenia is a semi-consolidated authoritarian regime with mediocre politics, a polarized society, and a lack of an independent judicial system. I would like to emphasize that the report indicates that discrimination against minorities and disadvantaged groups remains a pressing human rights issue.

One might add, of course, that the total number of representatives of ethnic minorities living in Armenia is dismally small. Armenia has long been an almost monoethnic state. As opposed, by the way, to Azerbaijan, where Russians, Ukrainians, Jews, Talysh, Lezgins, and dozens of other ethnic groups live side by side with Azerbaijanis. Many of them fought and gave their lives for their homeland in the First Karabakh War and in the 44-day Patriotic War.

Speaking of the results of the war, according to the US State Department report, antisemitic tendencies in the Armenian society intensified in 2020 because of Israel’s support of Azerbaijan in the conflict. While some antisemitic comments had appeared in Armenian social media even earlier, never being condemned by the authorities, their number and intensity increased during the large-scale hostilities between Azerbaijan and Armenia in the fall 2020, and the Holocaust and Genocide Memorial was vandalized twice.

These are the realities of Armenia, the country that tried to present itself as the “island of democracy” in our region, while being the territory of hatred, Azerbaijanophobia, Turkophobia, Judeophobia, Russophobia. Moreover, Armenia continues to be a state using terrorism to deal with domestic political issues. Quite recently, in early August, Zaruhi Postanjyan, leader of the Apricot Country Party, made a statement regarding the explosion of her husband’s car. The statement was addressed to Prosecutor General Artur Davtyan and Ombudsman Arman Tatoyan. The incident took place at about half past three in the morning of August 5. The Mercedes parked in the courtyard of the house where the Postanjyans live, between Kasyan and Gyulbenkian Streets, was blown up by unknown assailants. According to the leader of the Apricot Country Party, it is clear that the Republic of Armenia not only fails to fulfill its obligations in the fight against terrorism, but also sponsors it, creating an atmosphere of fear and anxiety in the society.

In other words, the report of the US State Department and the recent events in Armenia debunked another Armenian myth, and the “island of democracy in the South Caucasus” burst like a soap bubble. It was another fairy tale, and our neighbors believed in it, genuinely expecting to be showered with billions of dollars and euros in international aid, nurturing the foolish hope that the entire world would believe in the myth invented by the Armenians. None of it happened. The carriage has turned back into a pumpkin. And the “island of democracy” has become the “island of bad luck” for everyone who has not yet left it.