Armenian Prime Minister Pashinyan met Raisi, Iran’s newly elected president. The two sides want to work for peace in the region. They did not discuss the Nagorno Karabakh conflict between Armenia and Azerbaijan. The Iranians are careful not to irritate the Azerbaijanis. 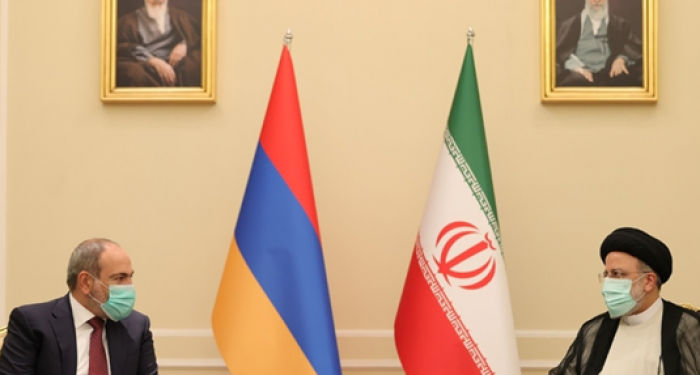 Raisi welcomed Pashinyan, telling his guest that “Iran attaches importance to the continuous development of relations in the political, economic and humanitarian sectors with friendly Armenia,” the Prime Minister’s Office said.

The new Iranian president stressed that peacekeeping in the region is of crucial importance for his country, and that Iran considers it essential to resolve all issues through dialogue.

Pashinyan reiterated his willingness to continue the bilateral dialogue in order to ensure that cooperation with Iran at the “highest level” is even more effective.

The two parties discussed various issues in order to improve economic and trade ties, including Armenia’s Meghri Free Trade Zone set up in 2017 to attract foreign companies, starting with Russia’s.

The two countries are looking at ways to boost energy cooperation linking the Persian Gulf to the Black Sea, including building a north-south motorway, a third high-voltage power line, and the exchange of electricity and gas between the two countries.

According to Rubik Minasyan of Radio Svoboda (Liberty), Iran’s policy towards Armenia has remained unchanged since the former Soviet republic gained independence in 1991, this even during the “44-Day War”, i.e., the war in Nagorno Karabakh in the fall of 2020.

“[W]e understand that Iran’s interests are closer to Armenia than to Azerbaijan, but this is not yet visible,” Minasyan said. “Some associate this with the lobbying of Turkic-speaking circles in Iranian” government circles.

In their meeting last Thursday, Raisi and Pashinyan referred to “regional peace”, without naming Nagorno Karabakh and the critical situation on the Armenian-Azeri border, nor the fate of Armenian prisoners of war still held by Azerbaijan.

On 3 November 2020, during the war in the Caucasus, Iranian Supreme Leader Ali Khamenei issued a statement. “[A]ll Azerbaijani territories occupied by Armenia should be freed,” Khamenei said. “The Republic of Azerbaijan is entitled to be in control of its territory, and therefore, all of them should be freed,” he added.

President Raisi reiterated this position on 14 July, in response to Azerbaijani President Ilham Aliyev’s wishes ahead of the 18 July election.

Nevertheless, Iran has tried to maintain a balancing act between supporting Azerbaijan, a fellow Muslim majority country, and reassuring its Armenian “neighbour”.

Neither Raisi nor his predecessor Hassan Rouhani congratulated Pashinyan when he was re-elected on 20 July nor when he was sworn in as prime minister on 2 August.

Pashinyan’s visit to Tehran is designed to overcome any existing misunderstandings between the two countries and revive their friendship in order to support Armenia’s role in the region.