On 13 April, Armenia’s prime minister Nikol Pashinyan said during his speech at the National Assembly (parliament) that his government was planning to sign a peace agreement with Azerbaijan soon, as “the peace agenda has no alternative for us”. 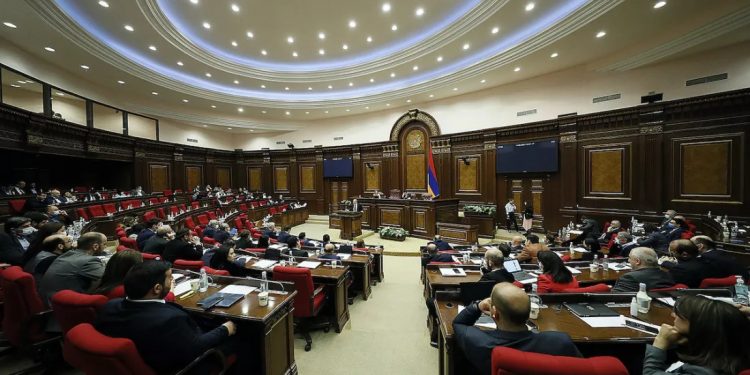 The Armenian parliament, the National Assembly, Yerevan; Office of the Prime Minister of Armenia

He also stated that the main goal of the negotiations for Yerevan would no longer be agreeing on the future status of Nagorno-Karabakh (within Azerbaijan), but to ensure all rights and security guarantees for Karabakh Armenians: the territory’s status would remain a means to an end. As regards the Karabakh peace process, he stressed the need for direct, bilateral talks with Baku (with the support of intermediaries), as well as for a revival in regional policy, including contacts with Ankara. He mentioned Russia as being an very important actor in this process, although he did not particularly emphasise its role. At the same time, his speech included a veiled criticism of the Russian peacekeeping forces and, more openly, of the Collective Security Treaty Organisation, which he accused of inaction. The public reaction in Armenia to this speech has for the time being remained moderate, but it caused outrage in the unrecognised Nagorno-Karabakh Republic (NKR), and led to accusations that he was intending to cross the ‘red lines’. In a statement adopted on 14 April, the NKR’s parliament called on Pashinyan to withdraw from the political line he had just announced