According to a number of media outlets, the logistics of the Zangazur corridor and its launch will likely become the main topic of the upcoming meeting among Azerbaijani President Ilham Aliyev, Russian President Vladimir Putin and Armenian Prime Minister Nikol Pashinyan. 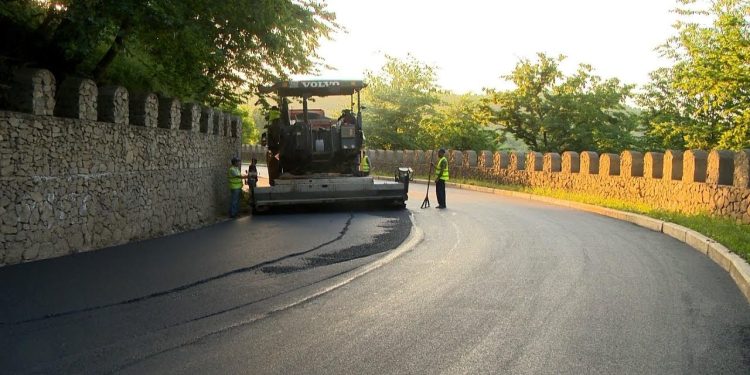 It seems that Baku, Ankara and Moscow intend to open the Zangazur corridor soon, without asking Yerevan’s consent.

Apparently, the Armenians are psychologically ready for the commissioning of the Zangazur route as of course, clear signals from the centres of power have already reached Yerevan. Thus, the Armenian “Hraparak” newspaper reports that according to the information received from Russian circles, President Aliyev at a trilateral meeting in Moscow “intends to point out the issue related to the Zangazur corridor”. According to the assumptions of Armenian journalists, the Azerbaijani president will insist that Pashinyan should announce deadlines for the opening of the highway connecting Azerbaijan and Nakhchivan, its entire route, conditions and other related details.

“The Russian sources think that President Aliyev does not intend to believe Pashinyan’s promises, allowing him to play for time again,” the newspaper wrote, citing its sources.

Of course, one should not forget that Armenia, fearing of the “Turks”, is always ready to invent the most amazing conspiracy theories, but now the situation is different. It is absolutely clear that all the fears of the Armenians about Zangazur will become a reality. The main point here is the Azerbaijani president’s ultimatum that Baku expects Armenia to answer about the Zangazur corridor in the coming weeks. This is confirmed by both Ankara and Moscow, which, as it turns out, are also discussing this issue directly without Yerevan.

Ankara is already confidently building plans to increase trade turnover with Azerbaijan and Russia, proceeding from the possibilities of the Zangazur corridor. Turkish Deputy Minister of Trade, Head of the Customs Department Riza Tuna Turagay told journalists that the scope of the “Preferential Trade Agreement” between Azerbaijan and Türkiye is planned to be expanded. The Turkish official calls the commissioning of the Zangazur corridor one of the most important conditions for expanding trade relations.

“As a result of the opening of this corridor, there will be the advantage, namely, a direct route with Azerbaijan and through it with the Central Asian countries to increase the international trade volume. High-level negotiations on the opening of the Zangazur corridor are underway with Russia. We expect the corridor to be launched soon,” the Turkish deputy minister said.

Such a statement for the Armenians especially the phrase “soon”, turned out to be a real cold shower. According to the Armenian media, it is humiliating that the Turkish minister, referring to the Zangazur corridor, speaks of negotiations with Moscow.

“The matter rests in Armenia’s sovereign territory, which the high-ranking Turkish official does not mention at all,” Armenian opposition journalists are indignant as if they had fallen asleep the day before yesterday and had not woken up yet. We wonder about the significance of conversations with Yerevan if Baku has been trying to resolve this issue for almost two years but constantly runs into the Armenian side’s tricks.

Azerbaijan is regularly fulfilling its agreements on the trilateral statement dated November 10, 2020, including those on the operation of the Lachin corridor.

That is why Türkiye, having figured out that direct negotiations with Yerevan are unlikely to bring the desired result, decided to act in cooperation with the “big brother” of Armenia, this is more reliable.

Of course, the decisive factor in the protracted history is the urgent need for Moscow, which is suffering from the sanctions blockade, to launch Zangazur as soon as possible. For some reason, Armenia does not want to take this main factor into account, although Spokesperson for the Russian Foreign Ministry Maria Zakharova spoke about the Kremlin’s great interest in the use of Zangazur perhaps twenty times. Apparently, Yerevan could not reach this simple circumstance.

This means that Moscow will resolve or has already resolved this issue directly with Pashinyan, moreover, by the method of shock therapy – “it is necessary, then that’s it”. The format of the trilateral meeting testifies to this. After all, it is clear that if President Putin invites the leaders of Azerbaijan and Armenia, then the outcome of the negotiations will certainly be impressive for Brussels too. Moscow is clearly striving to invent “sensation” in the negotiation format between Baku and Yerevan as it has thoroughly lost its status as a peacemaker in all spheres.

Another noteworthy fact testifies to the active negotiations between Ankara and Moscow. Russia has no doubts about the potential of the Zangazur corridor as a transport transit that can save it from the trade blockade that the West is very diligently enforcing, threatening the countries involved in assisting Moscow with so-called “secondary sanctions”.

Russia’s devoted strategic partner in the transit of goods – Kazakhstan also refused to get involved in such a game with sanctions until recently. Many other countries preferred to suspend trade relations with the Russian Federation, rather than break them.

In this sense, “Repin’s painting “Sailed!” is very suitable for characterising the situation with Armenia. Yerevan really “sailed”, protracted the issue until the deadline by losing the remnants of its sovereignty and obtaining the status of an “intermediate link”, which the countries simply inform, rather than agree about something with it.