An Epilogue to the Informal Summit of the Turkic Council

As we know, the Informal Summit of the Turkiс Council that took place two weeks ago, on March 31, was held at a very symbolic venue, in the Kazakh city of Turkistan. The event was attended by the leaders of the Turkic Council member states, as well as the President of Turkmenistan as a guest of honor and the Prime Minister of Hungary as an observer. 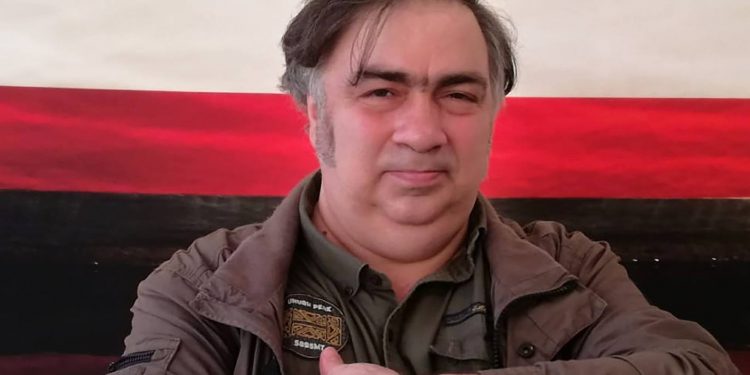 Happening a hundred years after the emergence of Pan-Turkic ideas in the early twentieth century, this summit can be seen as the first real step towards the realization of this idea.

In fact, any union of countries, logistical and economic integration of large geographical areas is a commendable affair. In this regard, the Turkic Council achieving really great cooperation in the future would be a good thing.

But what do we see if we look at the issue from a historical and political perspective? Were there ethnic groups that did not try to unite? What did Pan-Slavism and Pan-Germanism, those offspring of the 19th century romantic ideas, lead to?

Pan-Slavism emerged as a romantic idea in the mid-nineteenth century, promoting a single state of (be it western or southern) Slavic peoples that had no state of their own in Europe under the auspices of Russia. However, it soon became clear to everybody that this was essentially impossible in the West: first, the Poles would not accept it, and then the Czechs and the Slovaks rejected the idea. In the south, Russia clashed for these ideas with the Ottoman Empire, winning the disastrous (for the Turks) Balkan War of 1877-78 and making Serbia and Bulgaria fully independent. But mere ten years after Bulgaria became an independent state, its relations with Russia were already cooling, the country swinging to the West, and in World War I, the Bulgarians were effectively on the side of the Germans and the Ottomans, turning their bayonets against the Russians.

The Pan-Slavic idea is crumbling before our eyes today. Ukraine, traditionally regarded as the closest to the Russian nation, is allied with Turkey, Russia’s centuries-long rival. A nineteenth century person would have thought it was a stupid joke. But one cannot calculate life—as they say, never say never.

The fate of Pan-Germanism, rooted in in German Romanticism, was even worse, because it was a stillborn child. Although it was an official doctrine during the Nazi era, no “Germanic” state in Europe supported them: Britain became its worst enemy, the Netherlands and Norway resisted it strongly, Denmark was drowned in silent hatred, while Switzerland and Sweden remained neutral. Austria, who had joined Germany frantically, curled into a ball, mumbling “I was raped and I didn’t know it”, as soon as it smelled defeat in the air. That was what saved Austria in the end: it was neither occupied nor destroyed, nor was it accused of the Holocaust and other crimes against humanity. Austria dumped everything on the Germans and got away with it. Well done: where there is a will, there is a way, indeed.

The extension of these ideas to the East manifested itself in the Pan-Arab movement in the mid-twentieth century. The only outcome was the League of Arab States and the short-lived United Arab Republic (Egypt-Syria-Iraq). It only takes a brief look at the relations between the Arab states to see the crux of the matter.

The Turkic Council, on the other hand, is far from romantic ideas. It is built on purely pragmatic interests and seems to be trying to unite a significant part of Eurasia in a new logistical and economic framework. Undoubtedly, there is a great interest in this union (apparently, it is also another next step to counterbalance China), otherwise the project would not have emerged to begin with. The new importance of continental rail transport after the notorious Suez Canal incident and the project of a new canal in Turkey’s Sea of Marmara may shed light on these issues.

In a nutshell, we may say that, unlike the romantic ideas of the nineteenth century, a unification on a purely economic and logistical basis is very real and can take place under certain conditions. Time will soon tell how realistic this is.

P.S. It is important to stress that should it happen, Azerbaijan will act as the “Icebreaker” in this project, both geographically and logistically, a mediator between Turkey and Central Asia.