Whose interests does Rossotrudnichestvo serve?

There is a Federal Agency for the Commonwealth of Independent States Affairs, Compatriots Living Abroad, and International Humanitarian Cooperation, or Rossotrudnichestvo, in Russia. Officially, the "activity of Rossotrudnichestvo and its foreign missions aims at the implementation of the state policy of international humanitarian cooperation, promotion abroad of an objective image of contemporary Russia." 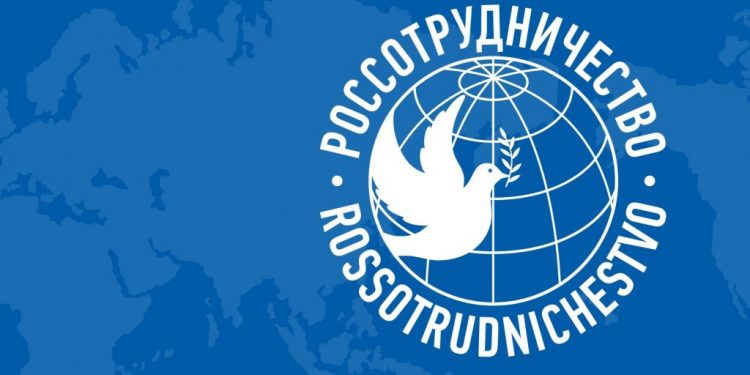 Moreover, the declared priority area of ​​activity of Rossotrudnichestvo is the so-called “Near Abroad” countries—the CIS member states.

Yevgeny Primakov Jr. was appointed Head of Rossotrudnichestvo in June last year, outlining from his first days on the job a course for changing the “work format” of the agency, “looking for new approaches” to the shaping of that very “objective image” of Russia on the world arena.

It is not altogether clear what exactly Primakov means by the change in the “work format” of Rossotrudnichestvo, with its focus on the post-Soviet space. However, his recent interview with RuBaltic.Ru ended up to be more of a negative publicity for this agency, which is de facto in charge of Russia’s international image.

The head of Rossotrudnichestvo discussed at length some of the theoretical aspects of his work, point out his preference for the term “smart power” over “soft power”. The latter, according to Primakov, is an outdated concept that does not sufficiently reflect the need to “pool the efforts” to form public opinion. However, some of his other statements emanated “power” that had nothing to do with either “softness” or “smartness.”

Primakov virtually declared those Russians outside the Russian Federation who do not recognize Crimea as part of Russia to be traitors, effectively branding as enemies the vast majority of ethnically Russian citizens of the post-Soviet states.

For example, there are almost 120,000 Russians living in Azerbaijan. According to Primakov’s statements, they are “national traitors” to Russia for the mere fact of not questioning the territorial integrity of Ukraine, just like that of any other country in the world, identifying with the official position of the state of which they are citizens?

Soon after his appointment, Primakov announced “major changes” in the work of the Federal Agency. Did those changes imply the search for “traitors” among “formal compatriots” living abroad? If so, it would be more appropriate to talk about the hatred spread by Rossotrudnichestvo than about the “favorable public opinion of Russia and compatriots” it strives to shape.

By the way, noteworthy is the personnel policy of the new leadership of Rossotrudnichestvo. An almost landmark decision of his was appointing Nadana Friedrichson as the press secretary of the Agency. She was presented by Primakov as “a brilliant professional“, “a precious acquisition“, and “an intelligent, precise and brilliant weapon of the Russian humanitarian policy“.

However, the position of the press secretary of Rossotrudnichestvo during and after the 44-day war made it clear what this “precious acquisition” is. Friedrichson had previously established herself as a more or less unbiased observer—well versed in the intricacies of South Caucasian geopolitics, too. In particular, during the large-scale hostilities between Azerbaijan and Armenia in April 2016, she spoke reasonably of the validity of Baku’s position. In general, she used to give Azerbaijan its due in terms of Russia’s strategic interests. However, for some time now, more specifically, since she began working with the Russia Today TV channel, whose editorial policy is defined by Margarita Simonyan and the pro-Armenian clique behind the latter, Nadana Friedrichson has been going through a strange metamorphosis. In defiance of the official position of the Russian leadership and personally that of President Vladimir Putin, she now refuses to recognize Karabakh as part of Azerbaijan and openly mocks the position of her vis-à-vis who give unbiased assessments to the results of the 44-day war.

In other words, in the person of Ms. Friedrichson, presented as a kind of Rossotrudnichestvo’s “business card”, the outside world, on whose “favorable opinion” Moscow is counting on, is dealing with a common shape-shifter. And if this is the sort of unscrupulous people the Russian humanitarian policy employs as its “precise and brilliant weapon”, one can imagine what results this weapon will deliver in the long run—first and foremost, for Moscow’s interests in the CIS space.

But what is there even to say, if one of the widely advertised “agents” of Rossotrudnichestvo’s cause is Semyon Pegov, the founder of the WarGonzo project? This full-time stooge of the “father” of the pro-Armenian Russian media, Gabrelyanov, inscribed his name in golden letters in the annals of military pseudo-journalism during the 44-day war. And it is all the more abhorrent that Rossotrudnichestvo allows itself to promote this cardboard war correspondent and even announce his intention to “write a book of stories about the Artsakh war” and to go to Karabakh for this purpose. Do the conductors of the Russian humanitarian policy realize what ramifications all this has and will have for its interests in Azerbaijan?

There is one thing they can be sure of: Azerbaijan will not be indifferently watching any propaganda that does not meet its interests, let alone an attempt to visit its territory by someone who has a criminal case opened against him by the Prosecutor General’s Office of our country—under articles that stipulate punishment for incitement to terrorism and violation of the territorial integrity of the Republic of Azerbaijan and incitement of national hatred with the threat of the use of force.

By the way, we would do well to remember that Rossotrudnichestvo has a representative office in Azerbaijan. Officially, its goal is to promote the strengthening of Russian-Azerbaijani relations and shape a favorable image of Russia among Azerbaijanis. But is it possible in practice, if the nature of activities of this Federal Agency keeps tilting to enmity rather than friendship between people and nations, in particular, undermining the friendly dialogue between Azerbaijan and Russia?