The recent Pakistan visit of the Russian Foreign Minister, Sergey Lavrov, seems to have created a purposeful impact on Pakistan. Rarely considered an ally, it seems bilateral relations are now very much on course. 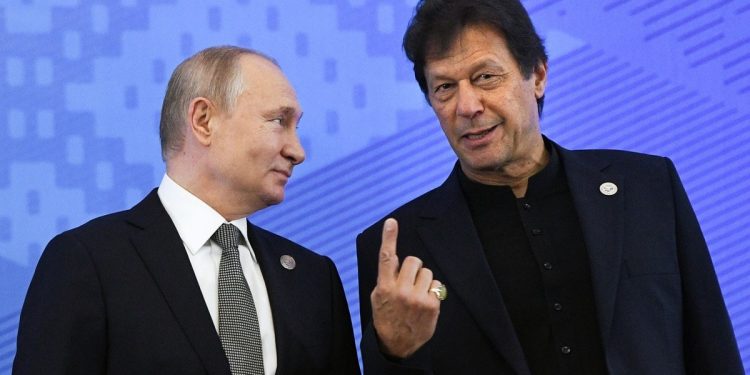 In the past, this has not been so. The consensus is that the ‘bloc’ which is said to be forming, namely Russia, China and Pakistan, has been in the making for some time.

However, one must proceed with caution in the waters we are about to tread as we have not waded here before. Historically, our only interactions were of us being opposed.

Enhancing cooperation in the areas of trade, energy, security equipment and even a supply of the Coronavirus vaccine will further deepen these ties. Reciprocal talks in Moscow are also scheduled later in the year.

However, a clear outline of what is needed or expected is still required. Whether we are considered as only a contingent partner or otherwise is yet to be seen.

China and Russia as superpowers are very different in terms of their dynamics and how they work with others.

They certainly are not like the Americans with whom we have shared good relations for decades.

A large Pakistani diaspora resides there and we have exchanged trade, culture, education and held good values.

American people overall have been friendly and have welcomed Pakistanis into their fold and vice versa.

The two are incomparable of course due to the pretext, however, there have been other examples. A fine example of emotional and cultural ties would be Turkey and even Azerbaijan.

Observing a webinar a few months ago with the Ambassador of the Russian Federation to Pakistan was a reality check.

The speech was more direct than what we have been used to. Russia in terms of bilateral relations is set on a course- it seems for themselves.

What further develops would only be in terms of Pakistan geostrategic location. Our banner currently is to build on geo-economic strength.

As Russian ties with India waiver, we were there to be allied with. The Sputnik V vaccine is offered at a substantial rate, the cost in which itself is an indicator – we will not be getting anything for free.

Any exchange with the Russians will be based on clear terms of the profits they seek.

Questions were posed during the webinar for Pakistanis to enter cultural, educational and business exchanges.

The Ambassador said the Pakistanis and Russians differed in expected returns. The remarks made one feels slightly jilted at first.

The Russians would openly be concentrating on largescale long-term goals which would suit their requirements.

I remain skeptical that there may be a cultural and educational exchange anytime soon. Not in the sense we have been used to in the past or with others.

As the Russian Ambassador stated, they don’t speak English, the communication would remain limited. And no signal was given as a form of a welcome to hop on over.

Pakistanis heavily emphasize on emotional ties even in business- a part and parcel of our culture.

Perhaps it may be a good thing that here transactions remain simple. The roadmap being planned seems to be based on profits.

It is a cold hard business relationship.
The routes opening up from Russia all the way to Gwadar (the prize) is an opportunity for both countries to benefit from this evolving relationship.

If we are to conduct business, it would be based on lucrative profit margins and self-interest to propel the economy forward. Keeping everything in mind, careful consideration is needed.

In this relationship, more than ever, Pakistan should ask the critical question now for themselves: What do we get out of it?