If any lessons can be drawn from the 2020 Nagorno-Karabakh conflict between Armenia and Azerbaijan, they are bound to revolve around the stunning effiency of cheap but highly effective unmanned combat aerial vehicles (UCAVs) and the failure of a wide array of air defence systems, both modern and old, to stop the onslaught brought about by them. 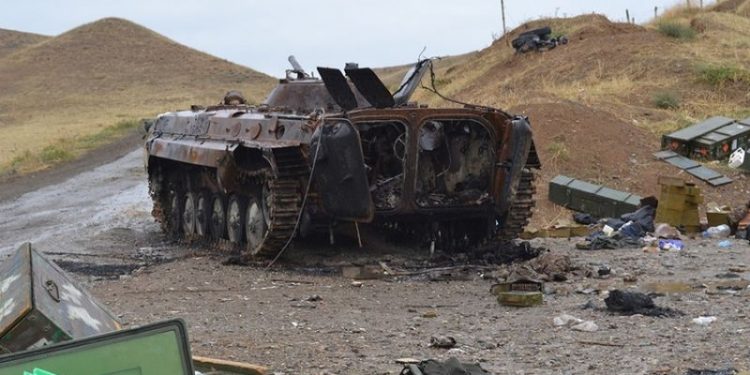 For Armenia, the failure to acknowledge its impending defeat led it to fight a costly 44-day war of attrition, suffering severe losses that included some 250 tanks and more tragically, some 5.000 soldiers and reservists, many of which still in their late teens and early twenties. [1]

Nevertheless, the Armenian military could only be expected to be acutely aware of its shortcomings in an era of drone-powered warfare, and it certainly attempted to remedy them with the limited funds it had available. This mainly manifested itself in the acquisition of Russian electronic warfare (EW) systems meant to disrupt the operations of UAVs in one way or another, Tor-M2KM SAM systems that could operate as hunter-killer systems, and 35 9K33 Osa-AKs acquired from Jordan that despite their old age enabled the Armenian military to cover large swaths of Nagorno-Karabakh. As Armenia found out the hard way however, the aforementioned systems could do little but wait in agony as Bayraktar TB2s and loitering munitions began picking them off one by one.

Another method utilised by Armenia entailed the placing of decoy SAM systems nearby real SAM systems in order to lure attacking drones into targeting the decoys, thus saving the real systems from certain destruction. Although this act of ‘maskirovka’ was highly effective during the NATO bombing of Yugoslavia in 1999, the numbers deployed by Armenia during the 2020 Nagorno-Karabakh were far too sparse to distract Azerbaijani forces from targeting operational SAM systems and thus have any actual impact on the course of the war. Still, the examples utilised stood out for their realistic depiction of the SAM system they were meant to replicate, even donning detailed camouflage patterns.

As the 9K33 Osa (NATO designation: SA-8 Gecko) was the most numerous SAM system within the Armenian Armed Forces (and by extension the Artsakh Defence Force, itself a de-facto part of the Armenian Army), it should come as no surprise that most of Armenia’s decoys were based on this system. The 9K33 decoys are also the only decoy types confirmed to have successfully tricked Azerbaijani drone operators into striking them, which happened on the 30th of September 2020 at a 9K33 garrison near the small village of Papravənd (known as Nor Karmiravan by Armenia), in what was then still Armenian-controlled Nagorno-Karabakh. [2]

Being almost indiscernible from real 9K33s, two decoys parked in revetments (to mimic the deployment of an operational system) were struck by Israeli IAI Harop loitering munitions, resulting in their complete destruction. Unfortunately for Armenia, the operational systems located throughout the vicinity of the base feared little better, and together with the associated 9T217 transloaders were quickly annihilated by a combination of Bayraktar TB2s and IAI Harops. In total, Armenia lost at least 18 9K33 systems (16 destroyed, 2 captured) in addition to three 9T217 transloaders (two destroyed, one captured) during the course of the war. [1] 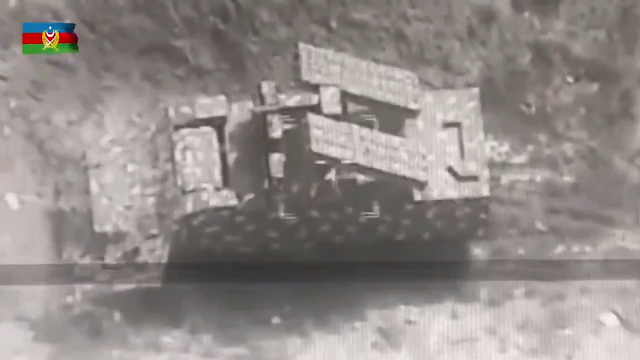 Interestingly, in the case of the few Tor-M2KM decoys known to have been produced, the eleborate camouflage pattern was actually indicative of their nature as decoys, as Armenian Tor SAM systems never received any kind of camouflage pattern after their arrival to the country in 2019. Furthermore, the decoys merely comprised the container-based launch system rather than also including the truck supposed to be carrying it. That said, it is unknown to what degree Azerbaijani drone operators were made familiar with the size and shapes of the SAM systems they were meant to track down and neutralise, and an overzealous drone operator could easily have mistaken a Tor-M2KM decoy for a real system. Only a single Tor-M2KM is confirmed to have been destroyed during the 44-day war, although this was likely because of the small numbers deployed by Armenia rather than the decoys that were meant to protect them. [1]

Rather than placing the decoys throughout strategic locations in Nagorno-Karabakh, each posing as an operational 9K33 or Tor-M2KM system, the few decoys deployed by Armenia were positioned inside existing SAM garrisons. While this might ultimately have helped to prolong the career of a few other real 9K33 Osas by several minutes, it is almost certain that Armenia would have been better off by deploying the fake systems as standalone decoys throughout the entirety of occupied Nagorno-Karabakh, forcing Azerbaijan to spend valuable time and resources tracking and hunting those systems down while flying in engagement envelope of a real SAM system nearby.

Of course, did not help that Bayraktar TB2s could fly circles above 9K33 garrisons (or any other Armenian SAM site for that matter), each containing some seven to eight launch vehicles with their radars turned on, all the while remaining unnoticed to the SAM systems below. This meant that the operators of the TB2s could keep hitting the SAM systems (and the decoys) until all systems were destroyed with no threat of being shot down, once more making painfully clear the obsolescence of the 9K33 in an era of drone-powered warfare. 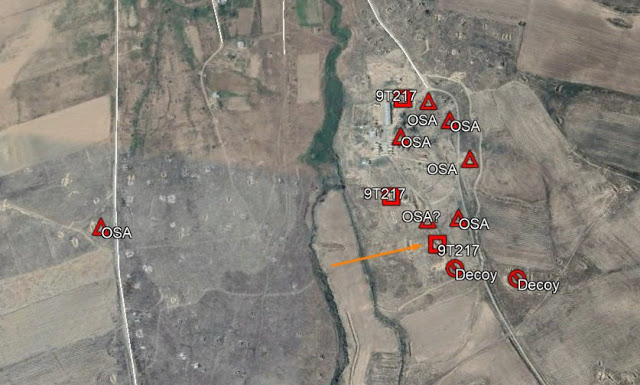 Armenia’s decoys may have been deployed in far too small numbers to affect the course of the war, both sides will surely study their effectiveness and use the lessons learned in potential future wars. Modern optics may have changed the way (aerial) warfare is conducted, decoys have and will continue to change alongside, and a renewed conflict could well see greater numbers deployed, equipped for instance with features such infrared heat signatures to make them even harder to discern from operational systems. Now made aware of the presence of decoys, Azerbaijan will look for ways to identify them beforehand, for example by studying satellite imagery of SAM garrisons and by training its drone operators to discern decoy systems from the real ones.

That said, with the price of MAM-L munitions for the Bayraktar TB2 being comparatively low, the question arises whether the deployment of large numbers of decoys can really have a significant impact on a future conflict. UCAVs like the Akinci and Aksungur can carry 24 and 12 MAM-Ls each, which is sufficient to destroy several SAM sites together with their radars and any decoys. So long as Armenia, or any other nation in the world that faces a comparable threat, lacks the means to successfully counter drones like the TB2, mass deployment of decoys would yield little results but to force the opposing side to stock up on munitions. To a country like Azerbaijan, there is little to disincentivise from doing precisely so, and taking the cost of effective decoys in account and the disparity in assets available to the two parties any decoy destroyed may end up being a net positive. Of course, if they evaded destruction they would have failed their mission regardless; such is the life of a decoy.

[1] The Fight For Nagorno-Karabakh: Documenting Losses On The Sides Of Armenia And Azerbaijan https://www.oryxspioenkop.com/2020/09/the-fight-for-nagorno-karabakh.html