The price increase that began in the global food market under the influence of the coronavirus pandemic continues. While before the middle of 2021 it affected mainly sugar, dairy products, oil and other foodstuffs, starting from July of 2021 the process quickly accelerated in the grain, especially wheat, market. 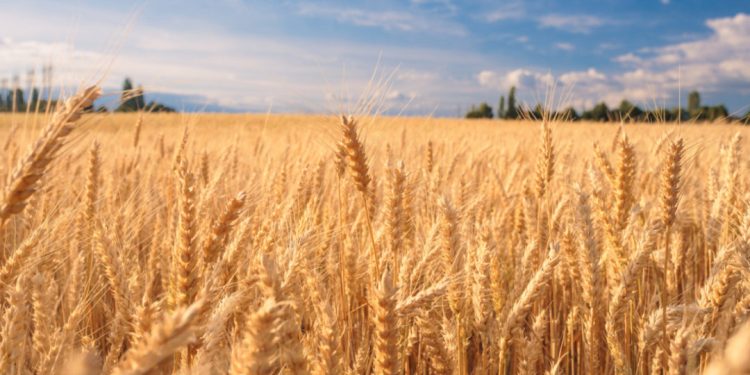 The main reason behind the price increase in the grain market is the major grain producers—the USA, Russia, Australia, Canada and the European Union— scaling back of production because of the global climate change.

It is known that Azerbaijan is somewhere in the middle of the list of the countries of the world by the level of wheat self-sufficiency. Currently, the number of world countries that fully meet their wheat needs is less than 30. Latvia produces 6 times more wheat than its population consumes; Lithuania, Bulgaria, Canada, Estonia, Argentina, Australia and Romania produce 2-4 times more than local consumption; finally, France, USA, Moldova, Ukraine, Kazakhstan, Russia, Slovakia, Hungary, Germany, Denmark, Sweden, Finland, Czech Republic, Croatia, Poland, Paraguay, Pakistan, India produce 1-2 times more than they consume. The remaining more than 160 countries have to meet their wheat demand more or less at the expense of imports. The level of wheat self-sufficiency in brotherly Turkey is about 70 percent, in Azerbaijan—58 percent, and in such countries as Korea, Colombia, Oman, Qatar, Kuwait and Thailand—0 percent.

Azerbaijan is among the countries with the highest consumption of flour and bread in the world. For comparison, the lowest consumption of bread per capita in the world is in Scandinavian countries, 32-45 kg per year. In Russia, it is 97 kg, in Bulgaria—96 kg, in France and Germany—54 kg, in Italy—52 kg. In Turkey 124 kg of bread per capita is eaten per year. According to the data from the State Statistics Committee of Azerbaijan, 1,026,670 tons of flour was used for the production of bread and other baked goods in 2020. This means 102.667 kg per person. Another 841,465 tons of flour was used as a food stuff. In 2020, Azerbaijan produced 1,294,604 tons of fresh bread. Of these, 1,280,556 tons was consumed as a food stuff. This means that the per capita consumption of bread is 128.4 kg. And the per capita consumption of flour is 84.4 kg.

According to Firdovsi Fikretzade, Director of the Agricultural Economics Research Center under the Ministry of Agriculture, Azerbaijan uses 2.4 million tons of wheat annually for food, 500,000 tons for fodder and 140,000 tons for seed. The total national wheat demand is 3.2-3.3 million tons. Mr. Fikretzade pointed out that wheat is grown on 650,000 hectares in Azerbaijan, the yield is 31.4 centners per hectare, and an average of 1.9 million tons of wheat is produced per year: “To meet the demand, the country imports about 1.3 million tons of wheat, with the level of wheat self-sufficiency being 59-60 percent. Thanks to government support measures during the period of independence, the level of wheat self-sufficiency in Azerbaijan has been raised from 30 to 60 percent.”

Fikretzade says that there are a number of reasons why Azerbaijan cannot be fully self-sufficient in wheat: “First of all, let me remind you that we do not have a lot of land resources. Russia, Canada, USA, Kazakhstan, Australia, etc. are leading in wheat production, because they have more agricultural land. Another point is that our climatic conditions do not allow us to produce quality wheat either. According to experts, extreme heat comes on in our main wheat-growing regions in May and June, causing the plants to dry out before the grain ripening phase is complete. This both reduces yield and adversely affects product quality. In addition to climate inadequacy, there are serious water supply issues. The electronic agricultural information system estimates that about 38 percent of total wheat crops are on non-irrigated land, and 64 percent are formally considered irrigated. Of this 64 percent of irrigated land, 43 percent has serious water shortage issues, which is 26 percent of the total area under wheat. So, 38 percent of the land is unirrigated, and 26 percent are areas with irrigation problems. That is 64 percent of our wheat crops are in areas that have irrigation problems or no irrigation, so our average yield is 31 to 32 centners per hectare.”

The wheat production in Azerbaijan has a specific structure: “Local wheat is the source of fodder for livestock farms, which provide the country with 98 percent of meat and 96 percent of milk. Before the crisis in the world wheat market last June, prices of the feed wheat produced by local farmers were higher than those of imported food-grade wheat. For this reason, economic conditions guide farmers to produce wheat in accordance with the country’s fodder needs. Wheat production is among the least profitable sectors in the national agriculture. For example, one hectare of wheat gives an average profit of 400-600 manat. For corn, this figure is 1,200-1,500 manat, for clover—1,200 manat, for sunflower—about 800-1,000 manat. This is also the reason why this sector has little investment appeal. That is, on the one hand, there are problems with natural resources, and on the other hand, there are various economic reasons why scaling up wheat production in Azerbaijan to fully meet the country’s demand is inefficient.”

Vugar Huseynov, Head of the Public Relations Department of the Ministry of Agriculture, points out that Azerbaijan ranks among the lowest in the world in terms of arable land per capita: “We have 0.19 hectares of arable land per capita. We already use for cereal crops 1 million hectares out of 1.7 million hectares of the total arable land. A very large part of cereal crops is also on non-irrigated areas. Countries with high yields grow cereals on nearly 100 percent of their irrigated lands, while in our country non-irrigated lands are predominant. Agriculture, as you know, is closely tied with nature; climate change has the foremost and very serious impact on this sector. Nevertheless, about 2 million tons of wheat were produced last year, while the annual demand is a little over 3.2 million. That is, the level of self-sufficiency is about 60 percent. Depending on the year, on natural factors (drought, rainfall, etc.) this figure can reach 61-62 percent. In 2019, the highest average yield in the history of grain production in Azerbaijan was achieved, 32.1 centner per hectare. This year we harvested about 31 centners per hectare, about the same as in the United States.”

The Ministry of Agriculture official says that Azerbaijan as a country does not import feed grain for animal husbandry (with the exception of poultry farming): “If all 57 percent of local production were food wheat, then we would have to import feed wheat. About 30 percent of the wheat produced is used for food. Our natural climatic conditions and other factors do not allow the production of food wheat with a high gluten content. In other words, we produce as much food-grade wheat as the natural and geographic factors allow.”

As we can see, there is little room for increasing wheat production in Azerbaijan to the point of fully self-sufficiency. But it is enough to achieve 70% self-sufficiency, which is considered the food security margin. The actions can include putting back to use the land in the territories liberated from occupation, growing wheat in the territories with a normal water supply, breeding new varieties that are adapted to local conditions, and, most importantly, incentives for farmers to plant wheat. Practice shows that the existing subsidy mechanism does not have a stimulating effect…