5 things to do in Baku, Azerbaijan

Baku is famous for its controversial building craze, oil and gas boom, and now Eurovision 2012. But could there be more to this swanky yet ancient city? 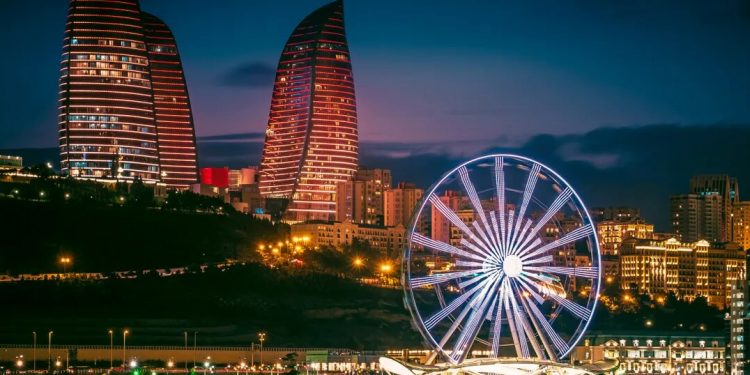 Priding itself on its strong culture of hospitality, Baku comes into its own as a glamorous host of international events. The recent “no expense spared” extravaganza that was Eurovision 2012, displayed through shimmering glass and chrome buildings and a glittering light show, is an obvious example.

Relatively low crime, the local hospitality, a mild Mediterranean-like climate, and a high density of quality restaurants, bars and nightclubs make Baku an attractive destination. One of the Soviet capitals not long ago, Baku is changing at breakneck speed. The Stalin-era buildings have long given way to shiny new skyscrapers and towering business centres. Those buildings still standing have been given a facelift, hidden behind new facades, like veneer teeth.

But glitzy architecture isn’t all Baku is known for. The epicenter of a booming oil and gas industry, Baku was considered sacred by Zoroastrians – fire worshippers – for the flames bursting through its oil-rich land. The oil and gas have been the city’s blessing and its curse, attracting an influx of investments and, with that, major exploration works that have resulted in air and water pollution.

Believed to derive its name from the Persian for “wind-pounded”, Baku is known for harsh sandy winds, as well as desert-like dry and hot summers. Traditionally locals have found their refuge from the blistering sun in cooling vine tree verandas and balconies, where they still like to drink their tea out of small armudi (pear-shaped) glasses.

1. Visit the inner city and its ancient icons

Recognised by UNESCO as a World Heritage Site is the walled inner city of Baku, with the Shirvanshah’s Palace and the Maiden Tower. Built in the 12th century, the walls of the inner city – Icheri Shekher – enclose medieval courtyards and narrow cobbled streets, now crowded with cafes and carpet shops.

Within the walls of the inner city is the Maiden Tower. Of the eight stories of the tower the first three are believed to date back to the 7th or 6th century BC and were used as a fire temple, according to the latest research by UNESCO. If true, this could be the largest Zoroastrian temple in the world.

Azerbaijani parents still like to tell their children the tower’s legend of a maiden who was in love with a handsome man. Refusing her overwhelmed father’s wish to marry his daughter, she threw herself off the tower into the lapping waters of the Caspian Sea. The tower is now a museum and visitors can climb to the top to enjoy a spectacular view of the city.

The Palace of Shirvans – Shirvanshakh Sarayi – is a remarkable example of medieval architecture in Azerbaijan that dates back to the middle of the 15th century. With imposing domes, intricate carvings and patterned windows – shebeke – the palace is a true masterpiece of the medieval masonry and craftsmanship. Spread over the highest hill of the inner city, the palace is now a complex that combines residential and official structures, mosques and mausoleums. The palace’s bath-house is another masterpiece of its time. Lit through incisions in the covering domes, the baths had underfloor steam heating, wash basins cut into the walls, and even slots for bath shoes.

2. Explore the fire temple of Ateshgah

Located in Baku’s suburb of Surakhany, famous for its natural oil fires, the Ateshgah temple was considered sacred by fire worshipping Zoroastrians and Hindu pilgrims who travelled there to worship. The temple was built to incorporate the “seven holes with burning flame” and contained cells for monks and a central altar to worship the “element of fire”. The temple is now a museum with striking wax figures of pilgrims displayed in the monks’ cells.

3. Pour over the rock art of Gobustan

Located 60 km south of Baku the rocks of Gobustan encompass over 60,000 mountain carvings. The oldest carvings can be dated back to 14 millennia BC. Serving as a visual timeline, they depict armed hunters with dogs, and life-size bulls which are now extinct, proving that civilisation in Azerbaijan has existed for at least 126,000 years.

Depictions of boats, similar to those used by the Vikings, led the Norwegian ethnographer Thor Heyerdahl to conclude that Scandinavian ancestors came from this region, and drawings of caravans and camels persuaded experts that Gobustan was once a part of the Silk Route.

Since 2007 Gobustan has been officially recognised as a rock-art landscape by UNESCO.

4. Meander around the Teze Bazar

Like in many Middle Eastern cultures, the bazaar is the place where things happen. Bursting with seasonal and local produce they breathe, buzz and heave with the city’s life, luring in customers to purchase the juiciest melons, sweet-scented peaches and pungent pieces of cheese, straight from sheepskin parcels or sacks. The market traders will slice, chop and peel any of their produce and thrust it into passing customers’ hands, pleading with them to stop and taste out-of-this-world food. For a sneaky taste of Beluga caviar head to Teze Bazar and keep a good hold of your purse.

5. Take a stroll in the city centre

Baku is also a phenomenal West-East amalgamation of cultures, languages and religions. And with its architectural and designer life-style excesses next to the crumbling huts of those living on the edge of the city and on the poverty line, Baku is truly a city of contrasts.

Baku is proud of its centuries of heritage and traditions, its tea houses, theatres, opera hall and high quality jazz clubs.

Baku’s architecture isn’t just about glamorous skyscrapers. Back in the early 1900s Baku boasted delicate Parisian architecture combined with other European styles. Some of these buildings are still embraced by intertwining vine trees, heavy in September with purplish red and crispy white grapes.

The surviving ramshackle houses and their courtyards are loved by many for their unique insight into Baku’s culture and way of living. These courtyards are still full of children playing, while their mums catch up on the daily gossip. Awaiting their demolition, they hold stories of many generations, lives and friendships lived and lost. They have been shared by Jewish, Armenian, Russian and Azerbaijani families, taking tips from each other on life’s essentials: food, love and family.

And 5 things NOT to do in Baku

Despite Baku’s very hospitable nature, there still things that are best avoided when visiting the city…

1. Don’t blow your nose in front of others – this is considered extremely rude.

2. Don’t speak badly of the President or his family.

4. Don’t smile at locals in the street – it’ll most likely not be reciprocated and will be considered inappropriate.

5. Don’t kiss in public. A display of affection by couples might be tolerated in Baku, but can also be frowned upon.

Jahan Hoggarth is a freelance writer and journalist originally from Baku, Azerbaijan. A keen musician and ‘inquisitive’ geek with a diverse ethnic and cultural background she is also passionate about history, philosophy and social anthropology. 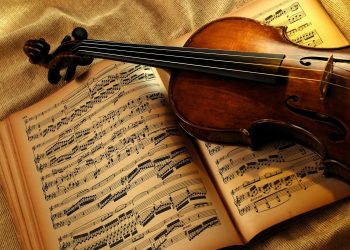 Thoughts on classical music and art music in general

Synthetic food for the soul

The American road of the last Molla Nasreddinist