The visit of the President of Turkey Erdoğan to Azerbaijan and the opening of the new airport in Zangilan, liberated from the Armenian occupation two years ago, will long remain in the focus of attention of politicians and journalists. 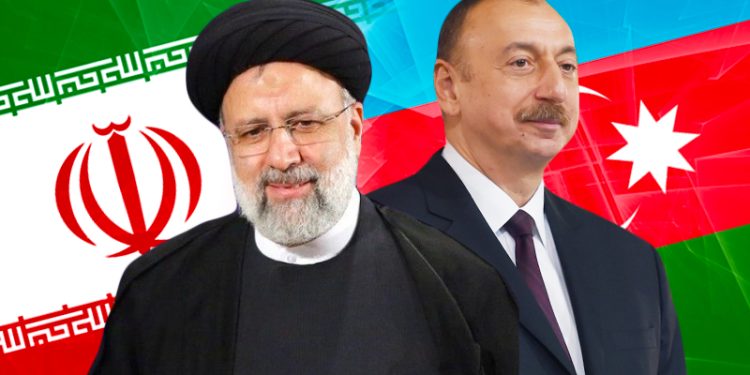 One of the reasons is that the statements made during the Azerbaijani-Turkish summit outlined a new political, or rather, military-political balance in the region.

In a joint statement for the press, President of Azerbaijan Ilham Aliyev stressed: “Last year in Shusha we signed the Shusha Declaration, Turkey and Azerbaijan officially became allies. We became allies in all spheres, which is a serious achievement for our peoples, and at the same time it is a serious message to the region and the world, because Turkish-Azerbaijani unity is a very important factor in the region. It is a factor of peace and stability. At the same time, if someone tries to take unjust actions against us again, they should of course take this factor into serious consideration.”

This calls for a clarification. The Azerbaijan-Turkey alliance brings together today the leading countries of the region. Turkey is a member of the G20, it has the second army in NATO and Europe (and unlike the term “second army in the world”, which has now become a meme, there is no one willing to joke about the real strength and combat effectiveness of the Turkish army). There is no need to reiterate how much Azerbaijan’s positions and authority have strengthened in recent years. The economic leadership of Azerbaijan in the region has been undisputed since the start of oil and gas projects (despite the occupation of 20% of its territory and the humanitarian disaster with millions of refugees). Now, after the brilliant victory in the 44-day Patriotic War, there is no doubt about its military strength either.

There is another known fact. Azerbaijan and Turkey on the global arena have been and are advocating peace, cooperation and stability in the region, seeking to boost cooperation. Suffice it to recall that Turkey is one of the few active “negotiation channels” between Russia and the West amid the Ukrainian war. And Azerbaijan is already inviting Armenia to work on a full-fledged peace treaty.

But this peacefulness should certainly not be confused with indecision and fear. President Ilham Aliyev’s statement leaves no doubt that should any of the “third countries” try to conduct an unfair policy against Azerbaijan, or even use the language of threats, they will see the geopolitical team of Azerbaijan and Turkey at work, with all the ensuing consequences.

The President of Azerbaijan did not name specific recipients of this warning. But the statement was made at a time when a whole campaign of threats, digs and provocative “muscle flexing” was launched by the neighboring Iran, with a focus on provocative exercises with a demonstration of forcing a crossing of the border river Araz, no less provocative videos with threats, etc.

But whether the Iranian mullahcratic regime succeeded in the anticipated “muscle flexing” is an open question. The videos of the exercises that were supposed to demonstrate the crushing power of the “Islamic Revolutionary Guards” have had the opposite effect. As the official video footage shows, the Iranian army remains at the 1970s level and has fallen far behind modern military standards. We cannot even call it sufficiently professional today. There are also materiel problems: the Iranian army has obviously obsolete tanks and other equipment. Finally, there are also serious personnel training problems. The exercises have just begun, but there have already been “targeting errors”, with Iranian fighters targeting their own equipment, and so on.

And should these “antiques” face a modern and combat-ready, if smaller, army on the battlefield, military experts have no doubts about the results. Azerbaijan and Turkey are not the kind of opponents against whom Iran should put on a show of muscle flexing.

Moreover, Azerbaijan has already made its first countermoves against this background, in the area of “soft power”. Receiving the Secretary General of the Organization of Turkic States Baghdad Amreyev, the President of Azerbaijan said, among other things, “We, for our part, will do everything to strengthen the unity among countries of our organization, support our brothers living in various countries of the world, and we are talking of tens of millions of our blood brothers. There are many more Azerbaijanis living outside Azerbaijan than in the country alone. Of course, their security, their rights and well-being are of the utmost importance to us. We will continue to do everything to help the Azerbaijanis who have found themselves cut off from our state, to assist them in their development so that they preserve the Azerbaijani language, Azerbaijani traditions, Azerbaijani culture, remain true to the principles of Azerbaijanism and never cut off ties with their historical homeland, just as many representatives of other peoples of our fraternal Turkic states live outside their states. But I also know that all leaders of the Turkic states attach great importance to how the rights of their brothers are secured in various countries.”

This can be called a mission statement. The head of state raised to a very serious level the issue of the rights, security and national identity of our compatriots living outside Turkic-speaking countries. And this is the real message that from now on Azerbaijan will also support at a state level the 35 million Azerbaijanis of Iran, who are deprived of the basic rights to national identity, to the development of their language and culture. And if until recently Azerbaijan was confidently defending the rights and interests of its citizens abroad regardless of their ethnicity, now there is a new objective: President of Azerbaijan Ilham Aliyev has made it clear that one of the main objectives now is protecting the rights of Azerbaijanis living in different countries, ensuring their safety and preserving their national identity. These are, once again, the fundamental human rights and freedoms that must be guaranteed by the authorities of the countries where our compatriots reside. And if the authorities of these countries, like Iran, for example, refuse to respect these basic rights, then Azerbaijan will no longer see such actions as “internal affairs” or “a display of sovereignty”.

So, it is high time Tehran thought about the price of its provocative policy.