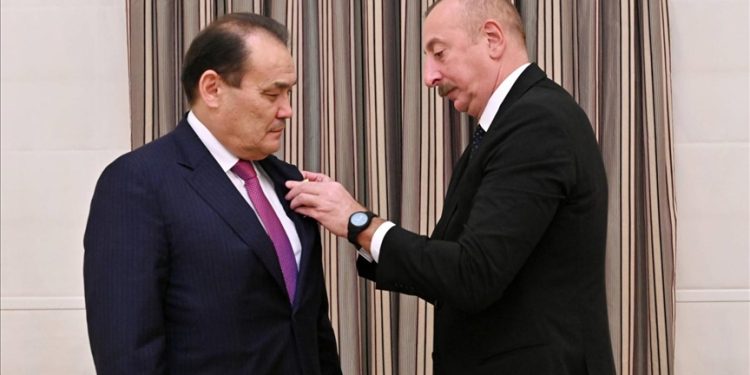 The Azerbaijani president awarded the Organization of Turkic States (OTS) Secretary-General Baghdad Amreyev with “the Order of Dostlug (Friendship)” at a ceremony in the capital Baku on Friday.

Ilham Aliyev awarded Amreyev with the Friendship Order for his productive services as the OTS secretary-general and special efforts in the development of relations between Azerbaijan and other members of the organization.

At the ceremony, Aliyev said: “You, as the secretary-general of the Organization of Turkic States, have played and continue to play an important part in strengthening our unity.”

For his part, Amreyev thanked Aliyev for the award, saying: “It is a great honor for me to receive this order from your hands – the outstanding leader of Turkic peoples who have made a huge contribution to the unity of Turkic peoples, a tremendous personal contribution.”