ADY Container, the Azerbaijani railway company, has added a second vessel to ship cargo across the Black Sea. The vessel sails between the Georgian Port of Batumi and the Romanian port of Constanta and will increase capacity on the Middle Corridor. 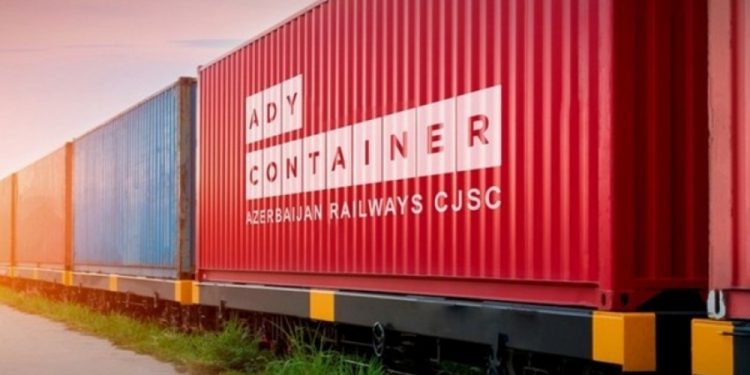 ADY Container set up the liner service in partnership with ASCO (Azerbaijan Caspian Shipping Company) and will have 6 departures a month. The Black Sea crossing is one of the possible routes along the Middle Corridor. In Constanta, cargo is reloaded on the train to continue to various European locations.

Although the core business of the Azerbaijani company is rail, and within its own borders, ADY Container has recently expanded its logistics activities in response to a growing interest in the rail-sea route via Azerbaijan. On 24 May, it launched the first feeder vessel from the Georgian port of Poti to Constanta. It mentioned that it would add more vessels if the demand was there.

The demand has certainly risen since then. The route via Romania has become a popular option, even though the transit time is relatively high (40 days). Companies speak of congestion at the Romanian port. Although this is partly due to bad railway infrastructure on the Romanian part, more vessels across the Black Sea would help ease the congestion, industry players have indicated. A second vessel is a step in the right direction, or as ADY Container puts it: “this will ensure the integrity of the supply chain.”

Ever since the war in Ukraine, shippers turned away from the route through Russia, concerned about the sanctions or for moral reasons. A significant part of this traffic shifted to the Middle Corridor. The Middle Corridor has limited capacity that can only absorb a small portion of the total volumes, but as the other option is sea shipping, there is an incentive for many shipppers to try the corridor.

The Caspian Sea crossing from Kazakhstan to Azerbaijan is part of each route, but from Azerbaijan, there are several options to ship cargo along this corridor. Apart from a second sea leg, it is possible to take the overland route through Turkey. This is a shorter route if there are no infrastructural hurdles on the way. But also across the Black Sea, there are several options. Apart from Constanta in Romania, the Bulgarian port of Varna is taking up some volumes.

The vessel, which will deliver containers from Port of Batumi to the port of Constanta and in reverse direction will have 6 departures a month. The new railway-sea connection between China and Europe will ensure the integrity of the supply chain in the current complex situation and will allow China and Europe to connect quickly and efficiently through Kazakhstan, Azerbaijan, Georgia and Romania.