Throughout history, success of any army has been directly dependent on supply and transportation. One of the main reasons for the defeat of both Napoleon and Hitler on the vast Russian plains was that their armies were not properly supplied. 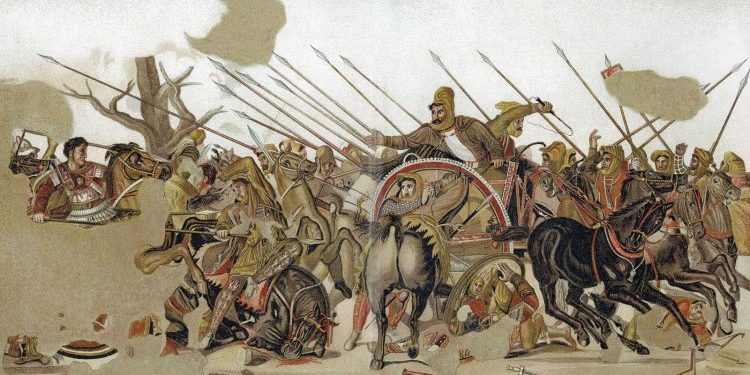 “My logisticians are a humorless lot. They know they are the first ones I will slay if my campaign fails…”

The same can be said of almost any other army. The decline of the Ottoman Empire, the victorious campaigns of the Mongols, etc., all directly depended on the strategy of supply and transportation chosen specifically for a particular geography.

Ancient Greek armies would leave their home states to fight each other, fight in a previously agreed-upon territory, and return to their homeland if they survived. For this reason, armies were never meant to get stuck somewhere in the desert for a long time. During military campaigns, the army was accompanied by thousands of men, women, and slaves. This slowed the army down and decreased its maneuverability, resulting in increased ration consumption. Besides, the army used ox-drawn carts for transportation, which further slowed the army down on unfavorable terrain.

During the reign of Philip II, the Macedonian army underwent radical reforms, and the foundations for the principles of Resilience, Maneuverability and Speed were laid. First of all, Philip forbade the use of ox-drawn carts in the army, and horse-drawn carts began to be used for the first time in the West, which made the army more maneuverable. Philip II also increases soldiers’ carriable load (supplies): every soldier now had to carry a 30 days’ supply of flour, foodstuffs, road construction tools, utensils, first aid kits, a helmet, weapons and other equipment. The entire kit weighed about 36 kg. To further increase the maneuverability and speed of the army, the number of civilians accompanying the troops was significantly reduced, and women were no longer allowed. The number of camp servants was limited to one to every ten infantrymen and one each for the cavalry.

Thus, the Macedonian army had a tangible advantage over other Greek armies, as it could deliver lightning strikes and conduct longer military campaigns. These reforms led, for example, to Alexander covering a distance of 850 kilometers to reach the city of Debes in mere 13 days, taking its inhabitants by surprise and destroying the city as a result. Alexander would use these advantages to fight the Achaemenids, who had conquered a large part of the known world.

The Achaemenid Empire stretched from the Hindu Kush Mountains to Ancient Egypt. Negotiating this diverse, difficult and unfamiliar terrain required a large and reliable baggage train. To control all nuances of the march, a special position, “skoidos”, was created. The duty of the skoidos was to ensure the protection of the train, the safety of the animals, the distribution of resources and the order in the march. Most likely, this position was held by the charismatic Parmenion, the general who served Alexander’s father as well. 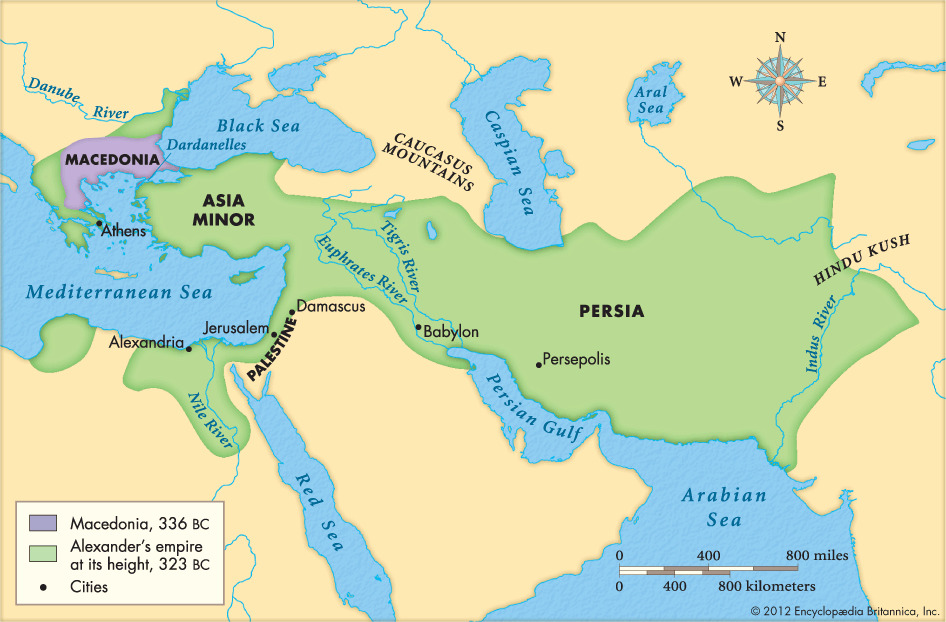 The army also had to adjust its movement to the changing geography. Along with horses and mules, Alexander began to use camels, who were capable of carrying 50 kg more and go without food and water for many days. The carts carried increasingly more weight as the campaign progressed, and when Alexander’s army entered Iran, oxen were again harnessed to the carts, because they now carried the wounded and heavy siege weapons designed to destroy fortress walls. During his military campaigns in the Levant and Egypt, Alexander could always get help via the Mediterranean, but no war had ever taken him so far from the Mediterranean coast. Now he was in Iran, the homeland of the Achaemenids.

As Alexander’s campaign went on undefeated, his soldiers were finally allowed to take their families on the road with them, and they were even encouraged to marry local women. It was no coincidence that that it was in Iran that the baggage train of the Macedonian army became the largest it had ever been. The Achaemenids had an excellent system of roads for that time, and messengers could cover 2,700 km in just nine days via the famous Royal Road (Shahana Road) to deliver the Shah’s decrees from the Iranian city of Shush to Sardis, a city on the Mediterranean coast.

Alexander always preferred maneuverability and speed, so he fed his army with grain that was easily available everywhere—wheat, barley and millet. The dried grain could be stored without spoiling for a long time, and it was ground to flour in hand mills carried by servants to be made into bread. Whenever possible, the army was fed meat and salted fish, and if these products were in short supply, nuts and dried fruits were added to the rations. When Alexander wanted to arrange a quick assault, he ordered his army to carry several days supply of ready-made food. This way, separated from the massive baggage train for a few days and free from the burden of crockery and utensils, soldiers moved at lightning speed and were able to inflict sudden and effective blows on the Achaemenids.

During most of his campaigns, Alexander had to cross the relentless landscapes of deserts and steppes. Each soldier consumed 1.4 kg of grain and 2.1 liters of water per day. On top of this, the army needed another 4.5 kg of food and 30 liters of water to keep the animals healthy. Even camels, a better choice in such conditions, needed 30 liters of water and 10 kg of hay every day to stay healthy and effective. Transportation of rations alone made the baggage train very large and slow. The soldiers also had to carry the collected trophies with them, which meant extra weight and extra animals for the baggage train.

On a safe and long route, the entire army with the baggage train moved at the same time, and in areas with limited resources and small gangs of outlaws, the army was divided into several parts to increase mobility. Alexander always started new marches during the harvest time. For example, in 334 BCE, he divided his army between Gordion and Lycia due to lack of rations. 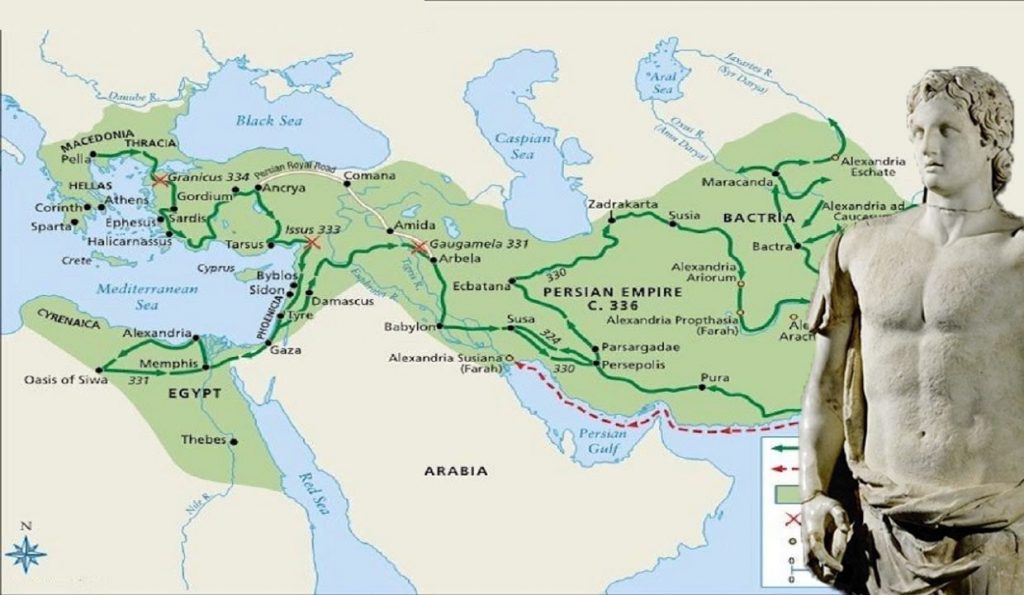 After the Battle of Gaugamela, Alexander’s authority in Asia grew, and he sent envoys to the cities to collect supplies for his army. Those who refused to accept his terms suffered a bitter fate. During the winter, Alexander kept his army near rivers and ports, which he used for navigation, and sent small elite groups to attack and subjugate rebellious cities and fortresses. As we can see, one of the character traits that made Alexander undefeatable was his focus on logistics and advance planning.

In 325 BCE, Alexander the Great was forced to lead his tired and rebellious army that did not want to go deep into India back to Babylon. After 10 years of continuous military campaigns, Alexander’s army turned back.

Moving north along the Makran semi-desert, which stretched along the Indian Ocean to Iran, Alexander lost part of his army. Despite splitting his army in two, he believed that the Macedonian fleet led by Nearchus would deliver them rations and supplies in time. However, the monsoons delayed the fleet for months, meaning a disaster for the Macedonian army—about 75% of the people accompanying the army died.

Logistics is as important in any military campaign as it was in the wars waged by Alexander the Great. The development of this branch of the economy also plays an invaluable role in improving people’s well-being. 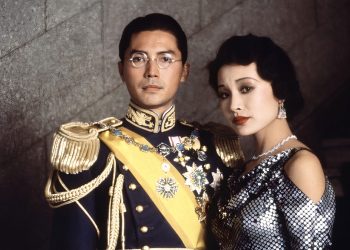 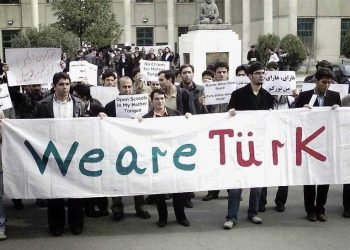 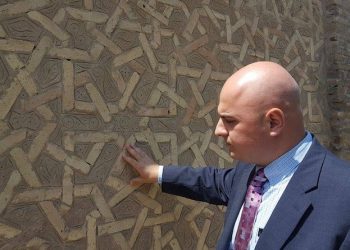 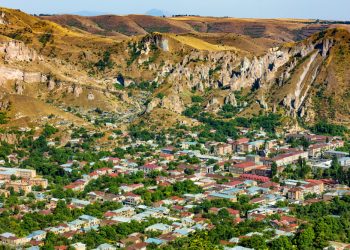