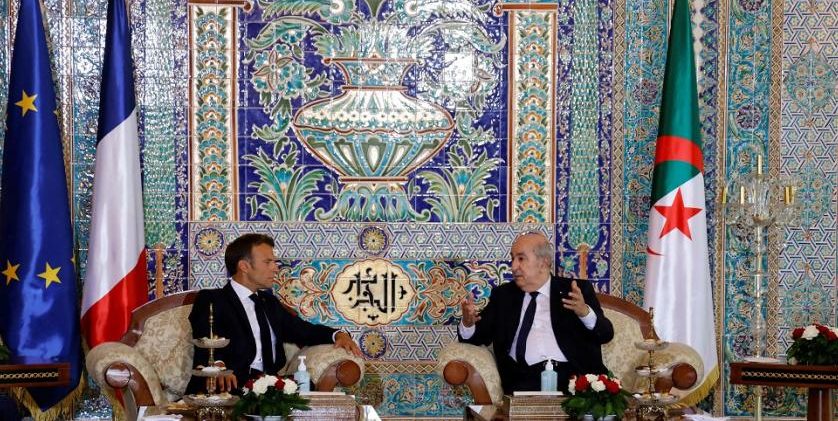 MEPs from political groups ranging from the Socialists to the extreme right are deeply concerned about the North African country’s strategic ties with Russia.

Algeria, the third-largest buyer of Russian arms in the world (in 2021, it signed a contract with the Russian Federation for the supply of weapons worth more than €7 billion), refused to condemn in the UN Russia’s attempts to annex Ukrainian regions. In September of this year, Algeria participated in the Vostok-2022 joint exercise with Russian troops.

At the same time, Algeria is EU’s second-largest gas supplier.

There is a literary device called poetic justice, and the initiative of the MEPs is a perfect illustration of this concept for France. On November 15, the French Senate almost unanimously adopted a resolution calling for European economic sanctions against Azerbaijan, primarily an embargo on the purchase of natural gas and oil from the country.

The resolution was initiated by six senators, who declared that by doing so they would protect faraway Armenia from no less faraway Azerbaijan. The connection between this resolution and the economic interests of France itself in the conditions of a major energy crisis is unclear, but France may feel a hit of that boomerang now.

Economic ties with Algeria in energy are extremely important for Paris: at the end of August, President Macron and the CEO of the French utility company Engie, proposed increasing the supply of Algerian gas to France by 50%. Then the Prime Minister of the Republic, Élisabeth Borne, traveled to Algeria accompanied by a dozen ministers.

Even the former head of France’s foreign intelligence service Alain Juillet noticed how strange this benevolence towards an apparent Russian ally is. In an interview with Valeurs actuelles, he said rather emphatically that the actions of Algeria, a country unequivocally in Russia’s sphere of influence, should have elicited a very different reaction from the French authorities, and there should have been no “attempts to get together and ask for an increase in energy supply”.

Given that Algeria supplies France with 8-9% of all its gas, the French economy would be dealt a serious blow should the European Parliament suddenly force Ursula von der Leyen to prepare sanctions against Algeria for this country’s ties with Russia. After all, the Russian invasion of Ukraine and the occupation of nearly a third of the territory of this European country is not a remote conflict in the Caucasus. The scale is incomparable, as is the impact on the European economy.

Despite all of France’s benevolence toward Algeria, it is not only members of the European Parliament who are concerned about the country’s close ties with the Putin regime. At the end of September, 27 US senators, both Democrats and Republicans, sent a letter to the Biden administration urging it to consider imposing sanctions on Algeria under the Countering America’s Adversaries Through Sanctions Act (CAATSA) for Algeria’s purchases of Russian arms.

That is, even if the French authorities choose to demand in earnest an embargo on Azerbaijan’s energy resources under the aforementioned Senate resolution, Algeria will undoubtedly become the first target of sanctions.

For reference: in the period from January to October 2022, the EU countries bought more Azerbaijani gas than in the entire year of 2021, about 9.3 billion cubic meters. All this is being done as part of the efforts to reduce the EU’s dependence on Russian energy resources. And by 2027 the exports of Azerbaijani gas to Europe will double. By the way, France may not know this, but the gas from Turkmenistan also has to go to the EU through Azerbaijan. Thus, Azerbaijan today remains Europe’s main hope to overcome the energy crisis.

Anyone who understands the seriousness of Europe’s energy situation should be astounded that the French Senate is passing resolutions that openly play to Putin’s gas blackmail.