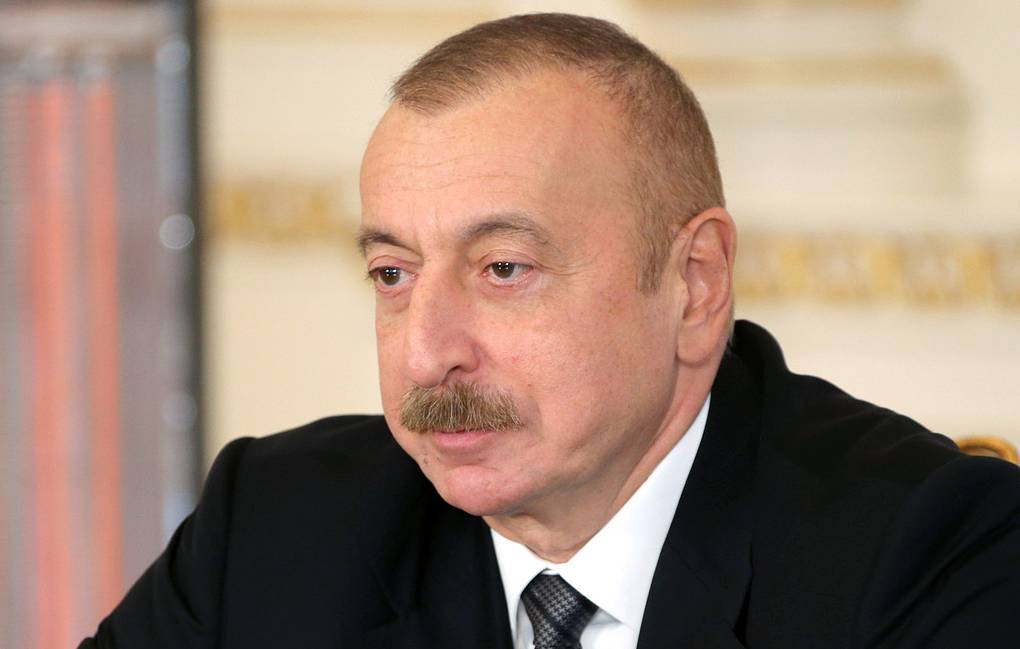 Yesterday the head of the state had a video conference with Vahid Hajiyev regarding the latter’s appointment as Special Representative of the President for Zangilan District. The President recalled that “Zangilan District, as well as our other liberated districts, was subjected to massive destruction” and more than that, “only 1-2 intact buildings remained in all of the city of Zangilan itself, they were used by the Armenian military”. The President put a special emphasis on the plundering of natural resources of Azerbaijan and the environmental damage caused to our country, which does not stop at the trees cut down in Basitchay Natural Reserve.

First of all, the head of the state said that “Armenia subjected to barbaric exploitation the deposits of gold and other precious metals in Zangilan and other districts. It turned the Vejneli gold deposit into an ecological disaster zone, and the illegally mined gold was exported and sold abroad.” The President stressed that the legal procedures had already been initiated. According to the head of the state, the damage is being assessed, the process of inventorying is underway and the preparations for legal actions in the international courts are being carried out as well.

Further, the head of state brought up the environmental disaster of the Okhchuchay River polluted with the untreated waste of the copper plant located in Armenia. “This is a crime, environmental terrorism. Who committed it? The former leadership of Armenia. Because the shareholders of this copper plant were people close to the former leadership of Armenia or people who have family ties with them. We know that the operation of this copper plant was based on corruption schemes,” the head of state said. “Unfortunately, a foreign company, a subject of international audit, was also involved in these corrupt practices,” he added, referring to German Cronimet, and instructed Vahid Hajiyev: “Of course, you, as my representative, should analyze all these issues in more depth and contribute to the work on the issues of compensations, the filing of lawsuits and other legal actions. These are the main objectives, this is the work that needs to be done at the initial stage, including mine clearance.”

Let’s unpack these statements. The head of state essentially says that Azerbaijan intends to seek compensation through international courts for the damage caused during the occupation, both for physical “property” looting and for environmental damage. And not only the Armenian authorities, but also their foreign partners will be affected. In the case of the Okhchuchay River, it is the German Cronimet. In the case of the Vejneli gold deposit, the Swiss luxury watch brand Franck Muller may—and most likely will—feel the impact. One of its CEOs Vartan Sirmakes was an investor of Armenian Vallex Group, which “developed” the Vejneli deposit. They even set up a separate Switzerland-registered company, Base Metals.

At the meeting the President was talking about Zangilan. However, similar precedents of pillaging with foreign involvement, or rather complicity, abound in other formerly occupied and now liberated districts as well. The geography of the atrocities may prove to be much broader. The partners in Yerevan were invited to make money on valuable timber from Azerbaijani forests, building stone, clay deposits, etc. And Vejneli is not the only gold deposit plundered by the Armenian occupiers together with their foreign partners. There is also Seyudlu, also known as the Zod mine, in Kalbajar District, where the Russian GeoProMining worked at the invitation of the occupiers. Finally, a number of deposits remain in the territory controlled by the Russian peacekeeping forces. No operations are carried out there anymore, but during the Armenian occupation they were also subjected to plundering. This means that the geography of the lawsuits and the total amounts will be very impressive.

This is not a quick process, especially given that the filing of a lawsuit requires a detailed expert evaluation, preferably with the involvement of international audit organizations.

But the people at 26 Baghramyan Street and not only they have already seen that if the President of Azerbaijan makes a promise, he keeps it. Especially in the presence of such indisputable reasons. Before the 44-day war, Armenia could, of course, indulge an illusion that they can afford to ignore international law and recognized borders, but this kind of game never did anyone any good. Moreover, having won on the battlefield, Azerbaijan is now shifting the center of gravity to the legal sphere, and there is no doubt that another painful defeat awaits Armenia and its accomplices.