Aliyev’s ultimatum: Is it only for Armenia to consider?

The speech of President of Azerbaijan Ilham Aliyev at the CIS summit in Astana will be analyzed and "taken apart" into key points and quotations for a long time to come. 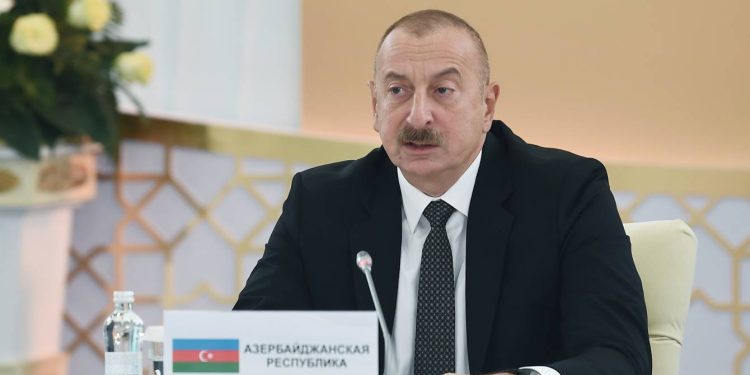 The unprecedentedly harsh messages to Paris, the accusation against Armenia concerning its policy of state terror, voiced for the first time at such a high level, the statement about Yerevan’s direct responsibility and many other things—the head of state’s speech at the CIS summit marked the “zero reference point” of a fundamentally different situation in Karabakh.

To understand the context here, it may be necessary to recall the “Astana expectations” of Baku and Yerevan. On the one hand, there has been a clear resurgence of activity in the post-conflict settlement process. For example, quadrilateral talks of Ilham Aliyev, Nikol Pashinyan, Charles Michel and Emmanuel Macron were held in Prague most recently. As a result, it was decided to send an EU monitoring mission to Armenia (to the CSTO area of responsibility, as the President of Azerbaijan stressed in his speech). Azerbaijan has not allowed the European observers into its territory, but they will eventually appear in the region, thanks to Yerevan’s efforts. Then there were talks in the United States between the Assistant to the President of Azerbaijan Hikmet Hajiyev and the Secretary of the Armenian Security Council Armen Grigoryan with the mediation of Sullivan, National Security Advisor to the US President. US Secretary of State Anthony Blinken’s calls to Baku and Yerevan. And, finally, the interview of Armen Grigoryan to the Armenian Public TV, where he also spoke about the signing of a peace treaty by the end of this year—the agreements on this, according to him, had been reached in the United States.

Against this background, the Astana meeting was also a good chance for Russia to take the lead in the mediation, especially since the question of whether Moscow will allow Yerevan to reconcile with Baku under Washington’s brokerage was well worth voicing. Moreover, neither the Kremlin nor Smolensk Square are hiding their jealousy over the attempts of the EU and the United States to get involved in the settlement process, and the fact that the center of gravity in the mediation between Baku and Yerevan has been clearly shifting to the West in recent weeks is unlikely to delight the Russian capital. Armenia’s attempts to flirt dangerously with the West—even less so.

But now the President of Azerbaijan in his concise and tough speech, first of all, presented an ultimatum to Armenia and sent a clear message to the mediators. In other words, he made it clear what Azerbaijan expects from them. At the same time, by voicing such harsh accusations against the French authorities, the President of Azerbaijan not only “knocked” Paris out of the circle of mediators. The head of the state also left no room for doubt: no mediation mission in the region is possible without Azerbaijan’s consent and without taking into account the interests of our country.  As Ilham Aliyev stressed, “with the mediation of the Russian Federation, a trilateral statement was adopted in November 2020. Azerbaijan is implementing all the clauses of the statement, including unimpeded access from Armenia to Karabakh. Armenia is not implementing its part of the statement. Namely, it is not providing unimpeded access from the mainland Azerbaijan to the Nakhchivan Autonomous Republic, which is its legal commitment, and it still has not withdrawn the Armenian armed forces from the territory of Azerbaijan. We are being patient for now, but our patience is not infinite. If these two important points of the trilateral statement of November 2020 are not fulfilled, we will have no other choice but to act adequately”. Moreover, the President of Azerbaijan accused Yerevan of a policy of state terror, holding the Armenian authorities accountable for both for the mine terror, and for the terrorist attacks in Azerbaijan in the 1990s, as well as for the current series of attacks on Azerbaijani diplomatic missions, and warning that Azerbaijan’s patience has its limits.

And this is an ultimatum that not only Yerevan but also potential mediators should heed. Unless, of course, they want to share the fate of the OSCE Minsk Group.