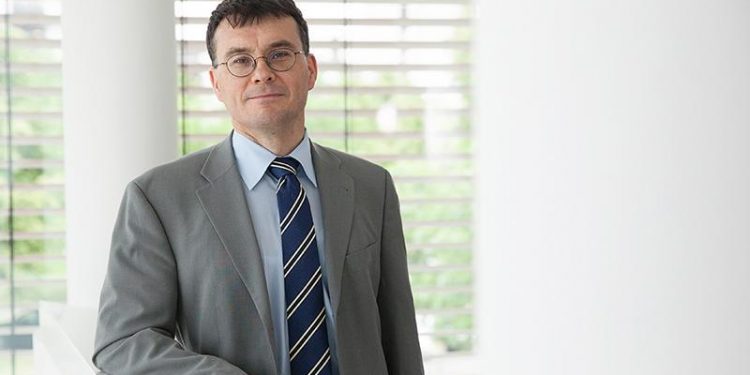 “Being neither a citizen of France, nor of Armenia or Azerbaijan, nor sharing ethnic origins with any of the native peoples of these countries, I nevertheless take the liberty of sending you a small open letter as a researcher who has published a number of books and other works on the conflict between Armenia and Azerbaijan,” starts Dr. Heß his address to President Macron. He further says that he does not agree with the position on the conflict described by the French President as his personal, which is therefore also the official position of France. Stating that he considers it marked by an obvious logical contradiction, the researcher writes, “On the one hand you describe France as ‘part of the mediation forces’. On the other hand, you emphasize vigorously and with great emotion and strong imagery that France supports Armenia in the conflict and will not ‘let it down’. I do not see how a nation or a politician could be part of the ‘mediation’ efforts, therefore in a supposedly neutral position, and support one side in the conflict.”

The German scholar also believes that the fact that nations like France, which are not openly neutral in the conflict, have been accepted by the international political establishment as part of the mediation forces (as the so-called “Minsk group”, etc.) is one of the causes of the failure of diplomatic efforts to resolve the conflict since 1992.

M.R. Heß stresses that he does not share Macron’s ambiguous legal, political and historical references to Karabakh. He quotes the French President, “Nagorno-Karabakh, as you see, was a territory not recognized internationally, and there was a controversy about it”, and responds with a reminder that the former autonomous oblast never ceased to be a part of Azerbaijan legally and politically. Dr. Heß also comments on the 1993 UN Security Council resolutions, reminding Macron that they were adopted with the participation of France itself and demanded, among other things, “the immediate withdrawal of all occupying forces from Karabakh and other occupied regions of Azerbaijan”. He compares the situation to a controversy that would erupt if separatists in Normandy wanted Normandy to be attached to the United Kingdom on the grounds that there are historical links between Normandy and the British Isles.

“In your speech,” the German researcher says, “you do not give a clear and unequivocal priority to the principles of international law, as defended by the United Nations, but you seem to follow a notion of relations between peoples and states, according to which unformalized and mostly fanciful statements can appear as arguments to create a ‘controversy’ at any time and where it would please separatists.”

In his open letter, M.R. Heß gives responds appropriately and accurately to the baseless claims of the French President that “Azerbaijan started the war and occupied the territories”, reminding him the facts about the Armenian aggression that started in 1991, and the atrocities committed by Armenian armed groups, including the Khojaly incident.

The researcher describes Macron mentioning the fictitious “Armenian Genocide”, which took place at the beginning of the 20th century, in the present context of the conflict between Azerbaijan and Armenia as a most dangerous inconsistency.

Dr. Heß makes an assumption that the French President’s lack of impartiality in the interview is motivated by his desire as a politician to establish a good relationship with the Armenian community in his country. He says that even though the voices that make the “other side be heard”, the researchers and publicists who would put forward Azerbaijan’s arguments as well, are rare in the French-speaking world, it would be in the interests of peace and of all parties involved in the conflict not to mix the position of the arbitrator and mediator.

Michael Reinhard Heß, 55, is a researcher at the Free University of Berlin and the University of Giessen. He is the author of several books on the literature, history and cultural heritage of Azerbaijan. The presentation of his book The Legacy of Shusha. The History and Path of Development of Azerbaijan’s Cultural Capital, published this year in German, was organized at the ADA University and the State Committee for Affairs of Refugees and IDPs.