Speaking to national TV on Thursday, Seyyed Abbas Mousavi said, “Every time the relations between Iran and the Republic of Azerbaijan become closer, third parties intensify conspiracies and provocations.” 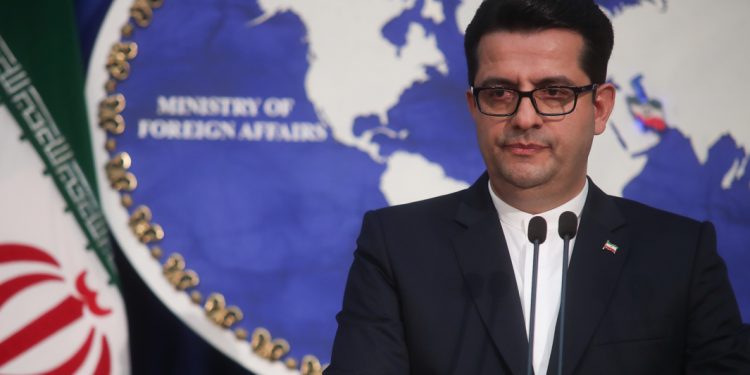 Yet, he added, they fail horribly every time.

“Iran and Azerbaijan are two friendly, brotherly and Muslim countries. They have always been satisfied with having interactions, and they always respect each other,” he reiterated.

The diplomat also said visits by the officials of the two countries, parliamentary delegations and other efforts are intended to improve relations.

On July 20, Deek posted a picture of himself holding a book titled “Mysterious Tales of Tabriz,” captioning it, “I’m learning so much about Azerbaijani history and culture in Tabriz in this great book I was recently presented. What are you guys reading these days?”

The controversial tweet was immediately circulated on social media. Various people took pictures with the book and posted it online.

In this regard, Sina Toosi, a prominent foreign policy analyst wrote on his Twitter, “The message being sent by these hawks (who are emulating an Israeli ambassador) is that Iran’s territorial integrity must be challenged. These are the same people who claim to care about Iranians’ human rights, while sanctioning them to death and trying to tear their country part.”

But Deek did not stop here. On Thursday, July 28, he posted another picture, captioning it, “Can’t wait to read this beautiful book about the works of the great Azerbaijani poet & philosopher Nizami Ganjavi, which I received from the Nizami Ganjavi International Council.”

Replying to the outrageous tweet, Ali Ahmadi, senior fellow at the Geneva Center for Security Policy, wrote on Friday, “The Israelis’ outpost in Baku has taken a new tact of trolling Iranians about Azerbaijan’s secessionist ambitions regarding Tabriz and aspects of Iranian culture Baku wants to claim.

They’re literally reading work translated to Azeri from Persian and claiming it’s from an ‘Azerbaijani poet.’”