Arayik is not happy: “Azerbaijanis are watching me, they even know when I leave my office”

Arayik Harutyunyan, head of the separatist regime operating in the territory of Azerbaijan temporarily controlled by the Russian peacekeeping forces, complains that Azerbaijanis are watching his every move. 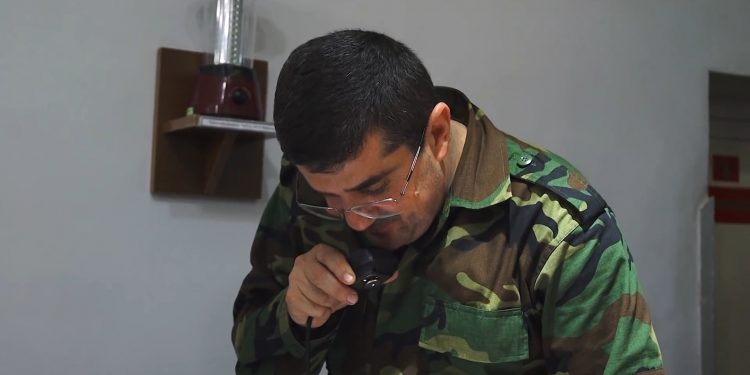 Harutyunyan said this on June 30 when addressing a so-called “parliamentary session” in Khankendi, where the “MPs” discussed Armenian Prime Minister Pashinyan’s “scandalous” statement that, according to the trilateral agreement, Lachin, as well as the villages of Zabukh and Sus are to come under Azerbaijan’s control.

Bear in mind that the issue of relocating Armenians from Lachin and other settlements along the Lachin corridor will become relevant only after the commissioning of the alternative road to be built under the terms of the trilateral agreement of November 10, 2020.

In this regard, “MP” David Galstyan asked Harutyunyan whether the Armenian side had the option of not implementing the clause of the trilateral statement concerning Lachin.

“It is possible in principle to refuse to comply, but we should also consider the consequences,” Harutyunyan replied. “I, too, am against leaving Lachin, but we have to think about the fate of thousands of our people. Unfortunately, there is a network of traitors at work here, so the Azerbaijanis know even when I leave my office and arrive at the parliament.”

We must comment here that the Azerbaijani side was fully aware of everything that was happening in the occupied territories even before the start of the 44-day war. Baku is also aware of the “hunt for spies” as well as the series of arrests of “agents collaborating with the Azerbaijani secret services” that began in Armenia after the war.

As for Arayik Harutyunyan personally, Azerbaijan does not need an extensive spy network to keep tabs on this farcical character: this can be done from the window of any house in Shusha with a pair of binoculars.