During the 19th century and most of the 20th century, the Caspian was essentially a lake shared between Russia and Persia. 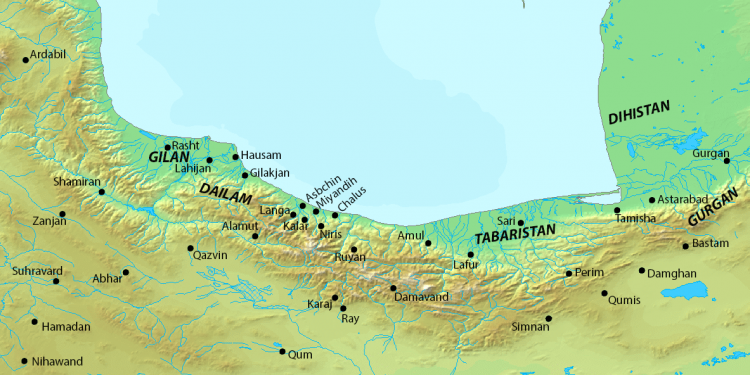 For the most part, what was agreed in Ashgabat was already known. However, one noteworthy outcome was the decision to hold the next Caspian Summit in Iran.

The implications of such a high-level meeting on the Caspian taking place in Iran should not be ignored. Many Iranians still feel they were duped in 2018 when the Convention on the Legal Status of the Caspian Sea was agreed at summit in Aktau.

For years, there was a debate on whether the Caspian was legally a sea or a lake. Under international law there is a significant difference between the two regarding mineral rights and ownership of natural resources. In Aktau, the five littoral states agreed that the Caspian was neither a sea nor a lake, but instead granted it a Special Legal Status.

This basically settled the issue of who owns which part of the Caspian up to 45 kilometers from the coastline. Any question of ownership or mineral rights beyond this point is supposed to be worked out on a bilateral basis between the countries concerned. While the Iranian president at the time, Hassan Rouhani, agreed to the terms, he was met with outrage at home. To this day, the Iranian parliament has not ratified the agreement.

For the average Iranian, the Caspian has a more of a historical and cultural importance than it does as an economically significant oil and gas repository. After all, most of Iran’s energy exploitation takes place far away from the Caspian.

But many Iranians believed that this deal cheated Iran out of more of the Caspian than it was entitled to. As one of Eurasia’s historical powers, Iran sees itself being entitled to a special status in the Caspian region, so it comes as no surprise that some Iranians felt betrayed by the 2018 agreement. At the time, many Iranians took to the streets and a social media campaign was launched by protesters using the hashtag #CaspianSeaSellOut.

The frustration shown by Iranians stems from unrealistic beliefs about how much of the Caspian Sea Iran should have control over — especially when it comes to the seabed, which could hold untold amounts of natural gas and oil reserves.

During the 19th century and most of the 20th century, the Caspian was essentially a lake shared between Russia and Persia. With the emergence of Azerbaijan, Kazakhstan and Turkmenistan after the end of the Cold War, some Iranians believed that these new countries should have received their share of the Caspian seabed from the “Russian half.” Not only is this view unrealistic, but it also has no basis in international law.

Others in Iran believe that the Caspian should still be legally considered a lake, with each littoral state having an equal 20 percent, but again this is unrealistic. To back up this argument, some Iranians cite the 1921 Treaty of Friendship with the Soviet Union and the 1940 Soviet–Iranian Trade and Navigation Agreement. However, Irans reliance on these old treaties is curious because neither refers to seabed ownership or its use.

Considering Iran’s current geopolitical situation at the time, Tehran got a decent deal in Aktau. It achieved control over the Caspian in a way that is consistent with its neighbors, even though it has the shortest Caspian coastline, and still has the option to negotiate with Azerbaijan and Turkmenistan over the delineation of the seabed.

President Ebrahim Raisi knows that the last thing he needs is more civil unrest.  The Iranian economy is in dire straits. It is unlikely that a new nuclear deal will be agreed in Vienna. Economic protests have been a common feature across the country for the past 12 months.

As far as many Iranians are concerned, this issue of Caspian rights and ownership is not settled. It is not clear what position Raisi will take on the matter leading up to the next summit in Iran, probably in 2026. For that matter, there is no guarantee that he will still be in office. But when the next summit takes place, the issue over Iran’s role in the Caspian is likely to remain a feature in the country’s political debate.

In the coming years, the Caspian region will become increasingly important. Europe will look to the region for more energy possibilities. China is trying to make economic inroads in the region. Meanwhile, Russia wants to remain the dominant power in the Caspian. Nostalgia and history drive Iranian ambitions.

The Caspian region has been, is, and will continue to be an area of geopolitical importance and competition.

Luke Coffey is a senior fellow at the Hudson Institute.