Since the beginning of the war in Ukraine and restrictions on the supply of wheat and other agricultural products through the ports of the Azov and Black Seas, the introduction of export quotas in Russia and Kazakhstan and protective duties on cereals, oilseeds, compound feeds, etc. the situation in the CIS food market has deteriorated markedly. 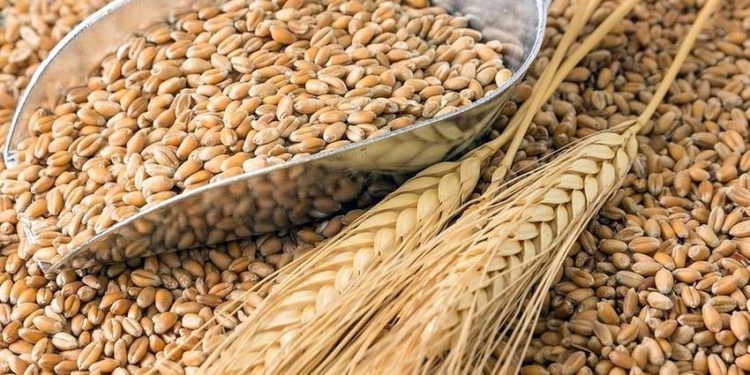 Today, with the participation of the UN, the EU, and Türkiye, the most difficult negotiations aimed at creating a “grain corridor” from Ukrainian ports are continuing. At the same time, the cold and rainy spring-summer period shifted the grain harvest schedule in Azerbaijan, and today it is quite difficult to guess what the final harvest of 2022 will be.

The end of June does not give hope that the food crisis caused by the war in Ukraine will be resolved soon: the blockade of ports on the Azov and Black Seas continues, which prevents the export of Ukrainian agricultural products, especially grains and oilseeds.

About a month ago, Türkiye initiated negotiations with the governments of Ukraine and Russia on a scheme of passing Ukrainian dry-cargo ships carrying grain from Odesa, Mykolaiv, and other port points under the escort of Turkish ships to the neutral waters of the Black Sea. Ultimately, it was supposed to ensure grain shipments to the Black Sea countries and further to the Middle Eastern and North African states, which suffered the most from the consequences of the food crisis. However, despite a number of rounds of talks organized by Ankara, it has not yet been possible to achieve a positive result on the “grain corridors. Ukraine wants security guarantees after it demines its ports, and Russia demands that its ships “not encounter any surprises when entering international waters”.

Nevertheless, the scheme of “grain corridors” proposed by Ankara is still on the agenda – the initiative is supported by the US, EU, and UN, and the issue was discussed at the recent G7 summit. The other day, the White House’s National Security Council Strategic Communications Coordinator, John Kirby, said that the United States welcomed Türkiye’s role in resolving the grain crisis caused by the situation in Ukraine and also stressed that Joe Biden’s administration was making efforts to resolve the issue. Against this backdrop, Türkiye’s frienemies have also attempted to seize the initiative on the grain issue. Greece has expressed its readiness to provide warships and merchant ships to help export grain from Ukraine; in turn, the Foreign Ministry of Iran has offered Kyiv its help in opening a corridor for transporting grain across the Black Sea.

However, Kyiv prefers to see Ankara as a partner, and in the next few days, Turkish President Recep Tayyip Erdogan plans to hold telephone conversations with Presidents of Russia and Ukraine – Vladimir Putin and Volodymyr Zelenskyy. And if the preliminary agreements are successful, representatives of the conflicting states will meet in Istanbul with the participation of UN experts.

At the same time, in order to create an alternative to the sea transshipment of grain and other Ukrainian agricultural products, the European Commission is considering the possibility of accelerating the process of organizing “solidarity corridors” to facilitate the export of food cargoes from Ukraine by various land routes, with further export through the ports of EU countries. It is noteworthy that Kyiv has managed to pave two overland routes for grain export through Poland and Romania, but the possible volume of railway transportation is many times inferior to the capacity of sea transshipment, besides, transportation by ship is much cheaper. Such factors as traffic congestion on Eastern European “steel” highways, as well as the recent disaster in Romania, where a train loaded with Ukrainian grain, went off the rails, are not in favor of the overland corridor.

No less damaging to the regional trade in food raw materials are the decisions made by the Russian government since the end of last year. A number of restrictions and export quotas were introduced in the neighboring country, and customs duties on the export of fertilizers, grains, flour, oilseeds, mixed fodder, and several other types of agricultural raw materials were increased. Recently, the restrictions were tightened even more: the export duty on Russian wheat was raised from $142 to $146.1 per ton on June 29, while the export duty on corn was increased from $86.5 to $88.7 per ton. Moreover, the Russian government has imposed an export ban on rice, rice groats, and feed amino acids since July 1. These decisions will remain in force until December 31 this year and are aimed to ensure food security in the country, maintain stable domestic prices for these products, as well as to support livestock breeding and processing industries.

Russian policy on limiting of export of grain and other agrarian products has a very negative effect on prices on the world market. Thus, the selling price of Russian wheat today has reached $404 per ton, which is three times higher than more than a year ago. According to the forecast of Arkady Zlochevsky, president of the Russian Grain Union, the wheat harvest this year may reach 83-84 million tons, and more than half of it is expected to be exported. However, taking into account the pressure of excessive demand on the world markets no one can expect prices for wheat to go down.

Thus, the shortage of “bread” continues to affect the markets of most post-Soviet countries, some of which also have to introduce certain export restrictions or raise customs duties to protect the domestic market. Kazakhstan, the largest regional grain producer, had to resort to similar measures back in spring. In turn, in order to maintain the stability of the domestic food market in March this year, the Cabinet of Ministers of Azerbaijan adopted a resolution “On measures to regulate the export from the territory of the country of some basic food products that are part of the minimum consumer basket, and goods used in their production”. The document restricts the export of basic food products and raw materials, including flour and cereals, malt, starches, inulin, wheat gluten, oil seeds and fruits, some medicinal plants, forage grasses, and fodder grain.

A few days ago, the government of Georgia also decided to ban the export of wheat and barley, with restrictions introduced from July 4, 2022, to July 4, 2023.

Thus, global processes of de-globalization of commodity and food markets have reached the post-Soviet region as well and, according to information circulating in the media, steps on food security are forcing other CIS and EAEU countries to close their markets. Rather a difficult situation with grain supply is in the South Caucasus countries: in Armenia, about 90% of food wheat is imported from Russia, in Georgia, the Russian Federation accounts for 70% of imports, while in total 500,000 tons of wheat is imported to the republic annually. Azerbaijan produces a little more than 3 million tons of cereals a year and to a large extent provides itself with fodder grain, including about 60% of wheat, mostly of soft-oat varieties. However, about 40% of durum wheat has to be imported from abroad. For example, last year the republic received about 1.1 million tons of wheat, and Russian producers accounted for about 90% of all imports.

Such dependence on the Russian market carries serious risks, so the Azerbaijani government has taken a number of steps to change the geography of supply and diversify imports, as well as increase grain reserves. In particular, in the second half of last year, in order to diversify supplies, it was increased 3.5-fold the purchase of wheat in Kazakhstan, where it was supplied 52,746 tons at more than $15.850 million. According to the State Customs Committee, in the first two months of this year, imports of wheat increased 6.8-fold, largely due to increased imports from Kazakhstan. Thus, according to CJSC Kazakhstani Railways, in January-May 2022, deliveries of wheat to Azerbaijan increased 6.1-fold or 128.3 thousand tons. In turn, Azerbaijan intensified the activity of the newly established State Reserves Agency forming the structure of food reserves, and from now on a part of imported and produced in the country grain is reserved in the elevators of the Agency – both in case of force majeure and in order to regulate prices in the domestic market.

Nevertheless, it is obvious that such dependence on imports in conditions of the volatility of the world grain market and intricate geopolitical collisions poses a threat to the country’s food security in the long term.

Therefore, in the medium term, Azerbaijan plans to meet more than 80% of the republic’s needs in food wheat through domestic production, including by increasing the number of specialized grain agro-parks with economical irrigation systems and sowing of elite high-yield wheat varieties. Such high-tech farms in Aghdam, Aghjabadi, Barda, Saatli, Sabirabad, and Samukh districts have already shown themselves very well this year: despite the rainy and cold weather in the spring and summer of 2022, which shifted the schedule of winter crops for more than two weeks, the average yield in these areas was 40-50 centners per hectare. In general, currently, 61 districts of Azerbaijan continue to harvest grains, and in general, the harvest from 49% of cultivated areas, in particular, barley harvesting is completed by 75%. However, what will be the final yield of grain by the end of the summer harvest is not clear yet, much depends on the stability of weather conditions.

One way or another, Azerbaijan has bet on the expansion of specialized grain farms with a high level of commercial production. Over time, such high-tech agricultural parks are planned to develop in Karabakh and East Zangazur economic regions, where in general there are 1 million hectares of suitable areas for agricultural production, including 128 thousand hectares of irrigated land. In the near future, Azerbaijan also plans to sharply increase grain production in the framework of a joint project with Israel, providing our country with the latest agricultural technology for growing wheat. It is expected that significantly increased production volumes will ensure the supply of grain to the Israeli market by 2025.