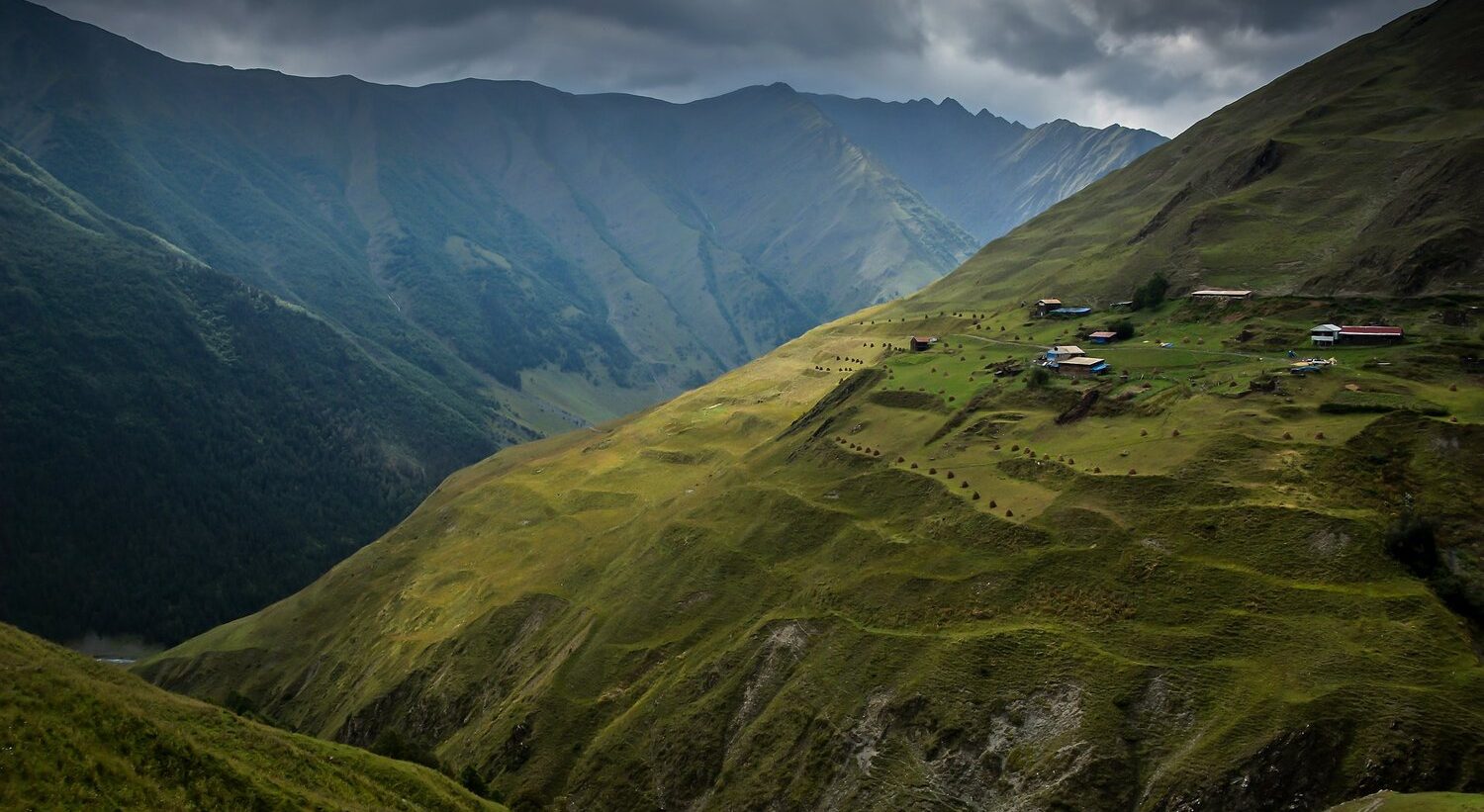 The sudden clashes, which occurred on July 12-14 on the state border between the two sides in the direction of the Tovuz region of Azerbaijan, geographically far from the occupied territories of Azerbaijan, resulted in the loss of up to 20 military servicemen on both sides. The recent historical background of these clashes and the developments following them demonstrate that the two conflicting countries have entered a period that is likely to be more dangerous and unstable for the peace and security of the region.

Violent dispute between Armenia and Azerbaijan broke out in the aftermath of the dissolution of the Soviet Union in late 1980s, though it had roots back in the Soviet period, when Armenians consistently sought to have the Nagorno-Karabakh region separated from Soviet Azerbaijan and unified with Soviet Armenia. After the break-up of the Soviet Union, Armenia launched a full-scale military operation against Azerbaijan in 1992–94, which resulted in the occupation of almost 20% of Azerbaijan’s internationally recognized territory. Notwithstanding the internationally mediated peace process since the ceasefire agreement established in May 1994, the two sides failed to reach a peace agreement. In the aftermath of the so-called Velvet Revolution of 2018, which brought Nikol Pashinyan to power in Armenia, a degree of optimism arrived at the negotiating table. In contrast to his predecessors, Prime Minister Pashinyan is not of Karabakh origin and is not associated with the war of the early 1990s. This was part of the reason why he was therefore expected to show more constructivism with regard to the negotiations brokered by the Minsk Group of the OSCE, co-chaired by Russia, the United States, and France.

There were indeed a number of positive developments at the beginning of Pashinyan’s rule. In late 2018, the leaders of Azerbaijan and Armenia agreed on the establishment of a telephone hotline between the military commanders for the first time, and in January 2019 they agreed to take concrete measures to “prepare populations for peace.” These happened against the backdrop of a substantial decline in the number of casualty-causing incidents to a handful in 2019. These developments, on the one hand, denoted the importance of political will for de-escalation and, on the other hand, generated hope and favorable conditions for further agreements and an eventual breakthrough.

These expectations, unfortunately, did not become reality, as an abrupt volte-face of Prime Minister Pashinyan caused a dramatic deterioration in the peace process and paved the way for the current escalation. Three decisive milestones can be marked in his policies that dealt serious blows to the negotiations and provoked the military confrontation.

First, in March 2019, Pashinyan and his government cast doubt on the internationally mediated negotiation process and attempted to change its format by bringing in representatives of the local regime in the occupied Karabakh region. This attempt was challenged not only by Azerbaijan but also by the OSCE’s Minsk Group. It is important to note that the founding documents of the Minsk Conference, dated March 24, 1992, defined the two parties to the negotiation – Armenia and Azerbaijan. Elected and other representatives from the Nagorno-Karabakh region of Azerbaijan will join the negotiation process only after consultation with and consent from all parties. This formula implied that, given some progress in the talks, both communities of the Nagorno-Karabakh region – Armenian and Azerbaijani – would become involved, as clarified by the Minsk Group Chairman in a statement issued on September 15, 1992.

The second destructive move was made by the Armenian Prime Minister in the summer of 2019. In his address at the opening ceremony of the Pan-Armenian games that were held illegally in Khankandi, part of the Armenian-occupied internationally recognized territories of Azerbaijan, on August 5, 2019, Pashinyan called for unification between Armenia and Karabakh, declaring “Karabakh is Armenia, period.” Breaking with the tradition of former Armenian governments that previously denied Yerevan’s control over the occupied regime established in the Nagorno-Karabakh region of Azerbaijan, he put the essence of the entire peace effort into question. Even Foreign Minister Sergey Lavrov of Russia, Armenia’s ally within the Collective Security Treaty Organization (CSTO), reacted to Pashinyan’s speech and highlighted that such statements “do not help the settlement of the conflict.”

Finally, the last major blow to the peace process was dealt in April 2020, when the Armenian government denied the existence of any documents on the negotiating table. This statement was made by the Foreign Ministry of Armenia in response to the remarks of Russian Foreign Minister Sergey Lavrov about the peace negotiations between Armenia and Azerbaijan. Addressing a videoconference organized by the Gorchakov Public Diplomacy Fund, Lavrov expressed support to the existing “firmly established format of negotiations” and described the draft documents on the agenda to be a “very important step in implementing the [United Nations] Security Council resolutions.” This caused particular concern in Armenia as the resolutions of the UN Security Council, adopted in 1993, demanded the immediate withdrawal of Armenian military forces from the occupied territories of Azerbaijan. A month later, making yet another provocative move, the Armenian side held an inauguration ceremony, with Prime Minister Pashinyan present, for the new so-called president of the local regime in the city of Shusha in occupied Nagorno-Karabakh – a place of deep cultural significance to Azerbaijanis.

The July 12–14 escalation should not be viewed as unexpected against the background of this record low in relations between Armenia and Azerbaijan since mid-2018. However, the clashes between the two sides took place in an unusual location, as the bone of contention between the two conflicting parties is occupied Nagorno-Karabakh and the surrounding territories. A number of reasons have been mentioned by local and international observers attempting to explain the motivation behind this incident.

For many experts, the attack – directly along the state border between the two rival South Caucasus neighbors – was a deliberate move by the Armenian side to lay the ground for the involvement of the Moscow-led CSTO in the conflict. Notably, any hostilities in the Karabakh region itself or the surrounding Armenian-occupied areas do not fall under the jurisdiction of the alliance owing to the status of this area as part of Azerbaijan’s internationally recognized territories. In an attempt to invoke Article 4 of the CSTO Charter, which designates an attack on a member state as an attack against all members, Armenia’s Foreign Minister Zohrab Mnatsakanyan held a phone conversation with CSTO Secretary General Stanislav Zas. A few hours after their talks, the secretary general announced an emergency meeting of the organization; however, that meeting was soon postponed indefinitely, for unknown reasons.

A plan to sever the connection between Azerbaijan and Europe was also assumed by some observers as part of the motivation leading to the July clashes. Importantly, Azerbaijan’s Tovuz district where the recent clashes took place is a region that hosts major energy pipelines (the Baku–Tbilisi–Ceyhan oil pipeline and the Southern Gas Corridor) and transportation routes (the Baku–Tbilisi–Kars railway and the East–West Transport Corridor) connecting Azerbaijan with Europe through Georgia and Turkey. Any instability in this part of Azerbaijan would deal a serious blow to its connection with its Western partners, with overarching consequences for both sides. Therefore, the potential role of some third parties, who oppose the rise of Western influence into the South Caucasus, in the recent escalation on the border has been emphasized by some experts.

The escalation, unfortunately, did not remain limited to the clashes between the armed forces, but it spiraled into information warfare between the two nations and, more dangerously, spilled over into the diasporas in third countries. Most strikingly, as part of the disinformation campaign that Armenia waged against Azerbaijan, it was claimed that “Having so many casualties without territorial gains, the Ministry of Defense of Azerbaijan threatened to launch a missile strike on the Armenian Metsamor nuclear power plant.”

This particular threat had, in fact, been made by a low-ranking official of the Ministry of Defense of Azerbaijan. However, there are two nuances that must be mentioned to get a clear understanding of the context and motives. First, the statement by the official of the Ministry of Defense was made in response to a question by a journalist who asked how Azerbaijan would reply if Armenia were to strike the Mingachevir Dam, the biggest dam in the entire Caucasus that would cause catastrophic humanitarian consequences to Azerbaijan if destroyed in a military attack. Contrary to the claims quoted above, therefore, this pronouncement was not made because of “so many casualties without territorial gains.” Second, the Presidential Administration of Azerbaijan refuted the claim that Azerbaijan has plans to strike Armenia’s nuclear plant and emphasized that this threat was made by a low-ranking official and does not represent the official policy of Azerbaijan.

The attacks against Azerbaijani civilians in third countries were of even greater concern and need to be taken seriously. One such attack occurred in Los Angeles, a Californian city that hosts the largest Armenian community outside Armenia. More than 500 Armenian protestors faced off with an Azerbaijani group of much smaller size (less than 50 people) near the Azerbaijan Consulate General. The Los Angeles Police Department is currently investigating three hate crime and battery incidents after three people from the Azerbaijani group sustained non-life-threatening injuries. For the U.S. Ambassador to Azerbaijan, Earle Litzenberger, there is irrefutable evidence that the provocation in Los Angeles was committed by aggressive Armenian demonstrators.

What is more, the recent developments between Armenia and Azerbaijan are extremely worrying as they are also an indication for future confrontations between the armed forces of the two countries and between civilians. The evident failure of the internationally mediated negotiations and the destructive dynamics in the region continue to preclude a breakthrough in the foreseeable future and keep peace as an inaccessible dream of the region’s people. This situation in the South Caucasus needs to be taken more seriously by all international organizations whose mission is to promote peace and non-violent conflict-resolution across the world as well as by all the major powers that can influence the process.

Dr. Farid Shafiyev is Ambassador and Chairman of the Center of Analysis of International Relations (AIR Center), Baku.

Dr. Vasif Huseynov is Senior Advisor at the Center of Analysis of International Relations, Baku.