The foreign ministers of Azerbaijan and Armenia are to meet in Geneva at the end of this week, on October 2. The Geneva dialogue between Jeyhun Bayramov and Ararat Mirzoyan is supposed to be an important step in the preparation of a future peace deal. 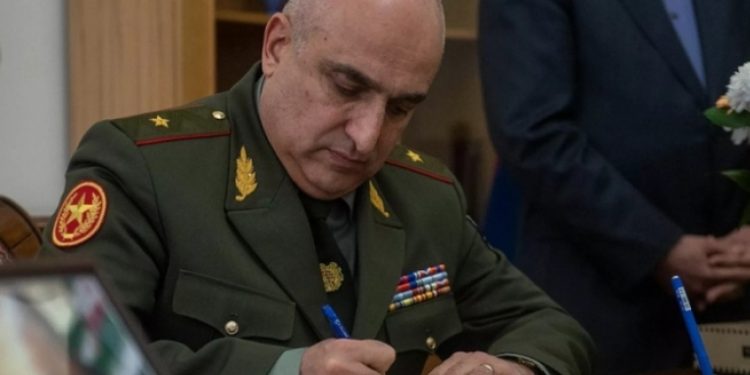 In this regard, Azerbaijan has repeatedly stated that Armenia is doing everything it can to avoid signing a peace treaty, deliberately stalling and arranging regular provocations, which lead to fighting on the border and numerous casualties on both sides.

“Despite provocations on Azerbaijan’s part, the Armenian side will attend this meeting,” the spokesman stressed. “Thus, the Azerbaijani Foreign Ministry’s claims that Armenia is allegedly trying to derail the talks are unfounded. Armenia remains as constructive as before and aims to achieve a lasting peace in the South Caucasus, and expects the same from Azerbaijan.”

Interestingly, around the same time Major General Arakel Martikyan, Deputy Chief of the General Staff of the Armenian Armed Forces, explicitly said the following at the meeting with foreign ambassadors in the border province of Gegharkunik.

“There is a clear and concrete order to restore Armenia’s sovereign borders. It is the duty of the armed forces to carry out the order of the Supreme Commander-in-Chief. And we will do whatever it takes to achieve our goals.”

Once again, we see that army commanders, trained to keep military secrets, unlike diplomats, never learned to conceal their intentions. While Armenia’s Foreign Ministry spokesman voices his country’s commitment to “achieving a lasting peace in the South Caucasus”, the second person in the Armenian army after the defense minister openly declares that there is an order from the Armenian leadership to unleash a new war against Azerbaijan.

Then again, if we analyze Armenian Prime Minister Nikol Pashinyan’s recent public statements, it is easy to see the warmongering trend in them. He claims that the CSTO has betrayed Armenia by refusing to join the war against Azerbaijan, he complains about Russia refusing to sell weapons that have already been paid for to Yerevan, he announces the purchase of weapons worth hundreds of millions of dollars from India…

And all this is happening against a background of speculations on the importance of peace talks with Azerbaijan and the need “to achieve a lasting peace in the South Caucasus”.

It is obvious that Armenia, on the one hand, is trying to portray itself in the eyes of the world community as a peace-loving country, genuinely seeking to establish a dialogue with Azerbaijan, and on the other, based on Arakel Martikyan’s statement, is preparing for a military rematch.