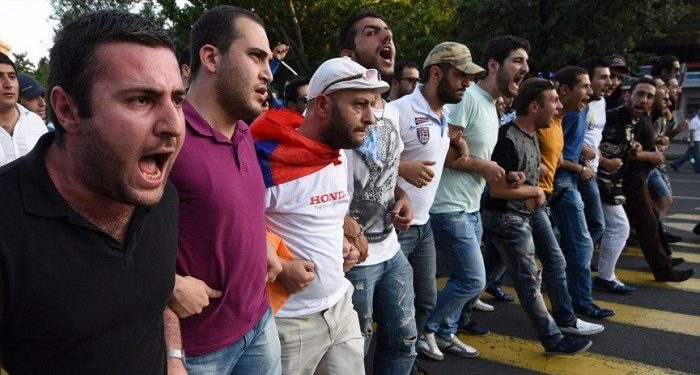 “Before the 44-day war in Karabakh, I could say with confidence that the Armenian people are a people loving their homeland and capable of sacrificing even the most precious thing—their lives—to save the homeland. Unfortunately, the 44-day war and its aftermath tell a very different tale,” Anania Maakyan writes in his op-ed in Hraparak.

“The very fact that our people accepted the shameful agreement of November 9 seems to have made it clear that not only will they accept the loss of Karabakh, but they are even ready to surrender a number of Armenian territories to the enemy. And the real name of this phenomenon is not avoidance of war, but simple fear.

“Of course, during the war and after it, thanks to our shameful, failing diplomacy, we clearly saw that we were all alone in the world and no country wanted to stand by our side and protect us, but that does not mean that we should behave so cowardly, putting up no resistance at all, rolling over like a gentle lamb, saying, well, let’s give the enemy everything they can reach.

“I do not believe that there is any other nation, other people in the whole wide world, who, even if such a powerful country as the United States wanted an inch of their land, would silently acquiesce and not try to resist with everything they have. From now on we would have the status of a servant, servant at best.

“I think it would be much better for the nation, for all the people to gather in the Republic Square, pour gasoline over ourselves and set ourselves on fire to disappear off the face of the earth with dignity,” Maakyan says.