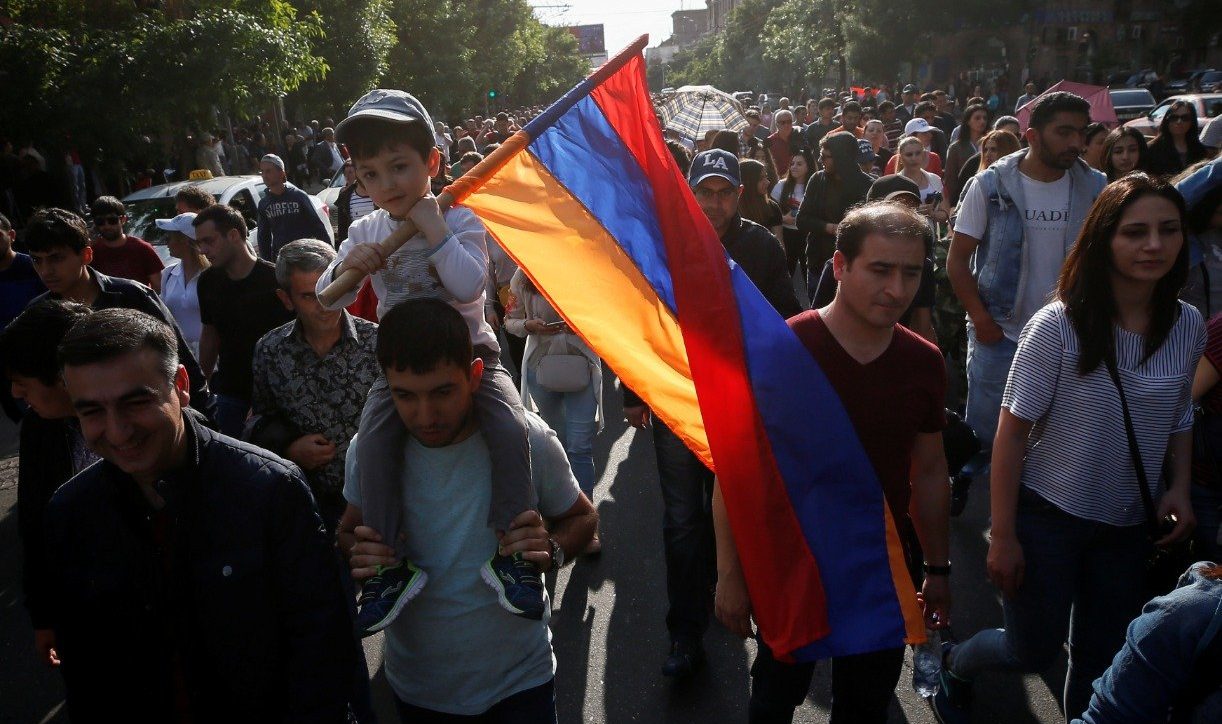 Armenia has once again been left high and dry. And this is like a sign from above. Armenia's entire 30-year foreign policy has suffered a severe and, to all appearances, final collapse

A group of activists posted on Epress.am an appeal to Armenian Prime Minister Nikol Pashinyan under the eloquent slogan “Peace—and no buts”.

The authors of the appeal declare: “We counter the land claims with a demand for peace, we insist that there is no alternative to peace. This is not a ‘noose around the loser’s neck’, but a free expression of the will of the people of Armenia to live in a peaceful environment, ratified at the 2021 extraordinary elections”. The authors of the appeal “regretfully” state that “the leaders of the non-violent, bloodless people’s revolution of 2018, coming to power, joined the ranks of ‘traditional’ war parties and fell into a trap set by the past”. The activists do not intend “to ignore the efforts of the current government to bring the country out of the deadlock of isolation and ethnic animosity, to unblock and mend relations with its neighbors —especially against the background of the current extremely complicated geopolitical situation, when the state sovereignty is vulnerable and Armenia is facing grave security threats”.

They harshly criticize Robert Kocharyan, Serzh Sargsyan and their supporters who are now protesting in the streets of Yerevan:

“We believe that there is no place for war parties in Armenia anymore: the vicious circle of coups looking for excuses in speculations over the Karabakh issue is broken, and they have no other choice but try to seize the power of the people by provoking a final civil war. It is perfectly clear that none of the self-proclaimed ‘saviors of the nation’ are going to go to war with Azerbaijan, let alone with Turkey. So, the only available target for ‘Armenian retaliation’ these days is the ‘inner Turk’: ordinary Armenian citizens like us, who chose not to die for their homeland, but to live in their country, freely, with dignity, happily. We break the silence of thousands of citizens who think like us, but are disgusted by the labels of ‘Turk’ and ‘traitor to the nation,’ and demand that the legitimate authorities of the Republic of Armenia keep their promise and resolve the Karabakh conflict with a peace treaty. Sharing the pain and sorrow of our people who suffered from the catastrophe of war, all the justified fears of our colleagues from civil society, our share of responsibility for the protection of the rights of ‘Artsakh Armenians’ (the quotation marks are ours—Ed.), we demand peace with no ‘buts’.”

Tho petition was signed, among others, by teachers, academics, journalists, housewives, and even those who simply identified themselves as “Armenian citizens”. The collection of signatures continues.

This appeal is an a priori landmark event. The 44-day war and Armenia’s defeat resulted in a major shift in the local public opinion.

The authors of the appeal are not just demanding that Nikol Pashinyan start working on a peace treaty with Azerbaijan in earnest. They also openly advocate the renunciation of “land claims”, sending a clear and long-overdue message to both the authorities and the society:

Armenia must give up its claims to Karabakh. The people want peace. And they already understand that the new claims to the lands of neighboring countries are not about rallies with beautiful slogans. The activists do not just call the leaders of the “Karabakh clan” enemies of their own people. They are stating the key point: the people of Armenia are tired of war (especially, we should add, with no chance of winning). The reference to “the complicated geopolitical situation, when the state sovereignty is vulnerable and Armenia is facing grave security threats” is also understandable. The translation is: against the background of Armenia’s status as an “outpost of Russia”, the Ukrainian war, and all the “troubles” that Moscow is facing, the chances of securing external support for a war with Azerbaijan and Turkey are essentially zero. This means that today Armenia must abandon the idea of redrawing the borders by force, and its citizens must seek an opportunity “to live in their own country, freely, with dignity, happily”. Even though we cannot help wondering how many Armenian citizens share the ideas expressed in the appeal, the very fact of this appeal shows how much public opinion in Armenia has changed after the sobering effect the 44 days of defeat had on many of its people.

All that remains is for this call to be heard by official Yerevan.