Hiding behind the backs of women and children, passing off their destroyed soldiers as civilians have been a favourite hobby of the Armenian propaganda machine for decades. 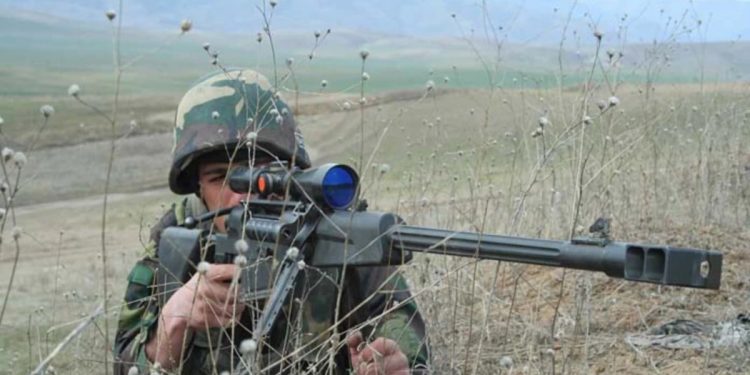 “If you tell a lie big enough and keep repeating it, people will eventually come to believe it,” they used to say in the Third Reich. This is what they say and do in modern Armenia.

Here are some recent examples. After the failure of the September aggression, when the Armenian servicemen shamefully fell silent, Armenian propagandists stepped in, who tried to artificially make another fairy tale about how “bloodthirsty Azerbaijanis” killed two “innocent” nurses – Susanna Margaryan and Anush Apetyan. By the way, the Chief of the General Staff of the Armenian Armed Forces Eduard Asryan told about them with a tremor in his voice, with a tear in his voice, a foreign diplomat. In his story, Margaryan and Apetyan were just military personnel, without specifying their military speciality. And they were snipers. That is, instead of giving birth and raising children, Susanna and Anush deliberately went to the army to kill Azerbaijanis. As you know, Azerbaijani servicemen always try to adhere to the unwritten code of honour – not to shoot at civilians and medical workers. However, the “[Armenian Defence Minister Suren] Papikyan shooters” profess a different philosophy, considering everything that falls into their sights as a legitimate goal. No wonder as the Armenian “Amazons” went home in plastic bags. And immediately, through the efforts of propaganda, they turned into the next “victims” of Azerbaijan.

The story of Alice Melkonyan from Bashkand (Garakilsa District) is also characteristic, which some Armenian TV channels also seemed to initially try to present as an “innocent civilian victim”, although, since 2016, photos of her in military uniform and with a sniper rifle on her shoulders have been walking around the [social media] network. Therefore, it was decided to make a “hero” out of her as an example to male servicemen, who, as you know, do not shine with special courage, and 10,000 deserters in the days of the 44-day war have long been a byword.

Alice’s brother, Ensign Gagik Melkonyan, by the way, a sniper, was successfully eliminated by our soldiers during the repulse of the April provocation of the Armenian Armed Forces in 2016. “Alice swore on the day of her brother’s funeral that she would continue his work. She did so,” the Armenian media tearfully describe her fatal decision. As a result, 41-year-old Alice was killed on September 13, 2022, when Azerbaijan repelled another Armenian provocation. Baku handed over the body of Alice Melkonyan to Yerevan on September 20, along with the corpses of 94 other Armenian servicemen.

Alas, this did not teach the much-thinned Melkonyan family anything. Their four-year-old niece Karina, who dreams of becoming an Armenian serviceman (probably a sniper) and fighting with the Azerbaijanis, intends to follow in the footsteps of Gagik and Alice. The only question is, for what? For the mythical “miatsum” [unification] and lands alien to Armenians? Well, as they say, you’re welcome. Since June 1993, the Azerbaijani Armed Forces have been skillfully eliminating any melkonyan, even with a beard, even in a skirt, who dared to encroach on the holy Azerbaijani land and the life of our warriors.