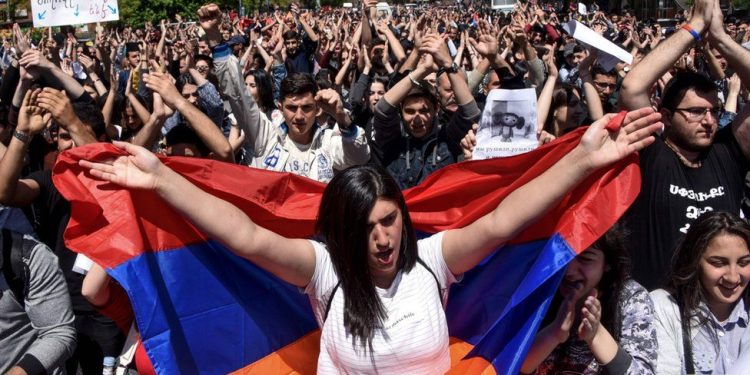 It was with pain in their hearts and tirades on their lips that the journalists witnessed the horrifying images of Fizuli burned to the ground, devastated Aghdam, cannon-mangled Shusha… The Canadians reached the Iranian border, shocked by the scale of vandalism and destruction. The journalists were particularly appalled by the destruction of cultural heritage and religious sites, and by the desecration of mosques by the pagans.

“At one point we were about 10km from the Iranian border … here, one of many mosques bombed out,” blogger Dave Gordon immediately posted on his Facebook page.

And next to this apocalypse journalist Shai de Luca was stunned to see the multicultural harmony in Azerbaijan itself, especially the role and place of the Jewish community in the country as the hydra of antisemitism rears its ugly head in the world again.

In their reports, the Western journalists sincerely, honestly, and truthfully described the scorched earth, pointing in their conclusions to the host of the satanic ball.

However, the honesty and impartiality of the Western journalists caused anger, hatred, and a wave of outrage among the Armenian users of social media. For the most part, members of the Armenian diaspora, as well as the disgusting followers of the Armenian nationalist thought, attacked the journalists. They used every means at their disposal, including blackmail, insults, and threats. As a result, Shai de Luca was forced to close his social media accounts for personal safety reasons.

Harassing the Western bloggers, Armenian Nazis did not hesitate to use their favorite vile weapon: antisemitism. Many of the visiting journalists, ethnic Jews, say that this is the first time in many years that they have faced death threats because of their ethnicity.