Iran's destructive policies prompted the adoption of new EU sanctions and B. Netanyahu's return to power in Israel. Azerbaijan decided to open an embassy in Israel and a representation office in Palestine. 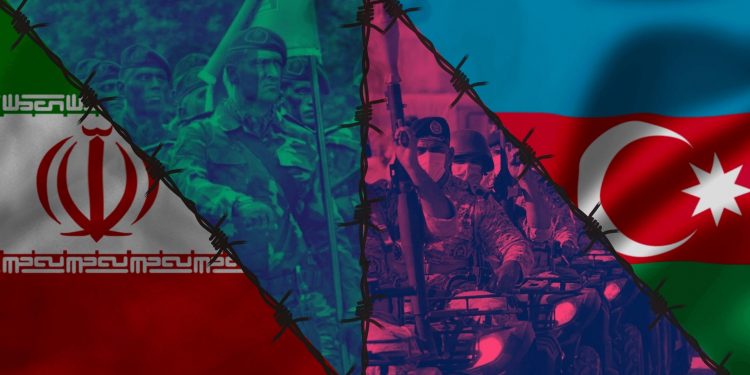 Since Raisi came to power, Iran-Azerbaijan relations have been fraught with tension.

Iran called Armenia’s borders its red line and conducted military exercises near our borders twice. However, there is no real ground for these accusations. In the Prague and Sochi declarations, Baku and Yerevan recognized each other’s territorial integrity, sovereignty and inviolability of borders, and earlier this year Baku and Tehran came to an agreement on the opening of the East Zangezur-Nakhchivan corridor.

Iran’s main goal in manufacturing these artificial tensions was to use the weakening of Russia to increase its own influence in the region, to prevent the opening of the Zangezur corridor and to weaken the Ankara-Baku-Tel Aviv triangle. However, despite all efforts, Iran has achieved exactly the opposite. Baku seized the strategic heights on the conditional border with Armenia and gained a positional advantage. The Armed Forces of Azerbaijan now have Armenia’s strategic roads to Iran under their visual control.

The Zangezur corridor is a commitment that Armenia must fulfill under the agreement of November 10. This is why, despite Iran’s threats, Baku did not back down on its stance on the Zangezur corridor. On the contrary, it includes this issue in the official documents of international organizations.

In response to Iran’s exercises, the special forces of Azerbaijan conducted exercises on the border with Iran. Countries with problematic relations with Iran focused their attention on Baku. M. Çavuşoğlu called the Iranian foreign minister, and the head of Pakistan and the Israeli defense minister called their Azerbaijani counterparts. Çavuşoğlu spoke about friendly ties with Azerbaijan, and Gantz spoke about the development of military ties with Azerbaijan. US State Department spokesman N. Price stated that the United States would continue to support Azerbaijan in the face of Iranian threats. Chief of the General Staff K. Valiyev held separate meetings with the US military attaché in our country M. Cone and NATO Rear Admiral G. Bruåsdal. Both meetings were devoted to the prospects of military cooperation between our country and the USA and NATO.

The State Security Service investigated, exposed and stopped the cases of Iranian intelligence services involving Azerbaijani citizens in military exercises abroad, financing them and using them against our national security interests. The Black Rewards hacker group made public the documents proving that in January and March Iran had made payments of €47,158 and €75,000 to the spy network in Baku and €15,083 and €30,000 to the spy network in Nakhchivan. Meanwhile, Georgian security agencies carried out operations to expose and apprehend the Iranian spy network in the country.

Iran’s destructive policies prompted the adoption of new EU sanctions and B. Netanyahu’s return to power in Israel. Azerbaijan decided to open an embassy in Israel and a representation office in Palestine. A Cyber Security Center will also be opened in Azerbaijan with Israel’s support. The Israeli Ministry of Foreign Affairs and influential Jewish organizations in the United States, such as AIPAC and AJC, called the opening of the embassy a “historic decision.”

The President of Azerbaijan suggested at the Samarkand summit of the OTS that such issues as protection of the rights and national identity (language rights) of Turkic-speaking peoples, including South Azerbaijanis, should be a constant focus of attention within the organization.

Having failed to achieve its goals, Iran sent truce signals to Baku through Khamenei’s adviser Velayati. Velayati said that Iran had no intention of attacking and that it would stand by Azerbaijan should the latter be attacked by a foreign country. In response, H. Hajiyev said that tensions had begun with statements by Iranian officials, and with the military exercises the confidence in Iran had declined, offering Tehran a road map for the rehabilitation of diplomatic relations.

Thus, Iran gained nothing from these tensions; on the contrary, things shifted inside Iran itself, triggering unstoppable processes, and the consequences of these processes will manifest themselves in the immediate future.