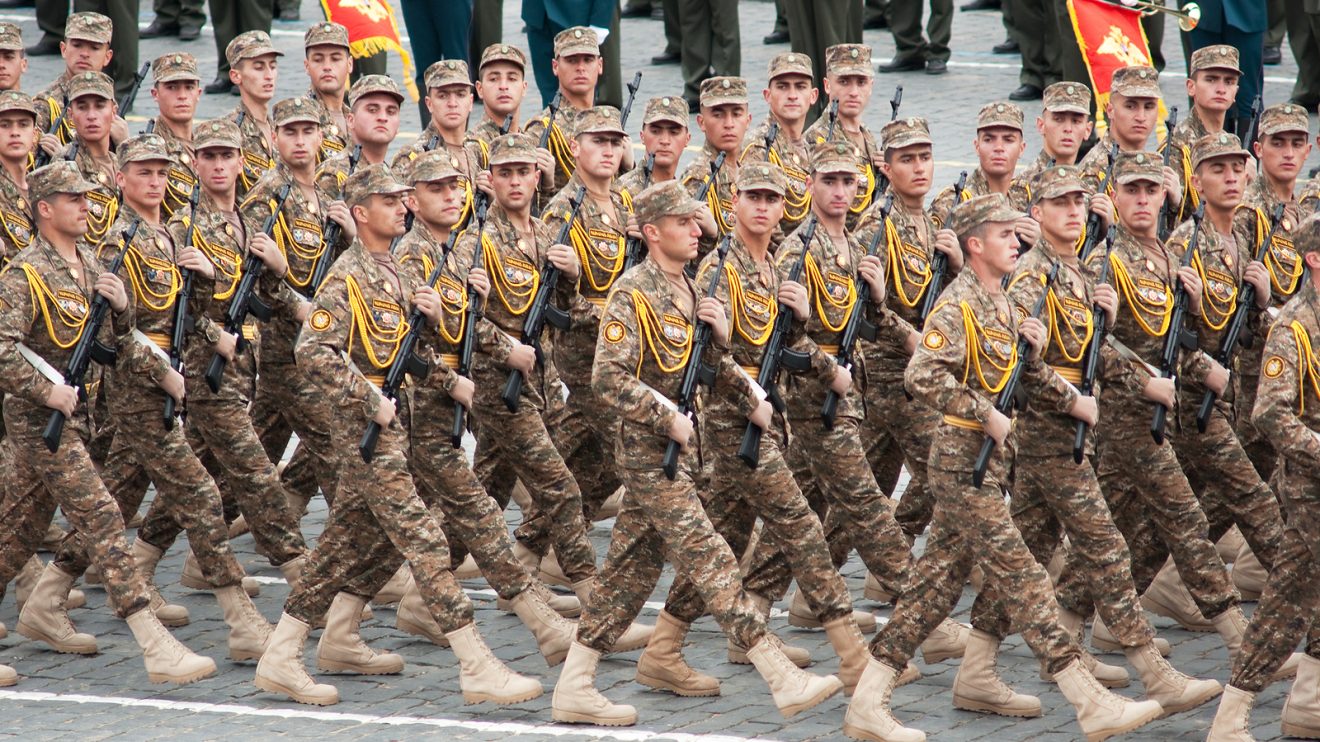 During the latest round of fighting between Armenia and Azerbaijan in the disputed region of Nagorno-Karabakh, which came to an end in November following a Russian-brokered ceasefire, Azerbaijan enjoyed support from two relatively powerful nations: Israel and Turkey.

The former’s relationship with Azerbaijan is mainly limited to the military field, with Azerbaijan fielding hi-tech Israeli equipment, including suicide drones. During the hostilities, Armenia withdrew its ambassador in Tel Aviv in protest.

Turkey and Azerbaijan have an even deeper relationship. The two nations share substantial cultural, linguistic and ethnic links, to the point that many consider them to represent the same people. Dozens of advanced Turkish-made drones were used to devastating effect during the war and Turkish President Recep Tayyip Erdogan gave full diplomatic backing to Azerbaijan’s offensive.

Furthermore, there have been persistent claims that members of Turkish proxy militias in Syria were deployed to bolster Azerbaijani manpower in Nagorno-Karabakh.

In contrast, Armenia stood largely on its own during the six week conflict. Russia stood by idly until the end, when it brokered the ceasefire, allowing for the deployment of Russian peacekeepers to the region. Representatives of western governments expressed their concern at the humanitarian consequences of the conflict, but largely fell short of condemning the Azerbaijani offensive.

Since independence from the Soviet Union, Russia has been Armenia’s primary ally. Armenia is a member of two Russian-led intergovernmental initiatives: the Collective Security Treaty Organisation (CSTO) and the Eurasian Economic Union (EAEU). This makes Armenia by quite some distance Russia’s main partner in the Caucasus and Russia’s only real ally in the region.

For better or worse, Russia has portrayed itself as a reliable partner to whichever state or government proves itself to be friendly enough towards Moscow’s interests.

The substantial military support given to Bashar al-Assad’s regime in Syria and the extensive diplomatic support given to internationally isolated states such as Venezuela and Belarus demonstrate the Kremlin’s policy.

Why then, did Russia largely do nothing to protect Armenia during the latest round of fighting in Nagorno-Karabakh?

When fighting started in September 2020, it was expected that Armenia would invoke security protections guaranteed by the CSTO’s charter and prompt intervention from allied states. However, Russia’s position was clear from the beginning of hostilities: that because Nagorno-Karabakh was part of Azerbaijan’s internationally-recognised territory, the collective defence statute of the CSTO did not apply.

Some commentators, like Nicu Popescu of the European Council on Foreign Relations believe a major reason for this lack of action is that Russia had grown tired of Armenia’s intransigence in negotiations over Nagorno-Karabakh.

Armenia’s initial victory in the 1990s, in which it took control of Nagorno-Karabakh and seven surrounding districts, fuelled sentiments of superiority in Yerevan, making the country’s leadership less forthcoming to concessions and negotiations. Instead of sticking to the parameters of 2009’s Madrid Principles, the Armenian government was perceived by Moscow to be behaving unreasonably, making the Kremlin unwilling to continue providing cover.

This issue became more pronounced after Armenia’s Velvet Revolution in 2018, which brought Nikol Pashinyan to power. Unlike his predecessors, Pashinyan has pursued a multi-vector approach in foreign policy, courting western governments with his stated commitment to democratic principles and liberal economics – much to Russia’s dismay. This has prompted some to believe that Russia deliberately backed off giving more support during last year’s war as a kind of punishment, a demonstration of the consequences of making overtures to Russia’s rivals.

This has shown that Russia is a patchy – at best – ally for Armenia. However, it remains the only country with both the capability and the interest in taking substantial steps to protect Armenia. Yerevan is therefore “stuck” in Moscow’s orbit, so to speak, particularly as it is difficult to envisage any other country having the political will to support Armenia to the same extent that Russia can do so.

While French President Emmanuel Macron has consistently made strong statements condemning Azerbaijan’s offensive in Nagorno-Karabakh and its use of Turkey’s Syrian proxy militias, France has fallen short of giving actual concrete support. However, during May’s flare up between Armenia and Azerbaijan following an Azeri incursion onto Armenian soil, Macron did express his readiness to provide military assistance (pending UN consent) in a phone call with Pashinyan.

France does have vectors of conflict with Turkey, Azerbaijan’s main ally. The two support opposing sides in Libya’s ongoing civil war and have also come to loggerheads over France’s support for Greece in maritime disputes with Turkey. However, if France’s focus is on Turkey, Armenia and Azerbaijan carry only a secondary importance – and Armenia is too far from France’s main foreign policy concerns to expect any substantial support.

This leaves Iran as a potential ally for Armenia. Armenia’s borders with Turkey and Azerbaijan have long been closed; it also maintains a mutually suspicious relationship with Georgia. This leaves the Iranian border as one of Armenia’s only outlets to the rest of the world – and the two countries have enjoyed an unlikely partnership. Furthermore, one of Iran’s main regional rivals is the newly-ascendant Turkey, and the two countries back opposed sides in Syria.

Turkey’s support for Sunni Islamist groups in the Middle East (including the militiamen allegedly deployed to Nagorno-Karabakh) also presents a threat to majority-Shia Iran. In addition to this, Iran also faces an ever-present threat of separatism within its Azeri population. There are more ethnic Azeris in Iran than Azerbaijan, and the recent rise of Turanist or pan-Turkic ideologies (propagated by Turkey) have given rise to separatist sentiments among Iranian Azeris.

However, during the war, Iran – like Russia – pursued a neutral official approach. While expressing concern about the presence of “terrorists” within Azerbaijani ranks, Iranian officials stopped short of condemning Azerbaijan and instead stressed the need for negotiations. After the war, Iranian foreign minister Mohammed Javad Zarif visited both Baku and Yerevan – a clear indication of the Islamic Republic’s neutrality.

Last year’s war in Nagorno-Karabakh brutally exposed Armenia’s isolation in the world. The country is too small, and too economically insignificant to force the world’s powers to commit resources to defend it. That Armenia’s arguments for its ownership of Nagorno-Karabakh run contrary to accepted principles of international law further weakens Yerevan’s international standing.

The war also showed that Armenia cannot afford to alienate Russia. Some candidates running in Armenia’s upcoming elections have openly called for greater integration with Russia – this indicates that the notion is becoming accepted within the country.

It appears that the next challenge for Armenia will be to solidify alliances with regional powers that will guarantee its security without compromising too much on sovereignty – this month’s elections will provide an indication of which way this process will go.