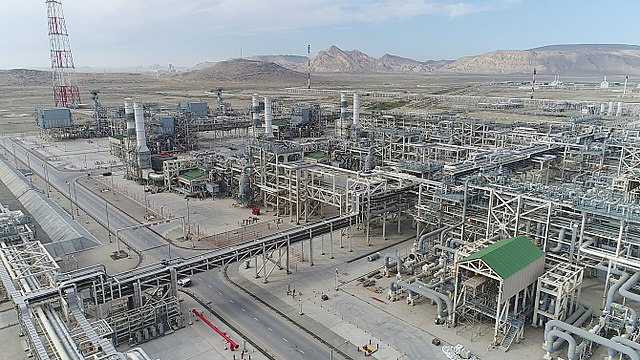 Sangachal Oil Terminal, located on the coast of the Caspian Sea, 28 miles south of Baku, Azerbaijan, May 29, 2018.

Pelosi blamed Azerbaijan for the escalation in violence, which led to the death of 105 Armenian and 71 Azerbaijani soldiers.

But Professor Yusuf Siryet Atkan, who teaches Law at the Istanbul Gedik University and serves on the advisory board of the Dona Gracia Center for Diplomacy in Israel, suggested Pelosi’s position is biased and that the reason Armenia began this war was to distance the West from Azerbaijan.

Azerbaijan’s Human Rights Commissioner Sabina Aliyeva noted that the conflict started when Armenian forces attacked Azerbaijanis in the border regions of Dashkesen, Kelbajar, and Lachin (Clashes Break Out along Azerbaijan’s Border with Armenia), which was a flagrant violation of international law and the Tripartite Agreement signed by Russia, Armenia, and Azerbaijan.

“The military provocation caused casualties among the military servicemen, damage to military and civil infrastructure, and violations of the rights to life, safety, and health of civilians and military personnel,” Aliyeva said, adding: “We strongly condemn the land-mines placed by sabotage squads of the Armenian armed forces in various territories of Azerbaijan, especially in places where large-scale restoration and construction works are carried out, as well as on supply routes.”

Professor Atkan noted that Armenia, possibly inspired by Russia, created last week’s provocations to hamper potential energy cooperation between Baku and Europe, which was looking to Azerbaijan as an alternative to Russian energy in the wake of the Ukraine War.

The 1,099-mile Baku–Tbilisi–Ceyhan pipeline, connecting Azerbaijan’s rich oil deposits by the Caspian Sea to Turkey on the Mediterranean, bypasses Armenia, which has an unresolved conflict with Azerbaijan over the status of Nagorno-Karabakh. In September 2015, the unrecognized Armenian Nagorno-Karabakh Defense Minister Levon Mnatsakanyan, was quoted as saying about the pipeline: “This is a very serious financial resource for Azerbaijan and we need to deprive them of these means.”

In 2020, Azerbaijan claimed that its pipeline had been targeted during the Nagorno-Karabakh war.

Rachel Avraham is the CEO of the Dona Gracia Center for Diplomacy and an Israel-based journalist. She is the author of “Women and Jihad: Debating Palestinian Female Suicide Bombings in the American, Israeli and Arab Media.”