On Sunday, July 4th, an Azerbaijan Airlines Airbus A319 departed Baku for the autonomous republic of Nakhichevan when it experienced an issue with cabin pressure at FL190 – approximately 19,000 feet. After descending to a safer altitude, the crew made the decision to return to Baku, landing safely approximately 40 minutes after taking off. 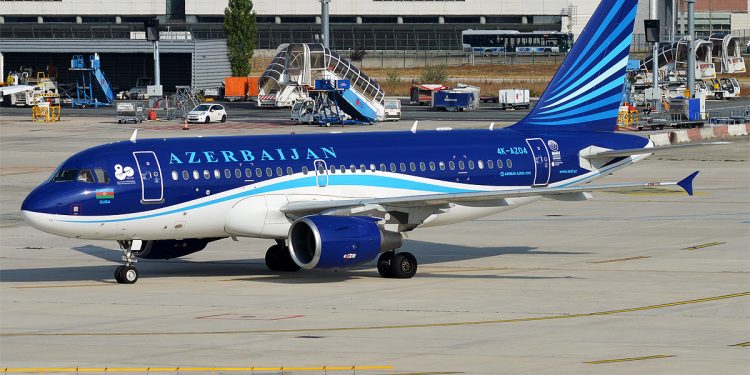 According to The Aviation Herald, the AZAL Azerbaijan Airlines A319 was performing flight J2-2251 from Baku to Nakhichevan and departed at 07:21 local time. Onboard were 122 passengers.

Just eight minutes after takeoff, the crew experienced a problem with the aircraft’s cabin pressure. As a result, the climb was stopped, and the aircraft descended from FL190 down to 10,000 feet. A few minutes later, the decision was made to return to Baku, with a safe landing performed some 38 minutes after departure at 07:59 local time.

The Aviation Herald reports the airline citing “Technical pumping” as the reason for the aircraft’s diversion. This involves the aircraft’s air conditioning system.

According to Aviators Buzz, this aircraft type uses bleed air from the Engine or APU to provide conditioned air to the cabin. The system provides sufficient pressure and airflow to maintain cabin pressurization and a temperature-controlled environment. Dynamic temperature regulation comes into play during an aircraft’s climb and descent, where the exterior temperature changes significantly and aircraft structure and furnishing temperatures follow.

The aircraft involved in the incident was an Airbus A319-100 with registration 4K-AZ04. According to data from ch-aviation.com, the aircraft is nearly 16 years old and has flown with Azerbaijan Airlines since it rolled out of Airbus’ Hamburg assembly facility in 2005.

This A319 is one of four in the Azerbaijan Airlines fleet. RadarBox.com notes that in the past year, the aircraft’s most frequent destinations from its home in Baku have been the following cities:

While this jet was on the ground for two full days after the incident, it returned to service on July 7th, flying a round-trip from Baku to Dubai.

In May, we wrote about this airline’s A340-500 and its impending retirement, which was operating the last commercial service for the type. While schedules at the time indicated that it would be retired by the end of May, it appears that this has been postponed repeatedly. At the time of this article’s publication in early July, the AZAL A340-500 continues to fly its Baku-Moscow service.

Have you ever been involved in a loss-of-pressure incident where oxygen masks dropped down? Share your experience by leaving a comment.

Simple Flying reached out to AZAL Azerbaijan Airlines for comment on the incident. However, at the time of publication, no response was received.