Azerbaijan and Ukraine are moving ahead with large financial claims against Armenia and Russia respectively for their occupations of their territories. 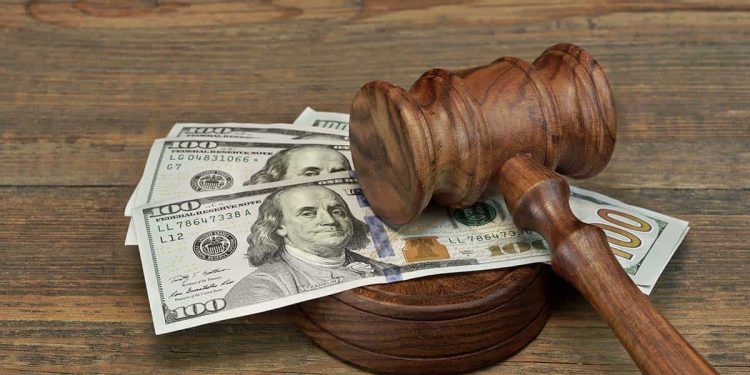 Twenty percent of Azerbaijan was occupied by Armenia for nearly three decades from the early 1990s until the Second Karabakh War in 2020. Twenty percent of Ukraine continues to be under Russian occupation since 2014 and following the February 24th full-scale invasion.

Thomas de Waal writes that Azerbaijan will continue to hold negative feelings towards Armenia  because of, ‘reports and images of devastation to the seven former occupied territories. During twenty-six years of Armenian occupation, they were almost completely levelled, and it will take years to make them habitable again.’ Similar negative feelings now exist in Ukraine. Following the invasion of Crimea and eastern Ukraine in 2014, most Ukrainians blamed Russia’s leadership. However, they now overwhelming hold both Russian leaders and the Russian people responsible for the current invasion. The number of Ukrainians who express positive views of Russians has collapsed from 47% in 2018 to just 3% today.

During Armenia’s occupation practically every building in the occupied seven districts of Azerbaijan were destroyed which took place not during the First Karabakh War in the late 1980s-early 1990s but after the ethnic cleansing of 800,000 people and murder of 4,000 civilians and cessation of hostilities. Residential buildings, educational facilities, hospitals, local government buildings, infra-structure, utilities, mosques and historical sites were purposefully destroyed and their building materials stolen and sold. When Armenian settlers left  Kalbajar and Lachin provinces as part of the November 9, 2020 ceasefire agreement they destroyed everything still left standing, including telegraph poles.

Russia’s destruction in Ukraine has been different and during the on-going war. Russia has fired over 3,000 missiles from as far away as the Caspian Sea at Ukraine with the majority targeting civilian buildings and infra-structure. In addition, Russian artillery and tanks have pulverised Ukrainian cities and towns. Over 100,000 of Mariupol’s pre-war 450,000 inhabitants were killed during the destruction of the port. The Donbas regions of Donetsk and Luhansk, Kharkiv, and Chernihiv are in ruins.

In addition to physical damage, Armenian and Russian occupations of Azerbaijan and Ukraine have brought about huge environmental damage. Armenia’s occupation of seven Azerbaijani districts included deforestation of 50-60,000 hectare of forest, contamination of rivers, and illegal exploitation of natural resources, such as gold mining. Western companies such as Franck Muller, a Swiss luxury watch maker owned by Armenian oligarch Varlan Sirmakes, participated in and financially benefitted from illegal gold mining. Damage to Ukraine’s environment continues to be estimated in an on-going war and has similarities with Azerbaijan in the contamination of drinking water, deforestation, the laying of mines, and air pollution.

Estimates of the damage caused to physical assets and the environment by Armenia’s occupation have grown over time and are still in the process of being finalised. In 2000, long before Azerbaijan had access to the occupied territories, the UN Human Development Report estimated the damages to be $53.5 billion while Azerbaijan at that time believed the real figure was closer to $100 billion. Estimates of damages since the seven districts have returned to Azerbaijani control are as high as $818 billion for physical objects and $285 billion for environmental damage.

Ukraine’s estimates for compensation from Russia grows as Russia continues to indiscriminately launch projectiles during its brutal war. During the first six months of the war, one estimate found the impact upon the Ukrainian economy from the damage and destruction of residential and non-residential buildings and infrastructure (in monetary terms) had reached at least $108.3 bln. European Investment Bank Chairman Werner Hoyer believes Ukraine may need as much as one trillion euros in assistance to repair the damages inflicted by Russia’s invasion. The Economist magazine estimated the cost of rebuilding Ukraine would be $600 billion.

Compensation claims against Armenia and Russia will be pursued in international courts over many years as neither country  will readably agree to pay the demands. Azerbaijan’s legal position was made stronger by Armenia signing the November 2020 ceasefire agreement which recognised it had been illegally occupying seven districts of Azerbaijan. What took place on occupied Azerbaijani lands was Yerevan’s responsibility as the occupying power. Being a poor country and therefore unable to pay is not an argument Armenia could use in international courts. In a future peace agreement ending the war, Russia would be only willing to include compensation demands if it was militarily defeated.

The West has always approached Eurasia in a contradictory way.

Western governments, the G7 and the EU are contemplating nationalising frozen Russian state and oligarch assets which would be used as financial compensation for Ukraine to rebuild the country. Russia has about $300 billions of its reserves in the West and up to one trillion dollars of mainly private-sector assets held abroad. Another option is to add a tax on Russian gas and oil exports to Europe but, with Europe cutting its energy links to Russia, this is unlikely to work.

Taras Kuzio is professor of political science at the National University of Kyiv Mohyla Academy and author of the forthcoming Fascism and Genocide: Russia’s War Against Ukrainians