In spite of the warm political ties between the two states Ankara appears in no great hurry to renew the contract, believing it holds the upper hand. 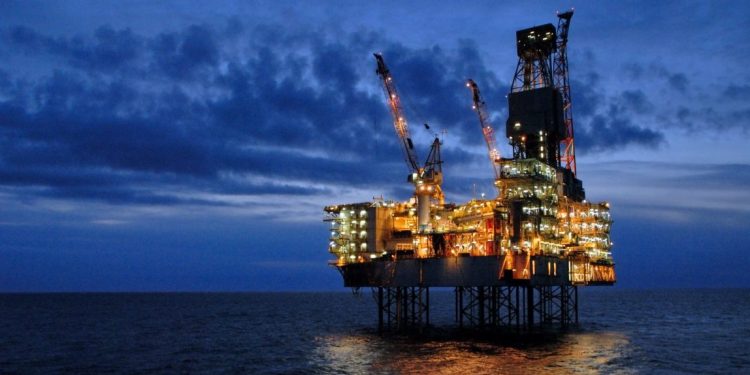 A contract for gas exports from Azerbaijan to Turkey has quietly expired, leaving Baku without the bulk of income from its largest gas consumer while the flow of gas is halted.

BP, which heads the consortium operating Azerbaijan’s Shah Deniz gas field from which the gas is produced and sold to Turkey, confirmed to Eurasianet that flow halted on April 17 after the contract expired, but that talks on renewal “have been going on for some time, and are continuing.”

Under the contract, signed in 2001, Turkey’s state gas importer Botas was importing up to 6.6 billion cubic meters of gas per year from the Azerbaijan Gas Supply Company (AGSC), a company representing the consortium of six companies that developed the Shah Deniz gas field in the Caspian Sea.

Gas sold under this contract arrives in Turkey via the South Caucasus or Baku-Tbilisi-Erzurum pipelines via Georgia.

It represents a little over half the gas that Turkey buys from Azerbaijan. The TANAP pipeline, completed in 2018, delivers 6 billion cubic meters a year under a separate contract. An industry source told Eurasianet that supplies via that pipeline are continuing uninterrupted but have not increased as a result of the other contract’s expiration.

As the contract timed out in spring, when temperatures are rising and Turkey’s gas demand falling, there is no immediate pressure on Ankara to see the contract renewed. Any temporary shortfall in supply could easily be met either from Turkey’s other two pipeline suppliers, Russia and Iran, both of which Botas is believed to have outstanding purchase commitments with, or with imports of spot liquid natural gas (LNG), prices of which are at historic lows.

Despite the delay in renewing the gas export contract, few expect the contract to not be renewed, at least eventually.

There are strong political interests in getting the gas trade flowing again, as the longtime mantra of “one nation, two states” to describe Azerbaijan-Turkey ties has only become more true following Turkey’s heavy support of Azerbaijan in last year’s war with Armenia.

But the gas from Shah Deniz is sold by the BP-led consortium that operates the field, not the Azerbaijani state, meaning that renewal will take place on commercial, rather than fraternal, terms.

Gas markets have changed in the last two decades since the first deal was signed: cheap spot LNG has pushed down prices across Europe, and Turkey has four LNG import terminals with a fifth under construction.

And Ankara has been signaling its desire for better terms with all of its gas suppliers, as the bulk of its has import contracts are set to expire over the next five years. At an industry conference in Istanbul last year, Deputy Energy Minister Alparslan Bayraktar said that Turkey was planning to use the availability of cheap spot LNG supplies to persuade its long-term gas suppliers to lower their prices and offer more flexible conditions. The United States was Turkey’s largest provider of spot LNG last year, providing 45 percent of the country’s supply.

While likely temporary, the failure by the Shah Deniz consortium to renew the Turkey contract before it expired represents a financial blow for the Azerbaijani state, in particular the state oil company SOCAR.

As the ultimate owner of the Shah Deniz gas field, the Azerbaijani state takes take a share of revenues from the field under the production sharing agreement it signed with the Shah Deniz consortium back in 1996.

SOCAR, for its part, holds a 16.7 percent stake in the consortium, which produces the gas, operates the export pipeline, and sells the gas, entitling it to a proportional share in the profits from the gas sale.

This loss of revenue comes as both Azerbaijan and SOCAR were already suffering from reduced oil and gas revenues due to the sharp fall in oil prices caused by the COVID-19 pandemic, which saw crude prices to fall from around $57 a barrel in January 2020 to around $17 barrel by April of that year.

The sharp fall hit revenues for both Azerbaijan’s crude oil exports, and also gas exports, the price of which is indexed against the crude oil price. The country’s GDP shrank an estimated five percent in 2020 on the back of falling energy prices.

While oil prices have recovered – they now stand at around $65 a barrel – they did so thanks to OPEC-sponsored production cuts, which saw Azerbaijan’s production drop by more than 20 percent.