Azerbaijan in talks with Pakistan to buy JF-17 Thunder jets 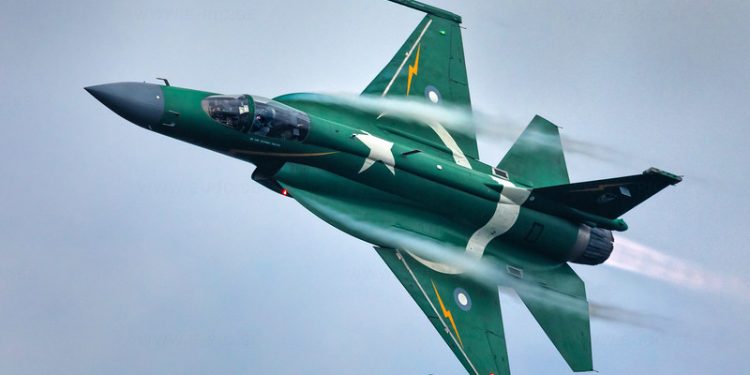 The Military Attaché of the Armed Forces of Azerbaijan to Pakistan, Colonel Mehman Novruzov told media that his country is interested in buying the fighter aircraft.

He confirmed that talks between the two countries had started earlier this year. Both countries are yet to reach a deal in this regard.

“The purchase of JF-17 Thunder aircraft from Pakistan is a key item on our agenda,” said Colonel Mehman Novruzov.

JF-17 Thunder fighter jet, manufactured by Pakistan with the cooperation of China is getting international recognition with more export orders.

In September, reports emerged that Pakistan had received an international order for the supply of 12 fighter jets JF-17 Thunder Block III to Iraq.

Reports cited sources as saying that officials from Pakistan and Iraq held various rounds of talks to finalize the defence deal.

This was the first ever exhibition of Pakistani defense goods in Iraq which is one of the main buyers of military hardware after the Gulf nations and Egypt.

Nigeria and Myanmar have already inducted these jets in their fleet.

In May this year, Pakistan had formally handed over to Nigerian Air Force in an official ceremony at Makurdi, Nigeria.