Traditionally, the price of gold is strongly influenced by the income behavior of the US government bonds and the movement of the dollar index. 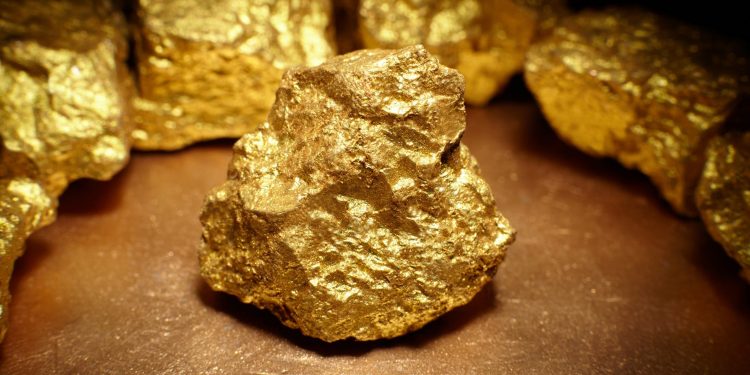 The price of gold has begun to rise again. Gold acts as a safe haven asset against the backdrop of high inflationary pressure in the United States, an unprecedented build-up of government debt and a surge in imported inflation around the world, putting pressure on the world’s reserve currencies. Demand for gold increased noticeably amid the conflict in Ukraine and anti-Russian sanctions, and investors are increasingly using the precious metal to hedge risks. Expecting a large-scale collapse of the stock market this fall, experts believe that the global demand for gold may continue for a few more years. Such prospects promise a steady growth in export revenues for Azerbaijan, as the country expands exploration and development of new deposits, Caliber.Az reports.

In 2021, gold did not gain significantly in value amid rising inflation, as investors found more profitable instruments to protect themselves from rising prices amid the post-pandemic economic recovery, investing in real estate, stocks, cryptocurrency. However, these types of assets stopped growing in 2022, so investors’ interests shifted back to the “eternal” metal. Gold has historically proved itself well in conditions of hyperinflation, moreover, even when inflation was just over 3%, the price of gold was increasing by an average of 14%.

This year, the consequences of the imbalance in traditional monetary mechanisms have been felt more strongly, resulting in unprecedented price hikes in the US: for example, annual inflation in the country accelerated to 8.5% in the first quarter, the highest since 1981, and this negative trend continues to affect other parts of the world as well. Not surprisingly, an increasing number of investors are turning their attention to gold, which has traditionally been a safe haven asset that is growing in demand amid inflation and geopolitical instability. At the end of March the international rating agency Fitch Ratings upgraded its forecasts for the value of precious metals in 2022-2024, linking increased demand and prices for gold to the situation around Russia and Ukraine and the growing inflationary pressure in the world. The recent statements of reputable experts in the United States regarding the prospects of the US currency are not very encouraging either: for example, CEO of JPMorgan Chase Jamie Dimon said recently that there is a growing risk that the Federal Reserve System (FRS) tips the economy of the country into recession. In turn, former US Treasury Secretary Larry Summers said that a recession is “the most likely thing” to happen to the American economy, recommending that investors should buy more gold, silver and cryptocurrencies.

Traditionally, the price of gold is strongly influenced by the income behavior of the US government bonds and the movement of the dollar index. But this year the price of the precious metal was also actively affected by geopolitical risks in Eastern Europe: tensions between Russia and the West increased gold prices in mid-March to an eight-month high of $2,078 per ounce, forcing investors to avoid more risky assets and choose safe investments in precious metals. Despite a certain adjustment in gold prices in early April, underlying trends began to pick up in recent days, with the price of the June gold futures on the New York Comex Exchange exceeding $2,000 per troy ounce on Monday. According to the DailyFX analytical portal, medium-term inflation expectations are shifting upward and this is likely to continue to put pressure on precious metal prices.

In this regard, it is possible to expect an increase in the quotes to new record highs, around $2,200 per ounce, even taking into account the increase in the discount rate of the US Federal Reserve and some strengthening of the dollar. In the base scenario for the second quarter of this year, gold quotes will remain in the range of $ 1,800-2,000 per troy ounce.

Therefore, in the next few years, we can expect the price of precious metals to remain steadily high, and global demand will inevitably stimulate gold mining companies. According to the World Gold Council (WGC), in recent years, global gold mining companies have no longer been able to find new gold deposits with high precious metal content to compensate for aging deposits. Global gold production has been very rapid and most of the deposits currently in operation have been largely depleted. This means that in the future gold supply in the world market will decrease, and, consequently, the price of this precious metal will inevitably rise. In the current environment, according to WGC experts, there is a noticeable increase in investor interest in the development of numerous small and medium-sized gold deposits in Africa, Southeast and Central Asia, Turkey and, of course, in Azerbaijan.

Thus, the increasing world demand for gold is more positive than ever for Azerbaijan, where the company operating in the mining segment of the economy, Anglo Asian Mining (AAM) and state-owned CJSC AzerGold, plan to expand exploration, increase production of gold-bearing ore at new deposits and its processing with the use of modern technology.

In particular, this year AzerGold plans to produce 61,074 ounces of gold and 122,147 ounces of silver. In order to ramp up production, the company has started work on the underground, sulfide phase of development of Chovdar deposit in Dashkesan: projected gold reserves at this stage are estimated at 320,000 ounces, and recoverable reserves at 212,000 ounces, which exceeds 2016 forecasts by 33,000 ounces. Specifically, according to CJSC, an ore processing plant is under construction at the Chovdar processing site, with the facility scheduled to become operational between 2022 and 2023. The ore will be processed using the carbon in leaching (CIL) method, which ensures maximum efficiency. AzerGold will allocate about AZN 73 million for stripping, mining and transportation at the Chovdar site for ore treatment as part of the sulfide phase of development, as well as for grinding of oxide rock from Agyokhush-2, Mereh and Chovdar deposits. This year, ore mining will be launched at the new Tulallar deposit in Goygol District, and the ore extracted here will be also sent to the new processing plant. In the medium term, the new plant is expected to process gold ore from Narimanli deposit discovered in 2021. In total, AzerGold plans to commission a total of 10 deposits by 2029, four of which are gold deposits, one polymetallic deposit, three copper deposits and two iron ore deposits.

In turn, Anglo Asian Mining (AAM), which mines precious metals from the Gadabay and Gosha contract areas, this year plans to launch mining operations at the new Avshanjli deposit in the Gadabay contract area. Today AAM also continues appraisal drilling at the new Zafar copper-gold deposit and prepares to start exploration at Ordubad deposit in Nakhchivan Autonomous Republic. It bears recalling that by the end of fiscal year 2021 AAM received a record profit of $37.5 million in Azerbaijan, which exceeds the 2020 figure by 21.35%. During the reporting period, the company produced over 2,180,000 tons of ore. The output will increase further as AAM has discovered a new sub-vertical Hasan gold vein south of the main Gosha gold mine, where geological and structural mapping is currently underway, as well as planning for underground development of the vein.

But the most remarkable event for the country is the preparation for the development of gold deposits in the territories of the Karabakh region liberated from occupation. In particular, Anglo Asian Mining, the operator of three contractual deposits Souteli, Gizilbulag and Veijneli, is stepping up in this area. “The company will fully assess the potential of the three contract areas after it obtains permission for access from the Azerbaijani government. During the Armenian occupation, all three contract areas were illegally mined: the conflict has caused significant damage to the entire region, so significant investment will be needed to repair and rehabilitate the mines,” Anglo Asian Mining President & CEO Reza Vaziri said earlier this year.

Extraction of nonferrous and precious metals will also start at the Gashgachay, Elbeydash and Agduzdag ore deposits, the operation of which was recently transferred to the Turkish Eti Bakır and Artvin Maden companies. This is a very promising area: up to 100 gold veins with an average gold content of 6.72 grams per ton have been explored at Agduzdag mine in Kalbajar District alone. In general, according to preliminary expert assessments, there are five major deposits of gold and other precious metals with estimated reserves of about 132.4 tons in the liberated territories.

AzerGold has also announced the launch of a geological prospecting program for gold deposits in the Karabakh region, which is scheduled to last until 2025. In particular, the CJSC started relevant activities, including studying hyperspectral satellite images, conducting remote sensing (non-invasive) studies to explore potential deposits of gold and other precious metals in the Tutkhun basin and its vicinity—in Orujlu, Bashlibel, Khanlanli, Asrik, etc. In the future, in order to carry out drilling and other geological prospecting operations, these territories should be demined, and the appropriate actions are already being taken to this end.