Azerbaijan is ready to provide Europe with emergency gas supplies

Azerbaijan is ready to supply Europe with some emergency gas should tensions between Russia and Ukraine disrupt shipments. 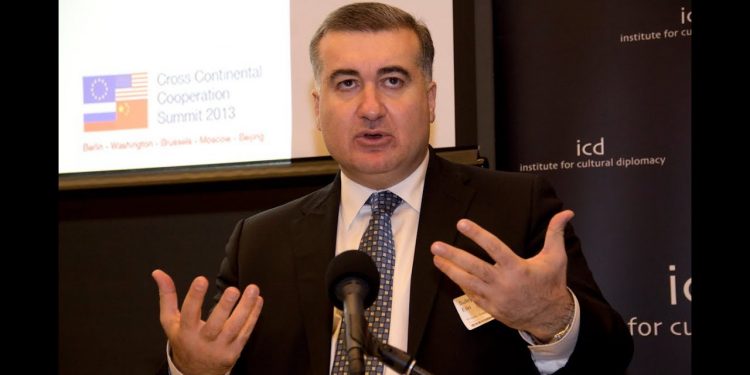 While additional exports wouldn’t be enough to replace top supplier Russia, the energy-rich nation can send more volumes to the continent, said Elin Suleymanov, Azerbaijan’s ambassador to the U.K. Still, any significant boost in volumes would require Europe to sign long-term gas contracts.

Europe is seeking to secure alternative sources of gas should shipments from Russia be halted or disturbed, and Azerbaijan has already provided extra supplies to Turkey after flows from Iran were halted. Energy Commissioner Kadri Simson has held talks with the U.S. and Qatar, and will on Feb. 4 attend a ministerial meeting of the Southern Gas Corridor – a network backed by the European Union that began delivering gas from the Caspian Sea to southern Italy more than a year ago.

“If there is an urgent need as we saw in Turkey, some volumes of course would be made available,” Suleymanov said in an interview in London. “But Azerbaijani volumes are not equal to the Russian volumes, that’s obvious.”

Azerbaijan can produce more gas and expand its Southern Gas Corridor, a supply system partly owned by British oil major BP Plc that took more than seven years and $33 billion to be built. It can also channel flows from Turkmenistan as the two nations are set to develop a previously disputed field in the Caspian Sea, Suleymanov said.

But any immediate boost to supplies would be limited, with a significant increase requiring European buyers to sign long-term gas contracts. That’s because energy infrastructure is expensive and it takes years to build, so nations investing in new projects need to guarantee they will have buyers.

The deals favored by Azerbaijan are also a requirement imposed by Russia. With Europe transitioning fast to cleaner forms of energy such as wind and solar power, President Vladimir Putin has repeatedly said that these types of deals will be needed if Russia is to invest in increasing exports to Europe.

“We don’t look at energy security and potential expansion and increase in volumes through a short term crisis, you cannot succeed with short-term mandates,” Suleymanov said. “It’s long-term planning, it is a process, it’s not like someone shows up and says ‘Give me more gas.’”

Azerbaijan will also have to take into account its own domestic consumption — which runs high in the winter — before providing more gas to Europe. The Caspian nation can’t replace Russia and Western partners should understand that in their confrontation with Moscow, he said. While Russia has been building troops on the boarder with Ukraine, Putin has denied it plans to invade.

“The reality of the crisis doesn’t mean just potential military confrontation, it also means lack of energy supplies, energy shortages,” he said. “Even without confrontation, we have just lived through an energy crisis in Europe.”

European gas prices more than tripled last year as demand rebounded at a time supply just couldn’t keep up. Production in the continent has been in decline for years, Russia has been curbing supplies since the summer and lower renewables output left countries from France to Germany relying on dirty coal and even oil to keep the lights on.

“By now the coal production probably polluted more air within a couple of months than gas would do in years,” Suleymanov said. “There is certain hypocrisy in this.”

Azerbaijan could contribute to some normalization of tensions between Russia and Ukraine. While the nation isn’t playing any mediation role at the moment, it has good relations with both former Soviet Union partners, he said. President Ilham Aliyev was the most recent head of state to visit Ukraine, while at the same time having “strategically aligned” interests with Russia.

The meeting of Southern Gas Corridor will host representatives of the U.K., the U.S., the EU and Turkey, Suleymanov said.