As being one of the rarest countries Azerbaijan achieved positive results at the successful implementation of “Millennium Development Goals” of UN under the supremacy of great leader Heydar Aliyev from 2000, and for the contribution to tolerance, multiculturalism, stimulating and assuring gender equality, diminishing poverty in a short term, retaining health of people, raising education standards of population, ameliorating environment, writes Mazahir Afandiyev, member of the Milli Majlis of the Azerbaijan Republic. 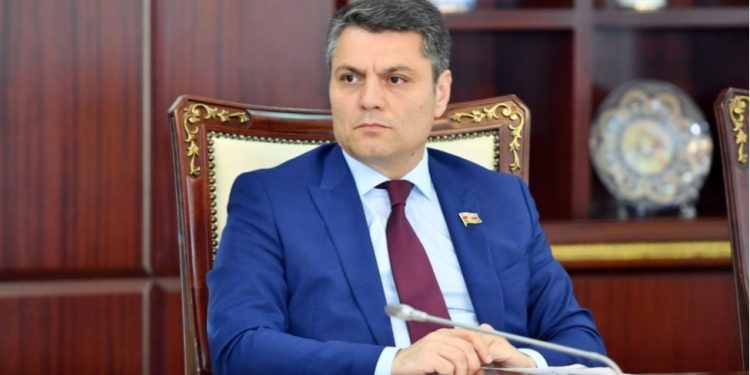 Mazahir Afandiyev, member of the Milli Majlis of the Azerbaijan Republic.

Azerbaijan met many of the MDGs, including halving extreme poverty and hunger (reached in 2008), achieving universal primary education (attained in 2008), eliminating gender disparities in primary and secondary education and reducing the spread of certain deceases. That is the main reason the President of Republic of Azerbaijan Ilham Aliyev and our country were gratified with “South-South” award in 2015 due to policies that aimed to realize MDGs successfully.

This award is considered one of the essential awards that is introduced to the countries made significant progress at the realisation of MDGs.

In October 2016, the President of Azerbaijan signed a decree establishing the National Coordination Council for Sustainable Development (NCCSD) chaired by the Deputy Prime Minister to also become an active participant of 2030 Agenda.  This marks a significant step towards integrating Sustainable Development Goals (SDGs) into national development agenda in Azerbaijan. Policy documents and roadmaps have been developed within NCCSD has already supported Azerbaijan’s development trajectory to support its ambitions toward SDGs.

As a result of intensive consultations with various stakeholders within and outside of the government, 17 SDGs, 88 targets and 119 indicators were deemed a priority for Azerbaijan. Due consideration is given to the “Leaving no one behind” pledge of the 2030 Agenda and the government will serve to improve the economic and social welfare of the country as a whole, including everyone living in our country, in the spirit of strengthened global solidarity with a special focus on addressing the needs of underprivileged sections of society.  Azerbaijan has already submitted 2 Voluntary National Review (VNR) on the country’s Sustainable Development Goals at High-Level Political Forum (HLPF) at the UN headquarters in New York, USA.

Azerbaijan is the first country in the region and CIS area to submit its third Voluntary National Review (VNR). The establishment of a just, equitable and inclusive model of sustainable development for everyone is one of the key priorities for the Republic of Azerbaijan, mentioned in the 3rd VNR. The National Coordination Council on Sustainable Development and the Ministry of Economy lead VNR process with the support of UNDP country office through the consultation with various stakeholders including the parliament, line ministries, public institutions, NGOs, private sector and academic institutions.

Azerbaijan is entering a strategic phase in this new post-pandemic and post-conflict era which spans from 2021 to 2030. Acknowledging global trends and challenges, the Government of Azerbaijan sets the country’s long-term development vector and pathways to socio-economic and environmental development through five corresponding national priorities (approved by Presidential decree) for the subsequent decade. These priorities aligned with Azerbaijan commitments under the 2030 Agenda.

Despite the challenges to monitor and measure the success of global goals, the reports introduced by countries allow to follow the implementation process in international levels. The Sustainable Development Report 2021, one of the most important report to monitor the implementation processes, is the seventh edition of independent quantitative report on the progress of UN Member States towards Sustainable Development Goals (SDGs). The report for 2021 has a special focus on the recovery from the COVID-19 pandemic and the decade of action for the SDGs.

Azerbaijan scored the best results among Caspian Sea and South Caucasus countries evaluated in the Sustainable Development Report 2021, has ranked 55th among 165 countries with an overall index score of 72.4, to the Sustainable Development Goals (SDG) adopted by the United Nations. The country of 10 million people demonstrated a strong commitment to all seventeen goals given the overall indicators outlined in the document. I also would like to mention that this index is about 70.9 among countires in Eastern Europe and Central Asia.

Beside major succes in implementation of SDGs in the world, global crises caused by the pandemic of COVID-19, since early 2020, can compromise the world commitment to the 2030 Agenda for Sustainable Development. The Sustainable Development Report 2021 clearly shows a unique pattern of interconnectedness between SDGs that can be related to COVID-19 consequences.  The SDG4 (Quality  Education) is the main goal has decreased in success in the world and Azerbaijan too.

Nevertheelss, as the result of President Ilham Aliyev’s strategic view of the fight against coronavirus, Azerbaijan is in track and maintaining achievement in SDG1 (No Poverty) and SDG6 (Clean Water and Sanitation), also moderately improving on SDG 3 (Good Health and Well-being), SDG7(Affordable and Clean Energy), SDG 13 (Climate Action), and SDG 11 (Sustainable Cities).

Moreover, I would also like to note that Azerbaijan is the most sensitive country in the South Caucasus to the negative consequences of climate change in terms of the diversity and geographical location of its climate zones. In this regard, the achievement of SDG13 (Climate Action), which is closely linked to all other goals of the agenda, is an important goal for our country, and failure here may hinder the achievement of SDG6 (Clean Water and Sanitation) and SDG15 (Life on Land).

Unfortunately, Armenia’s three-decade occupation extensively damaged the ecosystem, wildlife and natural resources in and around the occupied territories of Azerbaijan. Armenians also resorted to large-scale acts of ecological terror in regions they had to leave under the trilateral November peace deal that stipulated the return of Azerbaijan’s occupied territories. Moreover, every year, Armenia constantly polluted transboundary water resources with chemicals and biological substances. This, in turn, undermines the success of the SDG6.

In 2006 the UN General Assembly Resolution A/RES/60/285 on “The situation in the occupied territories of Azerbaijan” had also called for an assessment of and counteraction to short and long-term environmental degradation of the region. Also, in 2016, the Parliamentary Assembly of the Council of Europe adopted Resolution No.2085 titled “Inhabitants of frontier regions of Azerbaijan are deliberately deprived of water”, demanding the immediate withdrawal of Armenian armed forces from the concerned region and allowing access by independent engineers and hydrologists to carry out a detailed survey on the spot. All these facts shows the general damage on environment of Azerbaijan as a result of illegal occupation for years.

Nevertheless, 30 years of ecological terror have ended with the liberation of the Azerbaijani village of Sugovushan, and work is underway to ensure ecological balance and create a sustainable, clean environment in the Tartar, Goranboy and Yevlakh regions.

As a result of the victory of the victorious Azerbaijani Army, 30 years of illegal occupation were ended, thus, for the first time in years, our country has made progress towards the goal of SDG16 (Peace, Justice and Strong Institutions).

I am confident that as a result of the peace and stability to be established by our country in the South Caucasus, permanent cooperation (SDG17) will be established, and the goals in common to the region will be successfully implemented. 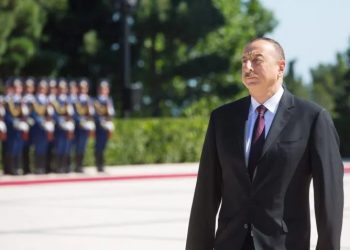