Tens of millions of Azerbaijanis living throughout the world celebrate today the Independence Day, which marks the anniversary of the establishment of the entire Muslim World's first democratic statehood - the Azerbaijan Democratic Republic on May 28, 1918. 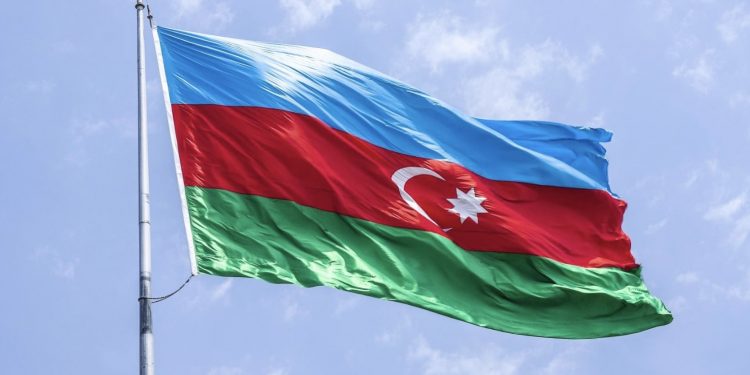 The creation of the first democratic, parliamentary, and secular state in Islamic geography is a just cause for Azerbaijanis to be proud of their country and ancestors. President Ilham Aliyev has repeatedly said that the Azerbaijan Democratic Republic’s establishment testifies to the greatness, and freedom-loving, and progressive nature of the people of Azerbaijan.

“The newly established Azerbaijan Democratic Republic fulfilled its historic task with an ultimate honour and dignity,” Azerbaijani President Aliyev said in his order to honour solemnly the 100th anniversary of ADR in 2018.

“From the very first days of its existence, the Azerbaijan Democratic Republic, based on the principles of the people’s power and the equality of people, gave the same rights to all citizens of the country, eliminating the race, nationality, religion, and class inequality. The laws passed by the Republic’s Parliament throughout one and a half year of its activity allowed for strengthening the independence of the national state, the rapid advancement in political and economic development, culture, and education,” he noted.

The Azerbaijan Democratic Republic (ADR), with a population of about 4.6 million and a territory of 114 thousand square kilometres (44 square miles), ushered in the traditions of a parliamentary republic, which was the first of its kind amongst the Muslim and Turkic nations. It was based on a secular and parliamentary rule that was mandated through a universal, free, and proportionate election process. Major achievements of ADR have pioneered fundamental changes that touched almost all fields of national life in Azerbaijan. The 23-month-long existence of the ADR government until the Soviet subjugation on April 28, 1920 has cemented the pillars of the statehood of Azerbaijan for the decades to come.

In June 1918, the ADR government adopted the national flag, established the national army, and announced the Azerbaijani Turkic language as the official state language. The national flag contained a white crescent and a white eight-pointed star on a red background. However, on November 9, 1918, the government changed it to the modern-day tricolour flag to symbolize the Turkic origin of Azerbaijan (blue), progress and modernity (red), and Islamic belief in the Caspian country (green).

On June 26, 1918, ADR authorities announced about the creation of the national Armed Forces. A day later, the Azerbaijani language was approved as the main language for all correspondence and negotiations. The ADR government also established the Baku State University, Azerbaijan’s largest education and scientific centre that harbingered introduction of a European-style high school in the entire Muslim East.

While the United States and some Western European countries could not come to common grounds to green light women’s participation in elections, the ADR granted unrestricted suffrage to women in 1918, making Azerbaijan one of the first countries in the world – and the first Muslim majority nation – to grant females political rights equal to those of men. The entire East has for the first time seen women attending elections next to men, which was a quite uncommon and unexpected practice in this conservative region. It was only two years later, in 1920 when women in the US were given the right to vote. By granting women the right of universal suffrage, ADR left also the Benelux countries (1919), and France and Italy (1945) behind.

The foreign relations have made one of the pillars of newly founded and independent Azerbaijan. The Ottoman Empire has become the first international partner of the ADR after the two sides signed a bilateral friendship agreement. The European nations and the US have recognized the ADR government at the Paris Peace Conference in 1919. A delegation led by the Chairman of the Parliament Alimardan bey Topchubashov met a member of the US delegation, Henry Morgenthau, and President Woodrow Wilson in Paris.

“There [the Paris Peace Conference] came in a very distinguished group of gentlemen from Azerbaijan,” Wilson wrote later while recalling the meeting, “I was talking to men who talked the same language that I did in respect of ideals, in respect of conceptions of liberty, in conceptions of right and justice.”

A British initiative by Prime Minister Lloyd George at the Paris Peace Conference ended with the issuing of a resolution of de-facto recognition of the Azerbaijani government by the Allies and the Entente in January 1920.

Despite its recognition and diplomatic successes, Azerbaijan’s participation in the system of international relations was interrupted due to the military intervention of Soviet Russia in April 1920. The republic was overthrown by the Bolshevik forces on April 28 in 1920 and Azerbaijan was declared as the Soviet Socialist Republic. The modern-day Republic of Azerbaijan, which regained independence from the dissolved Soviet Union in 1991, identifies itself as the successor of ADR.

The ADR is known to be the embryo of modern-day Azerbaijan, and Today’s Republic of Azerbaijan is officially considered the descendant of the Muslim World’s first democratic statehood.

By building on the successes achieved by the ADR, Azerbaijan today enjoys a high international recognition and respect amongst the global community. The country is the largest and wealthiest in the South Caucasus region in terms of territory, and political and economic power, which makes it a key player in regional decision-making processes.

Today, Azerbaijan is represented in major international organizations, including the United Nations, the Non-Alignment Movement, the Islamic Cooperation Organization, the Black Sea Economic Cooperation Organization, the Commonwealth of Independent States, the European Council, the Organization of Turkic States, and others. The country also closely partners with NATO and the European Union (EU). A peacekeeping contingent of Azerbaijan was the one and only mission from the Muslim world to support non-military ISAF and Resolute Support missions of NATO in Afghanistan.

The role of Azerbaijan in the European energy security has been on the rise over the recent years. Currently, the demand for the Azerbaijani natural gas is growing amidst the crisis in Ukraine. The European countries would like to increase supplies from the country, given the EU’s sour relations with its main gas supplier Russia. Today, Azerbaijani gas reaches the European markets on the Southern Gas Corridor mega pipeline. Annual transportation volume is 10 billion cubic meters. However, the Azerbaijani authorities have announced their readiness to ramp up the deliveries.

Azerbaijan is also cooperating with global powers in major transport projects, including China’s “Belt and Road” multi-modal mega transport project, the North-South International Transport Corridor, the International Trans-Caspian Transport Corridor, as well as other key regional projects. The Baku-Tbilisi-Kars railway stretching from the country to Georgia and Turkey, and further to Europe is seen as a vital chunk in projects aimed at spanning a greater region traversing dozens of countries from East to West.

The role of Azerbaijan in global politics was on the rise given the country’s geopolitical location and regional influence. In 2017, Baku hosted the 7h Ministerial Conference of the “Heart of Asia” – Istanbul Process – an important regional platform for political dialogue and close regional cooperation aimed at promoting stability, peace and prosperity in the Heart of Asia region, and for enhancing Afghanistan’s connectivity with the entire region. High-ranking state officials from around the world gathered in Azerbaijan in another major political event – the 18th Congress of the Heads of States and Governments of the Non-Alignment Movement in 2019 to discuss the key issues concerning regional and global agenda.

Azerbaijan has also got a high mark from the global sports community over the years by hosting major sports events, including the first pan-European Olympic Games, known as European Games (2015); the Islamic Solidarity Games (2017), four games of the Euro 2020 football tournament (2021), the Formula-1 Azerbaijan Grand Prix (2016 – to present), and dozens of other events of regional and global significance.

Modern-day Azerbaijan is a source of pride for all Azerbaijanis who live in the country and beyond its borders. Preserving the rich historical heritage, combined with the country’s openness and aspiration for the future, are the two key elements of Azerbaijan’s rapid development and prosperity.

Today’s Azerbaijan is a prosperous country looking to the future. What this future will be depending only on us, the Azerbaijanis, and our contribution to the construction of a new, even more modern Azerbaijan.