104 years have passed since the establishment of the Azerbaijani Armed Forces. 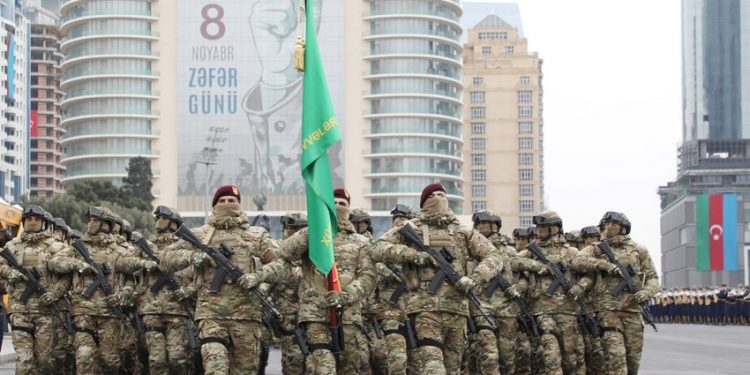 On June 26, 1918, the first regular military unit – the Detached Corps of Azerbaijan was established by the decision of the Council of Ministers of the Azerbaijan Democratic Republic. Military Ministry organized at that time, and its governing board representatives Samad Bey Mehmandarov, Aliagha Shikhlinski, and other military experts carried out essential reforms in army building in Azerbaijan.

Modern army building in Azerbaijan started in the 70s of the last century. In 1969, Heydar Aliyev came to power and aimed to prepare the national personnel of officers, so army building in Azerbaijan started. A military school named after Jamshid Nakhchivanski was opened in Baku. The work done, the involvement of the young people in that school, and the army schools abroad gave a great impetus to the development of professional staff for Azerbaijan. 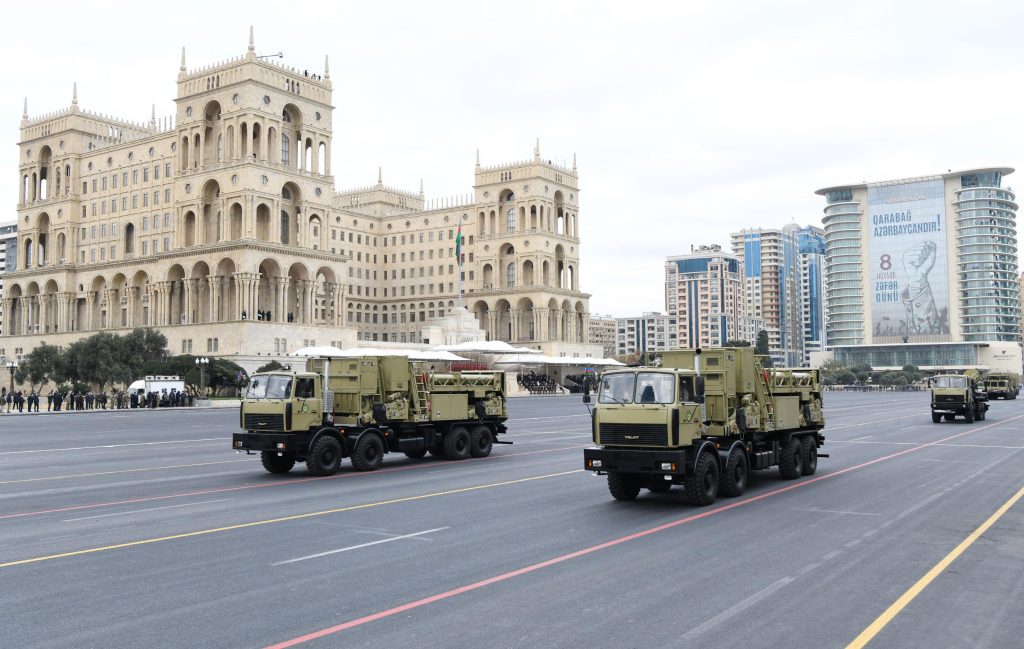 After the restoration of state independence, Azerbaijan faced a severe crisis in the military field. The main issue of Azerbaijan, which did not have a regular army, was to take control of the situation in the battles for Karabakh. However, it was done with incredible difficulty. The army had problems with material and technical supplies.

Gradually, to avoid the defeat in war, all facilities were mobilized for the country’s national army building. The first serious steps were taken from voluntary battalions to the regular army. The military mobilization and conscription were partially settled. On October 9, 1992, the military parade held in Baku was a significant step taken to increase the trust and interest, as well as the patriotic spirit.

The formation of a professional army was founded at the end of 1993. Thus, the illegal armed formations were destroyed, unified command and the regular army were established, and the anarchy came to an end. Supreme Commander-in-Chief Heydar Aliyev visited frontline regions and achieved a ceasefire. After that, modern army building began to develop on a fundamental basis.

Based on the decree signed by the national leader Heydar Aliyev on May 22, 1998, an important step was taken in restoring the inheritance traditions in the establishment of the National Army, and June 26 was declared as the Armed Forces Day. 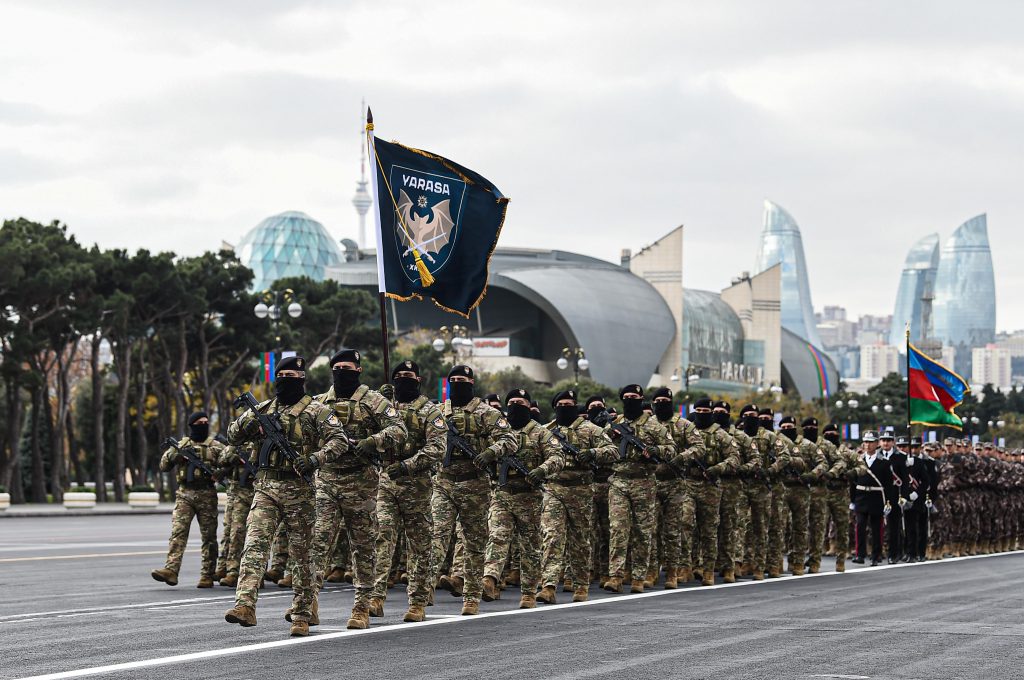 By the decrees and orders of President Ilham Aliyev, who continues the national leader’s policy in army building, the establishment of the military-industrial complex in the country, the improvement process of personnel preparation is successfully carried out. Today, Azerbaijani officers are studying in higher military institutions in many countries around the world.

For the first time in the history of Azerbaijan, the day of the Armed Forces is celebrated with a great victory.

Azerbaijani Army won the victory over the enemy due to counter-offensive operations launched under the leadership of the Supreme Commander-in-Chief for the liberation of our occupied lands on September 27, 2020. Thus, the Second Karabakh War, which lasted 44 days, went down in the history of Azerbaijan in golden letters under the Patriotic War. Thanks to the courage, self-sacrifice, initiative, and determination of the Azerbaijani soldier, who performed his military duties with dignity, our occupied lands were liberated, and the territorial integrity of Azerbaijan was ensured. 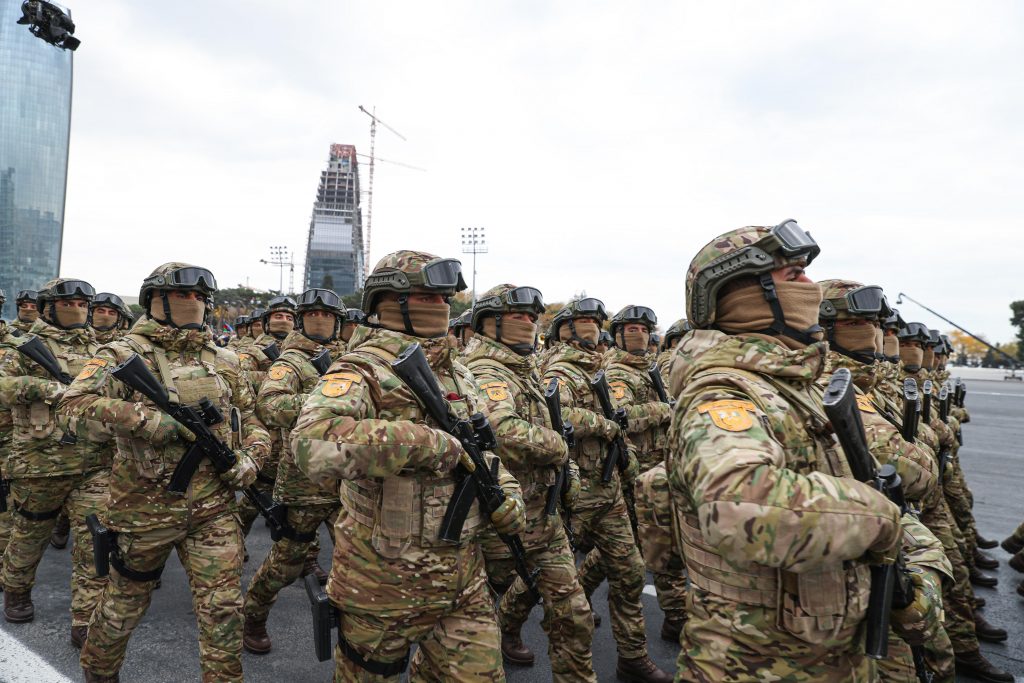 The Azerbaijani soldier has won a great victory for the people of Azerbaijan at the expense of his blood and soul by liberating the lands, which were for almost thirty years under enemy occupation. According to the Defense Ministry, as of June 14, the number of service members of the Armed Forces martyred in the Patriotic War is 2,904.

The great victory achieved by the Azerbaijani people, state, and soldiers together resulted from many years of reforms in army building. Azerbaijan owes this victory to the successful policy, strong will, and determination of the Supreme Commander-in-Chief Ilham Aliyev.